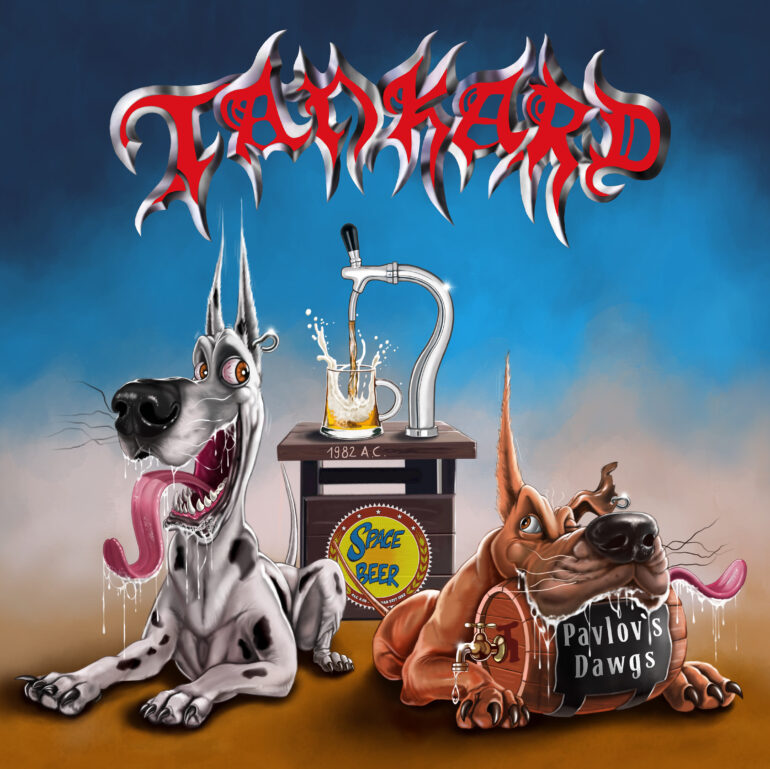 The guys of beermetal band Tankard announce the release of their new studio album just in time to celebrate the band’s 40th anniversary. “Pavlov’s Dawgs” will be released on September 30, 2022 via Reaper Entertainment.

Once again the album was recorded at Gernhard Studio in Troisdorf/Germany in collaboration with producer Martin Buchwalter. The iconic cover artwork is once again penned by Patrick Strogulski.

Gerre comments as follows:
“Our last release “One Foot in the Grave” is already 5 years old, but it’s really true: The older you get, the faster time flies……..Even more pleasing that we managed to have our new work “Pavlov’s Dawgs” beaten in just in time for our 40th band anniversary, which will be released on 09/30/22. As with “One Foot in The Grave”, Martin Buchwalter was responsible for the recordings and the mix, which undoubtedly suits the band more than well! We really put all our efforts into the last months and hope that you like the result as much as we do!!!! With our new record company Reaper Entertainment behind us, we’re going to step on the gas again!
In this sense: Stay healthy and heavy!!!”

The tracklist reads as follows:

“Pavlov’s Dawgs” will be released on CD, colored vinyl, limited earbook with unreleased pictures of 40 years of Tankard and as a limited boxset including two demos on cassette.