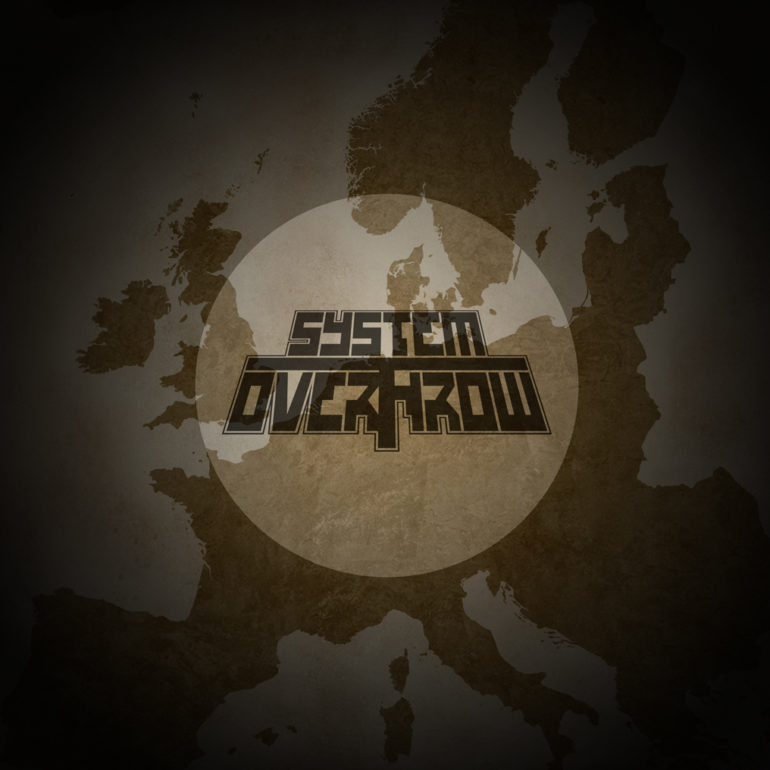 System Overthrow is a Dutch 4-piece old-school metal band, with a lot of speed and thrash metal influences. They are proud to announce that they release their first self-produced album ‘System Overthrow’ at the 1st of August, 2015. I had the honor to listen to the album before the release and wrote a review about it.

System Overthrow: an album made by professionals
The album starts with the title song of the album. In this song the band introduces you to their sound. A lot of speed drums and guitars that rule the song. The vocals sounds like a blend of Michael Kiske (Helloween), Bruce Dickenson (Iron Maiden) and Tom Araya (Slayer) in his early years: it alternates between a low, hoarse voice and a really high one. Aggressive and melodic. Just perfect! The second song, ‘Cry or Die’, has also the alternation between high and low. The melody stays the same almost the entire song, but the vocals make the difference in it. Even though the melody stays the same, it’s not unpleasant to listen to. Sometimes you get the feeling you’re listening to an album of Iron Maiden. The band plays the songs really well and show they’re not just beginners. It’s very energetic, which remains the whole album.

‘Horror’, the 5th song of the album, is another song in whom they prove to be real artists. Musically it’s really tight and singer Willy van der Kaa shows us he’s vocally really strong. The intro of the song is slow and you expect a calm song, but when the vocals start you hear the speed of drums build up. The album ends with ‘Fallen Angel’. A good song to end with, because of the construction. It gives us a time to relax, but also the typical speed sound of System Overthrow won’t go away. A song that everyone who loves heavy metal, would play over and over again.

Conclusion
System Overthrow gives us an album made by professionals. Musically it’s amazing and the only small disadvantage I can mention, is the sounds of the drums. A bit louder in the mix would be better. The whole album makes me very enthusiastic, so I’m gonna listen to the album again tonight!