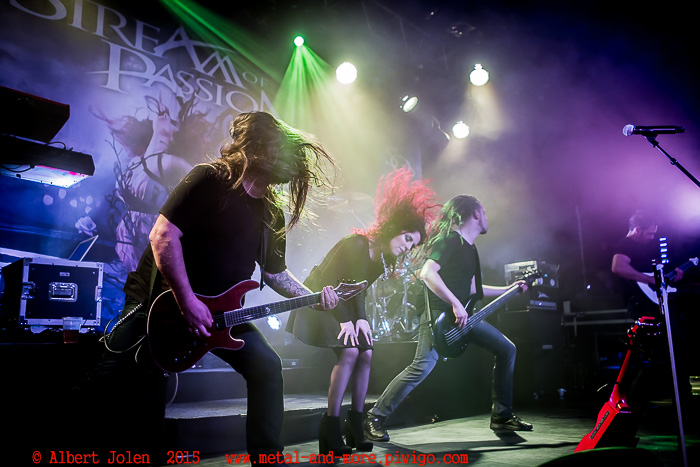 May 8, 2015 | Boerderij, Zoetermeer – The Dutch gothic metal band Stream Of Passion played at Boerderij, to celebrate their 10th Anniversary of their debut album ‘Embrace The Storm’. The support acts this evening were Kingfisher Sky and Synergy Protocol. Check the pictures John Scheffers and Albert Jolen made.

Stream Of Passion
Next year it is 10 years since the debut album ‘Embrace the Storm’ came out. To celebrate this, Stream Of Passion gave an exclusive and special show in the Boerderij, where the band played the complete album.

Kingfisher Sky
Kingfisher Sky is founded in 2001 by drummer Ivar de Graaf (ex-Within Temptation) and vocalist Judith Rijnveld. In 2014 they released their third album ‘Arms of Morpheus’. With the perfect blend of all of their musical influences, Kingfisher Sky takes you on a musical journey with a lot of surprises along the road.