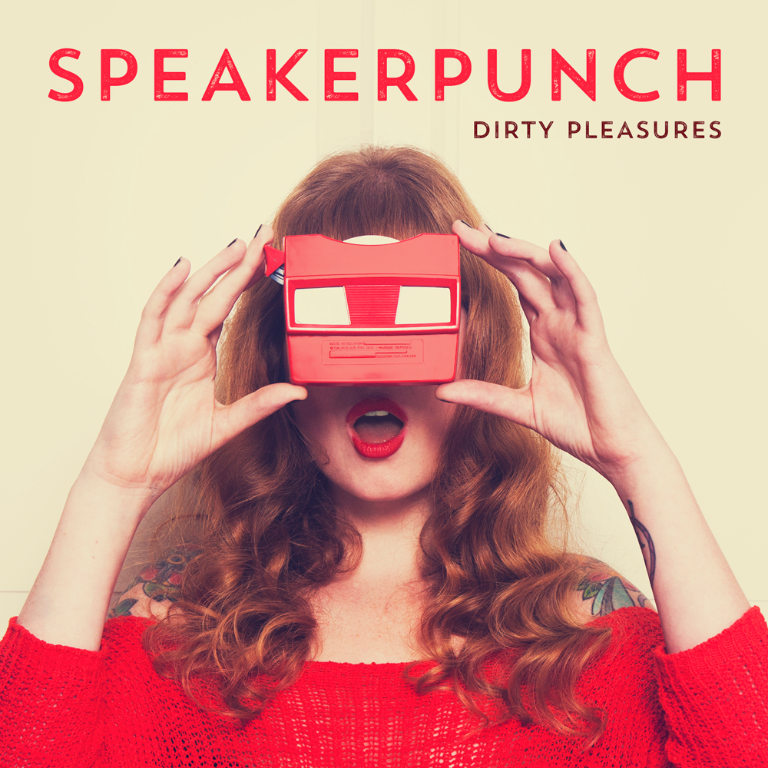 Since the founding in 2008, the Dutch stoner/punkrock band Speakerpunch released two EPs. At February 27th they released their first full length album ‘Dirty Pleasures’. Pitkings received this album and Tessa wrote a review about it.

About Speakerpunch
Speakerpunch is a Dutch stoner/punkrock band from Dordrecht. They released two EPs, did several tours and are compared to bands like Peter Pan Speedrock. Now they’re back with the full length album ‘Dirty Pleasures’, with every song telling an own secret, dirty story.

Dirty Pleasures
The album starts with title track Dirty Pleasures. This oldschool hardrock song is all about drugs and alcohol, one of the guilty pleasures. It’s a pretty slow song and easy to listen to and it’s really catchy. The 2nd song, Swan Lake, is much faster and a lower guitarsound. That’s a good alternation with the other song. Still the song does sound familiar. The bassline stays the same, the drums also. The 4th song is Pirate Bay. Again the same bass and guitar. But this time the voice is lower. It makes the song different in some way. The 6th song, called Black Smoke, is again a slower song. The four second-metrics is also in this song good to hear. This song has an alternation between slow and faster parts, but it won’t make you too excited. The last song is Anarchy. The band has made it into an oldschool punk song. It’s a good closure of the album.

Conclusion
It’s too bad the band didn’t try anything new after releasing two EPs. It’s a good album to play live on a festival, but not so good you could listen to the whole day at home. But we can’t forget every band makes their songs to play live.