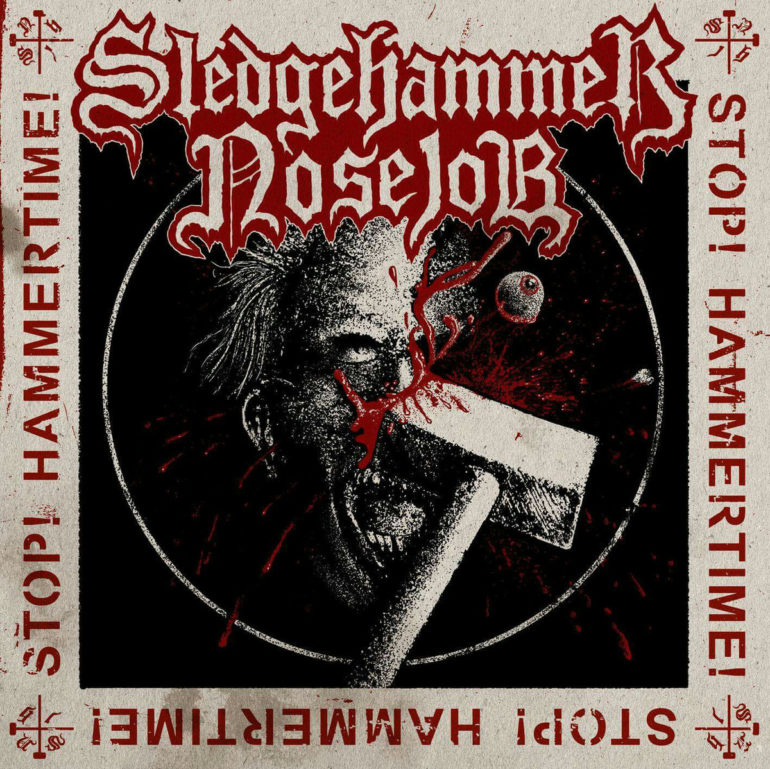 The brutal artwork and the awesome name of the band, are making me very curious what to expect from this debut album of Sledgehammer Nosejob. After listening to this album one thing is for sure: this is something really different then I expected. Death metal, crust punk, hardcore and rock ‘n roll are used to make from every song a unique song.

The first song ‘Sledgehammer Bitch’ and the seventh song ‘Chainsaw Hank’ are for example real up tempo hardcore punk rock ‘n roll songs, with a death metal twist. The track ‘Crashing’ is a pure old school death metal song, combined with some black metal guitar riffing. ‘Crematorium’ and ‘Blind Or Damned’ are in your face, pure and raw death metal songs. And then there’s this song called ‘Psycho Rocker’. It’s a kind of tribute to AC/DC: same sound and the lyrics are made out of song titles from this legendary Australian hard rock band.

It’s maybe a bit strange, but at the same time very brave how this band is combining those different styles on one album. Besides the fact that they used many different styles, the songs are composed very well, including enough variety and surprises. The sound of the record is full and dirty, but on the same hand easy to listen to. If you only like death metal, this is maybe not the best record for you. If you like to step into something new, just check it out!