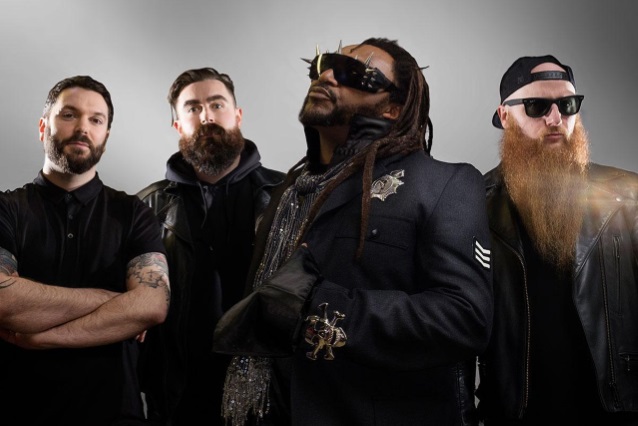 The Welsh metal band Skindred launched an official video for the song “That’s My Jam”. The song is taken from their upcoming album “Big Tings“, which will be released on April 27th, 2018 via Napalm Records.

The band formed in Newport, Wales in 1998 and blend musical styles like heavy metal, alternative rock and reggae into a groovy and modern metal mix.

Guitarist Mikey Demus about the album: “The name hopefully says it all, you can expect some seriously Big Tings from Skindred on our next record. We’ve thrown away the rulebook and pushed ourselves harder than ever to create the biggest, baddest, and most banging songs we could muster. We can’t wait to start unleashing this new stuff on the world, so prepare yourselves for some Big Tings!”