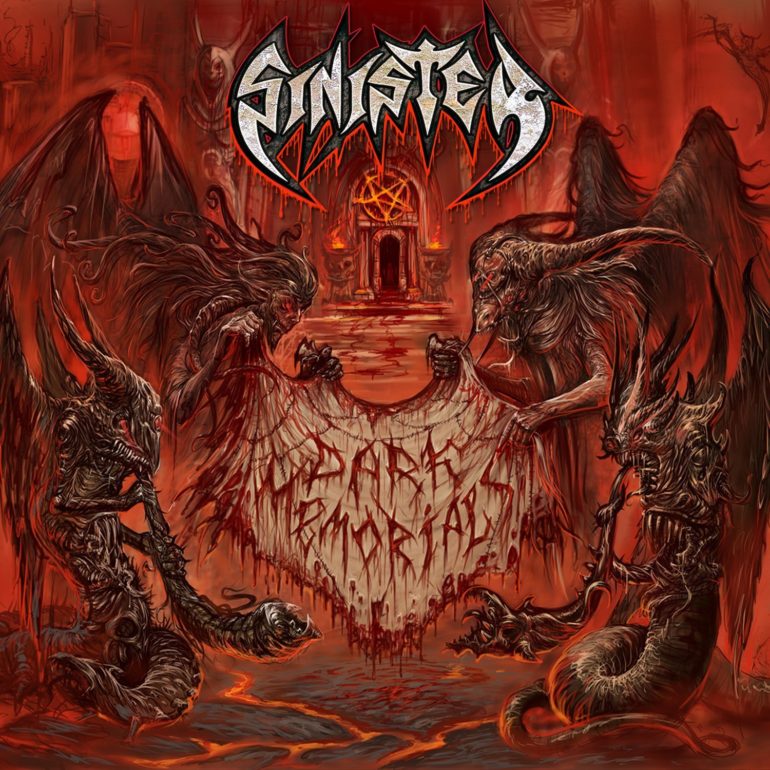 ‘Dark Memorials’ is the 12th full-length studio album by Dutch death metal legends Sinister and released in the summer of 2015. The album is a bit different than their usual studio output though, as it’s a cover album, featuring covers of various death- and thrash metal artists. And that’s what got my attention, because I like covers. The second reason this album got my attention is the celebration of 25 years Sinister.

There aren’t many surprises on the album though, which features covers of artists like Sepultura, Carcass, Bolt Thrower, Death and Autopsy. The only real surprise to me is ‘Master Killer’ by Merauder, as it’s the only non death/thrash song. For me this is one of the few tracks that really stands out. All tracks are pretty faithful to the original material, although Sinister adds their own death metal sauce. Production wise there is nothing wrong with ‘Dark Memorials’. Nice little fun fact: the re-recordings of the songs ‘Spiritual Immolation’ and ‘Compulsory Resignation’ are done with the original guitarist Ron van der Polder.

So, all in all ‘Dark Memorials’ is quite enjoyable and a must-have for die hard Sinister fans. For me it’s just a nice little addition to my collection.