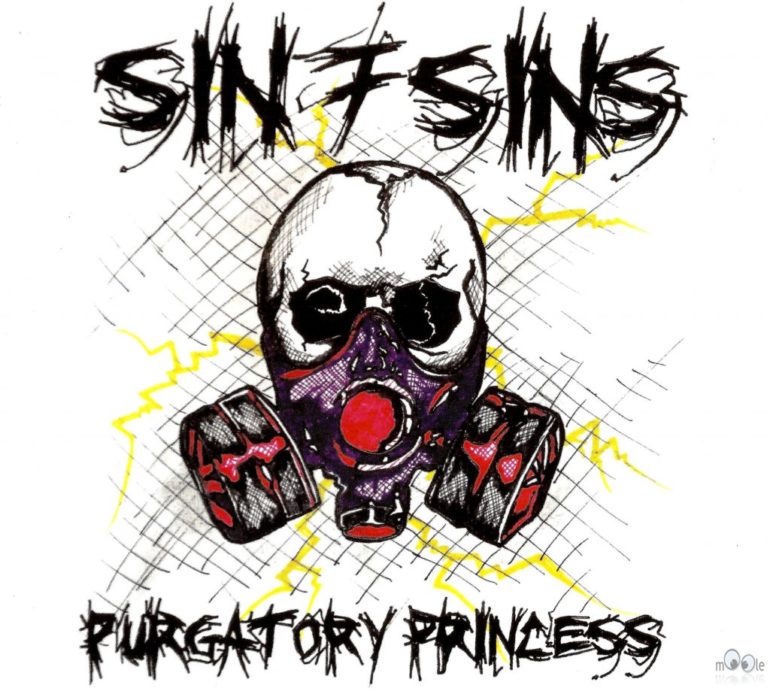 On the 24th of November 2015, the gothic metal band Sin7sinS will release their 3rd album “Purgatory Princess”. PitKings received the album in advance to write a review about it. Check it out!

Purgatory Princess
The album starts with Heart Of Stitches. Pure metal from the top! Rolling drums, pounding bass lines, razor-sharp guitar work and catchy vocals from Lotus and Gen Morphine are the key words. A very fine opener of the album. Take Your Hands Of Me is the third song on the album. It shows moments with a slightly different voice and the song is something darker than the previous two. Partly due to the samples that are being used. No Tears Left (video) is the fifth track which can be found on the album. A typical Sin7sinS song which is very ‘in your face’, with a kind of emotional and catchy dialogue between Lotus and Gen. Bittersweet Dreams (song six) is the ballad on the album. Lotus and a piano are the magic words! A great song and a nice quiet moment on the album. Song number seven is The Great Illusion of Control and is a more up tempo song whith great rock ‘n roll influences. The guitar riffs are brilliant and stay in your head for the rest of the week! With Touch of Pandora we are already at the end of this album. In this song you hear some influences from Rammstein (or our friends from Deadbeat). The song is pumping and smashing you to the end of this album in a very pleasant way!

This album is a must have!
Sin7sinS delivered an album better and harder than ever. A fine blend with the contagious sense of uptempo rock songs in a solid metal jacket. The band has become very mature, the compositions are strong and varied. Here you can hear a band that understands how to put energy into a song. The coordination and interaction that you hear between the band members is sublime. The album has a very good and nice sound with the delicious heavy sounding guitars. Also a very important role on this album is for singer Lotus. She sounds solid and varied, hard and low as it should, espescially on the ballad “Bittersweet Dreams”. The band can be very, very proud of this record! For lovers of rolling drums, razor-sharp guitars and catchy vocals, this album is a must have!

Tracklist:
1. Heart of Stitches
2. Stronger
3. Take Your Hands Of Me
4. Say What You Want
5. No Tears Left
6. Bittersweet Dreams
7. The Great Illusion of Control
8. Jerusalem
9. Different Place Different Stage
10. Touch of Pandora