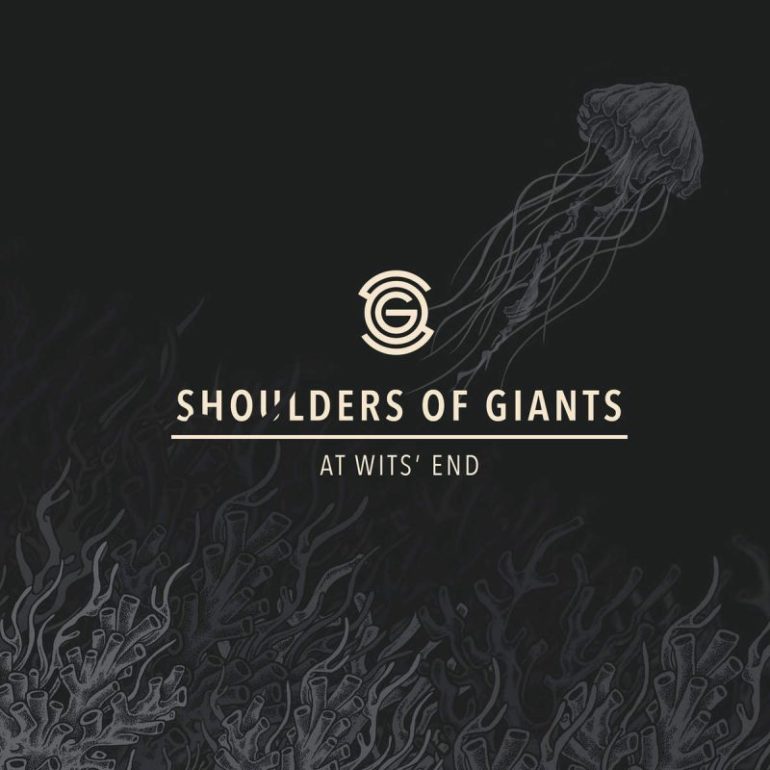 An alternative rockband here on PitKings? Is that heavy enough? Well, sometimes there’s a thin line between what should and shouldn’t be at PitKings and the band Shoulders Of Giants is one of them. They released their album ‘At Wits’ End’ in November, 2015 and we give it a chance. Let’s find out if this band has to be more often at PitKings!

The album starts with a nice heavy intro and that makes me feel good! If this continues for the rest of the album, then we will publish a lot more about them at PitKings! But then, after 20 seconds, it turns in to a slow pop/rock song… I like the epic and spheric sound they bring, but I don’t get really exciting after this first song ‘Blessing in Disguise’. When the second song ‘Spiral’ starts, I become very happy again. Punkrock as I like it, but after a few seconds it slows down again… The melodies are quite alright, but the vocals and slow speed are making me feel to fall asleep. The thing I actually really like (serious), is the fact that they surprise you with heavy parts during the songs combined with nice guitar solo’s and bridges. It wakes you up and gets you focused again to continue listening. A nice recipe!

Basically they do the same trick for all the other songs, whereby ‘Limits Of Love’ is one that could be really skipped from the album. Just to much the same and to slow. But there is also some good news! I appreciate the different elements and musical arrangements they use. It’s original in a certain way. The songs ‘Come Undone’ and ‘Won’t Go Down’ are the highlight for me on this album, because those songs have much more body and power. The faster parts just have a lot more energy and really have my attention. So my advice would be to choose for faster songs on the next album and stay experimental at the same time.

My conclusion is that I can appreciate the music of Shoulders Of Giants, but they have to come up with some heavier stuff to convince me. For now metalheads really don’t have to listen to this album. Way to soft, spacey and spheric. On the other hand, people who like bands like Biffy Clyro and Tool should definitely check this album. So, please skip the slow songs! Just one is fine, but dare to choose for the more heavy side and I think Shoulders Of Giants will gain more fans. And then we discuss it here at PitKings again!