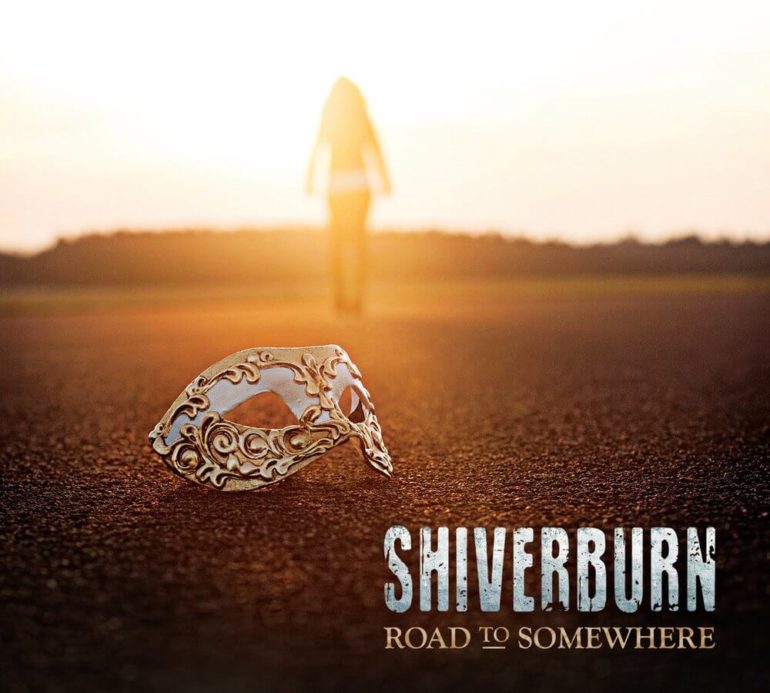 The Dutch hardrock band Shiverburn was formed in 2013 and plays a nice mix of rock and guitar oriented pop. In 2014 they released their 4 song EP ‘One Step Closer’. For the release of their full length album ‘Road To Somewhere’, they started a succesfull crowdfunding campaign and the album was released in June 2016.

The band revolves around vocalist Sanne, who has a very pleasant voice to listen to. But let’s not cut the rest of the band short, they are a bunch of talented musicians as well and know how to write songs with a catchy hook. They describe themselves to be influenced by bands like Paramore, Halestorm and Alter Bridge. Although those band’s influences are definetly hearable on this album. I also do hear some hints of Evanescence, mostly in the vocal parts.

Sanne’s voice is powerfull and melodious. She mostly sings in the higher regions and the band behind her sounds heavy and catchy. A combination that works very good. They seem to have a steady workflow as all songs have about the same structure and buildup as the other songs. Nevertheless, a great album, mostly on the heavy side of rock, catchy hooks and a great vocal performance. My favorite songs are definetly ‘Mistake’ featuring Ruud Jolie of Within Temptation and ‘Breaking Me’.

The only thing I am wondering about is if the band is still alive. After december 2016 they have not updated their website or posted anything on facebook, so that keeps you wondering if they are still around. Maybe they wake up after this review!