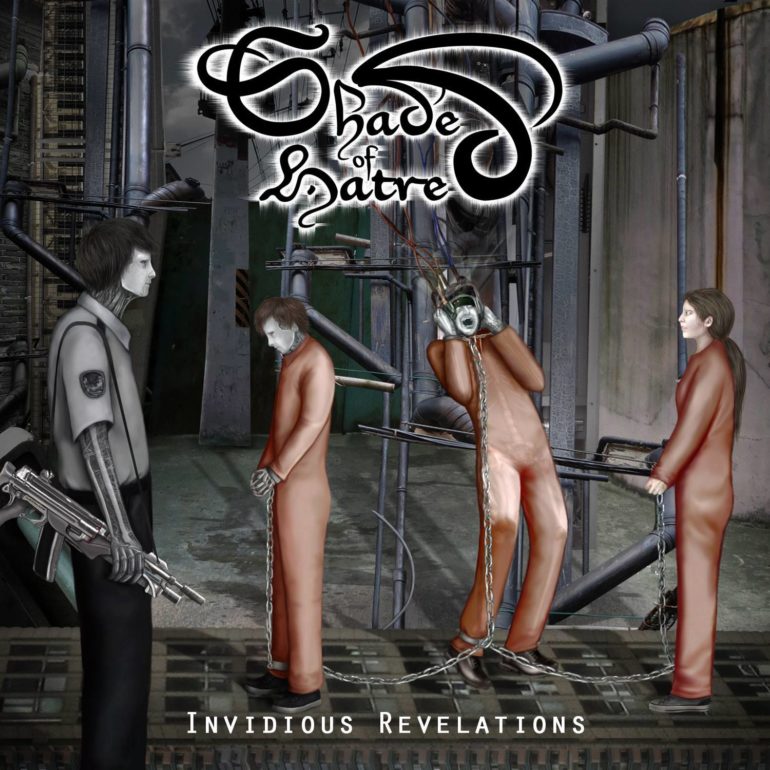 ‘Invidious Revelations’ starts with a short intro, which tells us a news item about sexual abuse. But the album really starts with the song ‘Encaged’. The typical death metal sound is hearable immediately. You can clearly hear the low, hoarse voice on top of the melodic music. As soon as the vocals become faster, the drums become also more up-tempo. Strange enough, the guitar riffs stays practically the same. This makes it pleasant to listen to the song. The 4th song, ‘Hunter’, also knows this calmness and pleasantness. Up-tempo and slower parts are put together perfectly in this song. There is also a convenient use of the vocals, which creates an own sound for the band. However, it’s the up-tempo melodies that graces the song.

‘The Price Of Xenophobia’ is the 6th song of the EP. This song starts pretty calm, like they want their listeners to take a breath after the up-tempo songs. But just before the verse, the drums become a lot faster. This is a good variation in the song. With ‘A Merciless Fate’ (video) they end ‘Invidious Revelations’. The song shows us the different styles of the band, which fit perfectly together. The band plays melodic death metal and that’s exactly what you can hear in this song. At the end of the song the music is reduced, like it’s the end of a soundtrack. It’s definitely a great way to end the EP.

It’s an amazing EP for the true death metal lovers. Shade Of Hatred knows exactly how to make the melodic sounds and gave us an album that’s worth listening to. Truly an EP to listen to when you’re traveling, just like I did.

Tracklist
1. Intro
2. Encaged
3. Tale Of Erida
4. Hunter
5. The Accused
6. The Prince Of Xenophobia
7. Aeon Of Indifference
8. A Merciless Fate