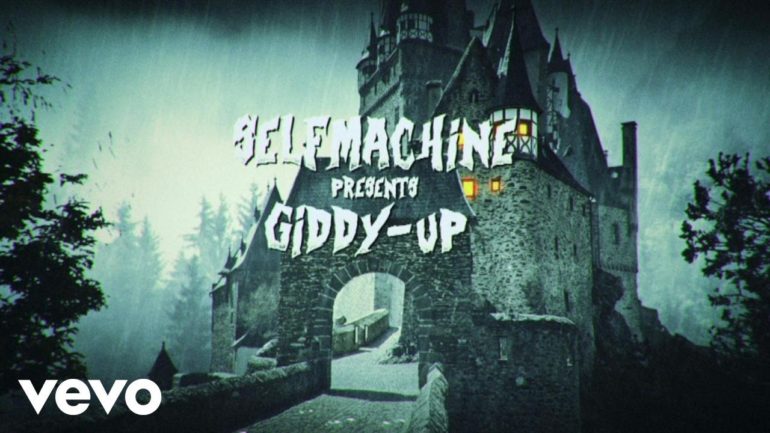 On March 17th the Dutch modern metal band Selfmachine released their brand new album ‘Societal Arcade’ at the Melkweg, Amsterdam. To celebrate this event, the band has just released an official video for the song ‘Giddy-Up!’. The song is the first music video taken from Selfmachine’s new album. The song ‘Giddy-Up!’ touches on the subject of the stress to reach goals and the fears of not succeeding while we completely forget to live and enjoy ourselves.

The band about the video:
“Shooting the video for ‘Giddy-Up!’ was an awesome experience. As always we have made and arranged everything ourselves. This means we have spent a lot of free weekends building the robot, creating its lights, spray painting the metal, teaching it how to play guitar and of course how to dance! We also had the help of our friend David Hazeleger for the filming, editing and after effects. But of course we didn’t use after effects for the robot… ;)”