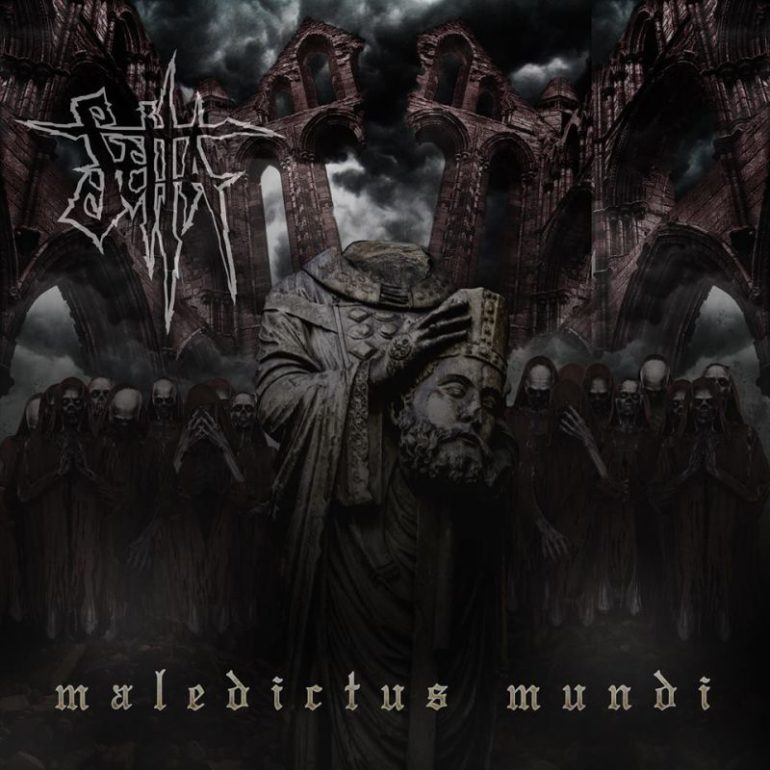 In 2012 the Amsterdam based melodic death/thrash metal band Seita released their debut album ‘Asymmetric Warfare’. What followed was an active period of videos, gigs, rehearsals and of course the song writing and recording of their brand new album ‘Maledictus Mundi’. Everything they’ve experienced the last five years is used as an inspiration for this record, which will be released on November 9, 2017 at the Melkweg, Amsterdam.

Destroy everything! That was the first thing that popped up in my mind when I listened to this album. It’s brutal, fast and extreme metal music without any boundaries. A violent combination of death, thrash and modern metal comes your way. Where the fast parts of the song stop for a moment, even faster solos and double bass drums are taking over and spice up the shit.

The sound quality of ‘Maledictus Mundi’ is amazingly high and the songs are executed very well. Every instrument is mixed in the songs with equal proportions and it all sounds very natural and professional. Where some songs are – or start – a bit slower, it sounds still amazingly groove, heavy and brutal. The vocals – or maybe I should call it a mix of screaming and grunting – is highly influenced by death and black metal. A very intense blend fitting perfectly into Seita’s extreme metal music.

The compositions of the songs also play an important role on this album. The use of different tempos, solos, low tuned guitars and extreme tight drums are surprising me constantly. It’s different, it’s fast, it’s hard, it’s tight and ‘Maledictus Mundi’ is definitely one of the highlights of 2017 when it comes to Dutch thrash/death metal music! Can’t wait to see them perform live!