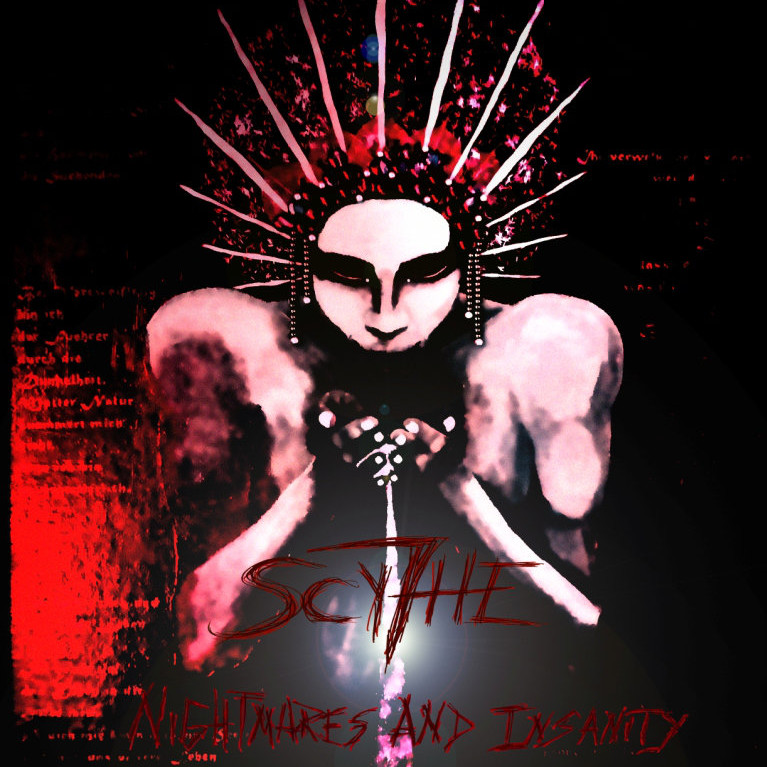 The Dutch black/death metal act Scythe was founded by Stefan Schleg in 2010. After being in several bands he decided to do his very own thing. All alone he wrote and recorded his first album ‘Nightmares and Insanity’ in 2014 and it was released in December 2015. A great job, so let’s find out how it sounds!

The album ‘Nightmares and Insanity’ is a concept album of several things that happened in the life of Stefan and he transferred this into this masterpiece. The 7 track album sounds epic and furious at the same time. Black metal riffs that remind me of the old days of Cradle of Filth and very straight in your face drums. Especially the double bass dribbles and the furious blasts are nice to listen to. The vocals are filthy black screams combined with heavy grunts. The album also contains some atmospheric intros, which gives the songs a dark vibe. The keyboards are used in a good way, because they are not on top of the mix. So, this is an one-man project band? That’s something you definitely cannot hear on the album.

After listening to ‘Nightmares and Insanity’ there are a few things that have caught my attention in a positive way. Easy listening and every song has a great groove in it. Great vocals and well executed songs that are filled with variety and brutality. The composing of the songs are also very well done. Last but not least: the sound of the album sounds straight in your face and old school! There are only seven songs on this album and that is a shame! That’s only 33 minutes of music and I want to hear more! My conclusion about this album? This album rules! Check Scythe at bandcamp and get your copy!

Tracklist:
1. Into the Abyss
2. Disillusioned Minds
3. The Beast I Am
4. Delusional Disorder
5. Nightmares and Insanity
6. Necromantic Litany
7. The Hunter in the Dark