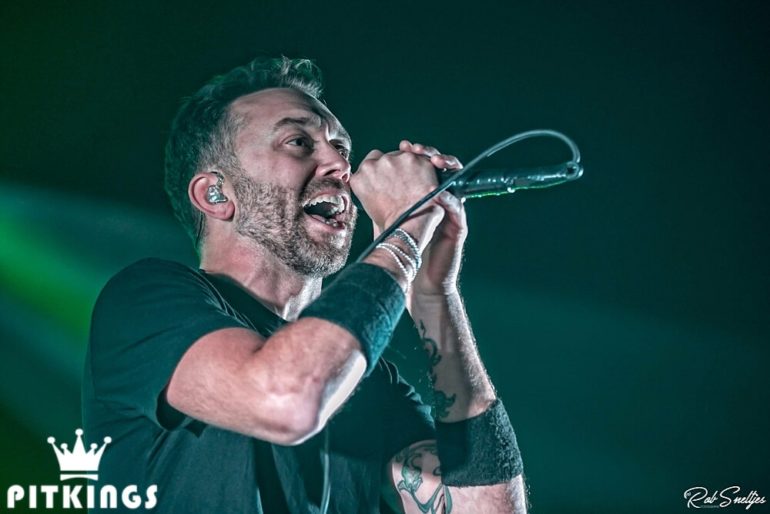 November 12, 2017 | AFAS Live, Amsterdam – The American melodic punk rock band Rise Against visited Amsterdam because of their ‘2017 European Tour’. The band from Chicago, Illinois was formed in 1999 and became one of the biggest punk rock bands of the last decennial. The tour is part of their just released album ‘Wolves’ (2017) and they took Sleeping With Sirens (USA) and Pears (USA) with them to AFAS Live. Pictures: Rob Sneltjes

Pears (USA)
After some delay and an extensive search I entered the venue…. to late. The last tunes of Pears fade away. No review of that one, but glad Rob was there on time to shoots some pics of Pears for you! 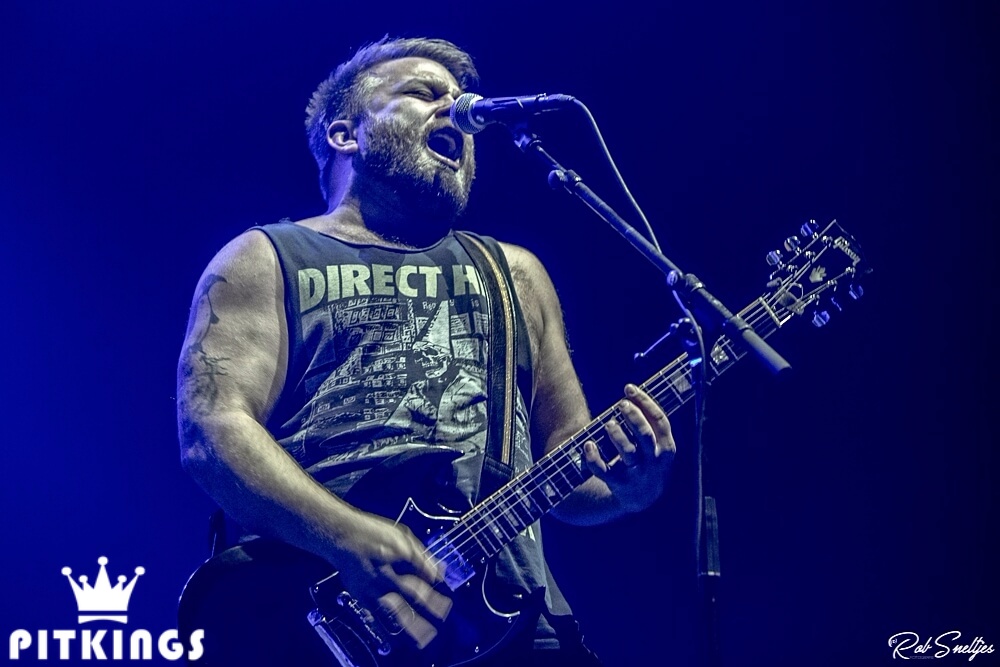 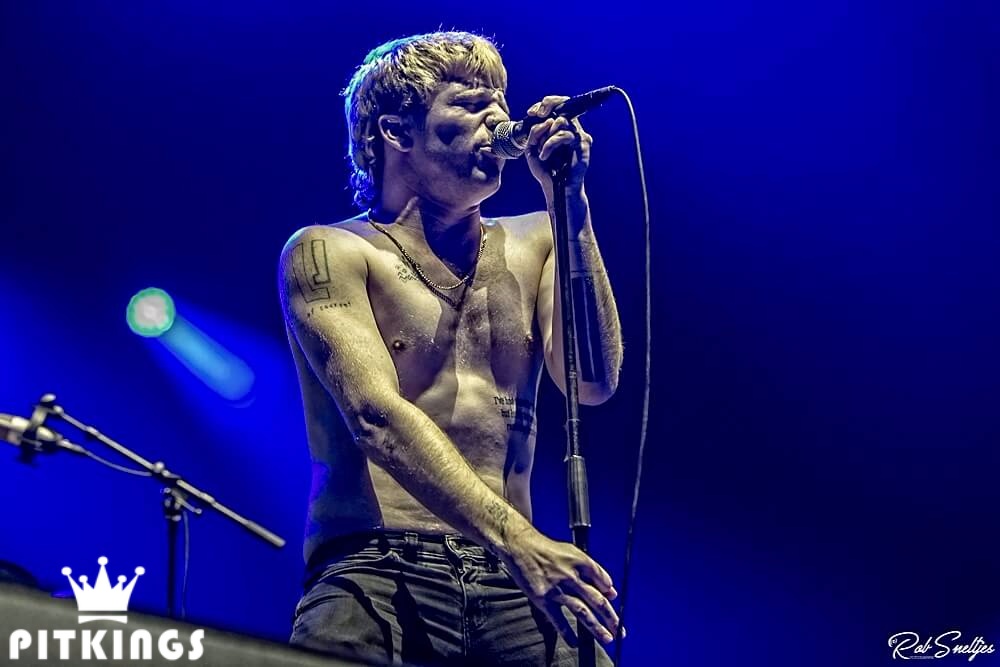 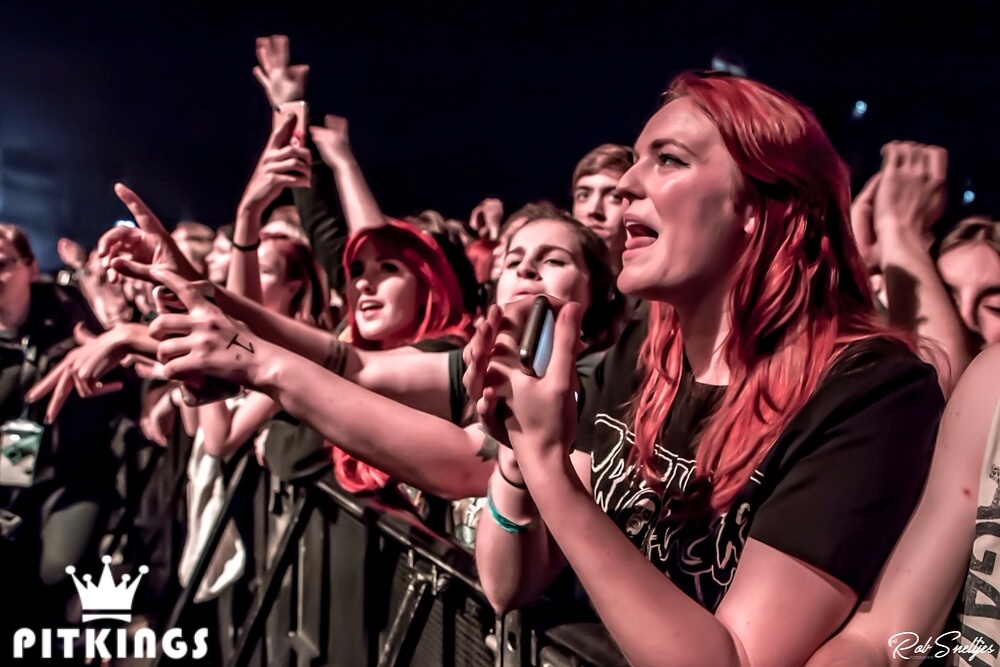 Sleeping With Sirens (USA)
This support-act Sleeping With Sirens is almost just as popular as the headliner of this evening when I take a quick look on their Facebook-page (3.2 million vs. 4.2 million likes!). This post hardcore band from Orlando, Florida is hitting the road since 2009. Tonight it becomes clear that this band came to throw a party and entertainment is the key element in their show. The young teenage girls in front of the barrier ensure a constant wall of scream towards the handsome guys on stage, especially when the lead singer is talking and singing. Compare it with a boy band…

Their sound is basically quite OK, but there’s to much bass and the vocals (or should I call it screaming) of Kellin Quinn sounds like a woman (I’m sorry…) who’s panicking. Not my cup of tea to be honest, BUT it is where the crowd came for! Especially youngster and teenagers, who also arrange a decent mosh pit. Nevertheless their show is energetic and very good. All the members are running around across the stage and interacting with the audience. Proper show to get ready for Rise Against. 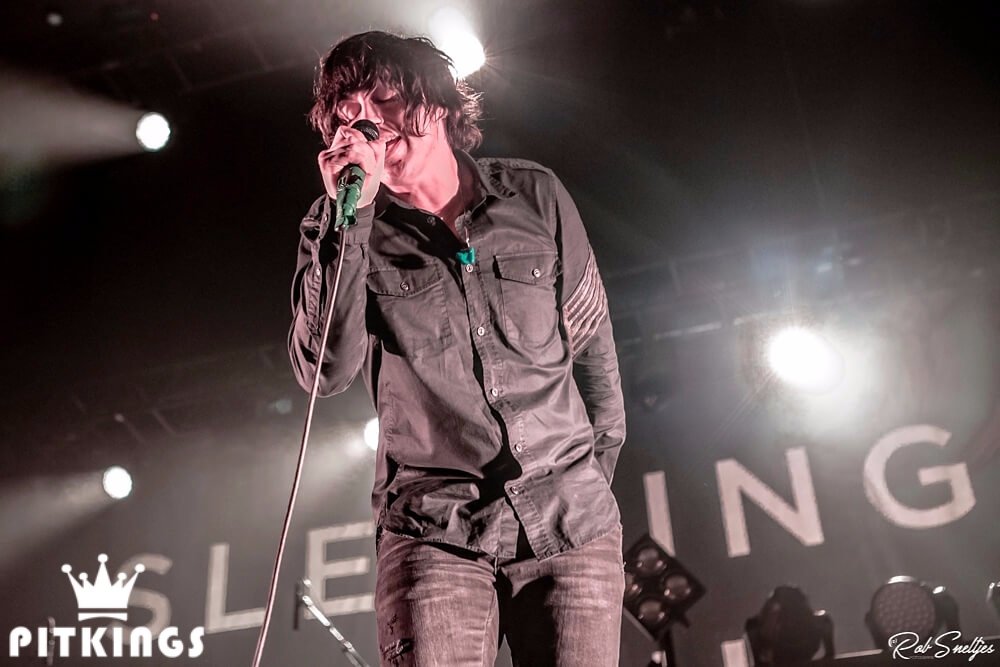 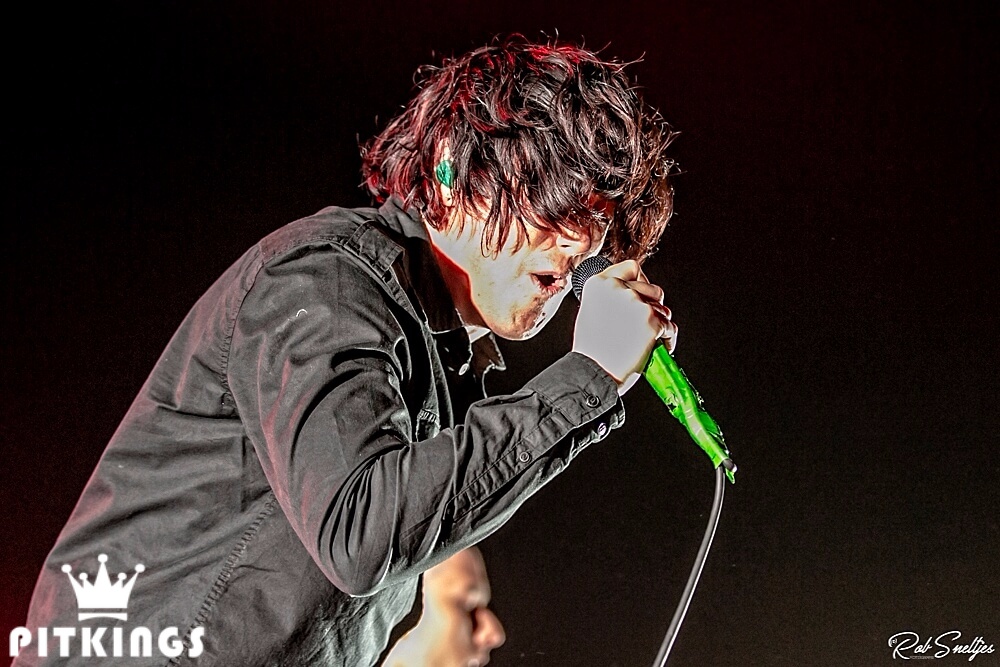 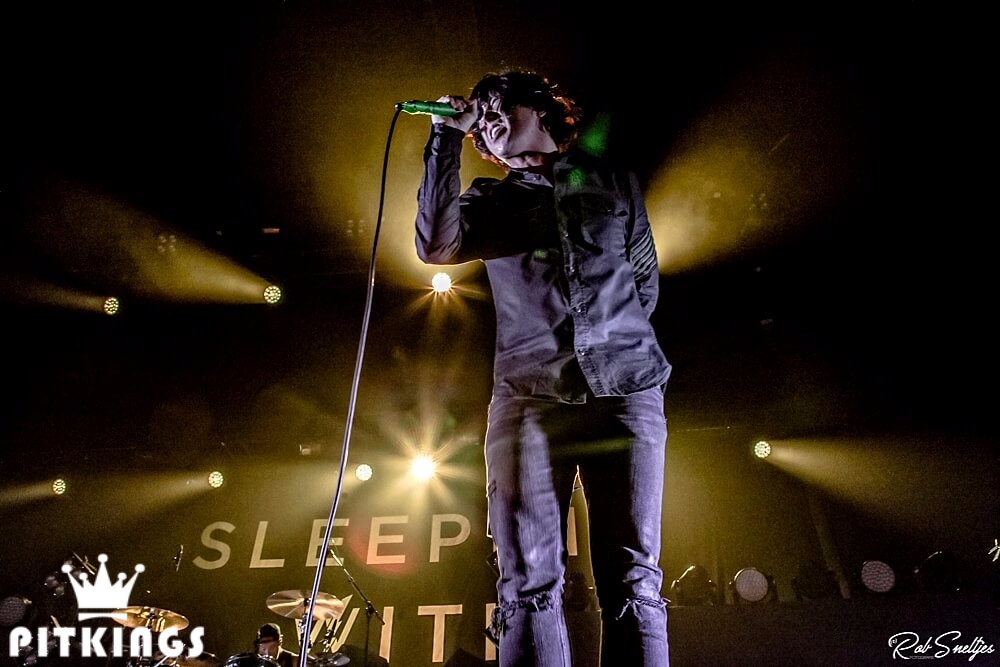 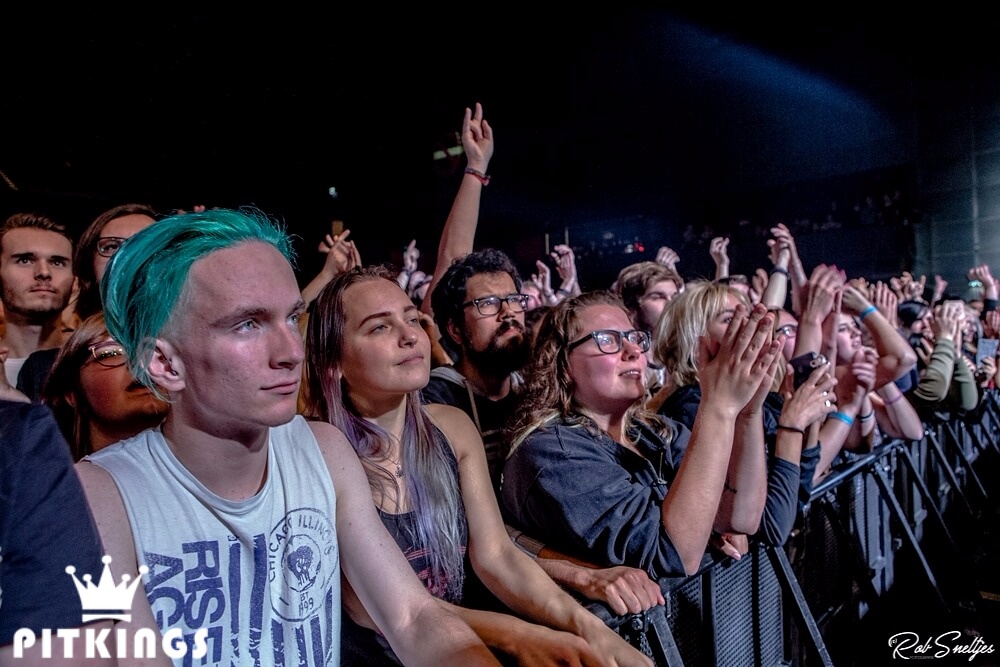 Rise Against (USA)
Lights go down and an animation starts to play on the large LED-screen on stage. When the band enters the stage and kicks in with the song ‘Chamber the Cartridge’ fans are putting the fists in the air. I’m standing in front of the stage and I’m surprised about the fanatic fans, especially in the first – let’s say – twenty rows. They’re singing every word of all the old and new songs.

When my favorite song ‘Satellite’ is played, everyone goes crazy and is jumping and moshing around. The sound is great and also the vocals very good. The penetrating voice of Tim McIlrath is very clear, pure and in tune. Halfway the set Tim is alone on stage with his acoustic guitar to perform three songs. A nice moment of rest after the full speed punk rock songs and the audience is again singing all the words.

Rise Against is not only a band with great catchy punk rock songs and a solid performance, with footage of demonstrations, bomb dropping and people on the run, they also have a political message. This band still has the potency to become one of the biggest punk rock bands of all time. They are around for 18 years but still improving and growing to become a very professional punk rock band. With great visuals and different backdrops, they bring their show to a next level.

Green Day became commercial and bands like Rancid and NOFX have the name, fame and history. Rise against has the fans, the purity and the future. Great punk band, solid show and ready for another nineteen years! 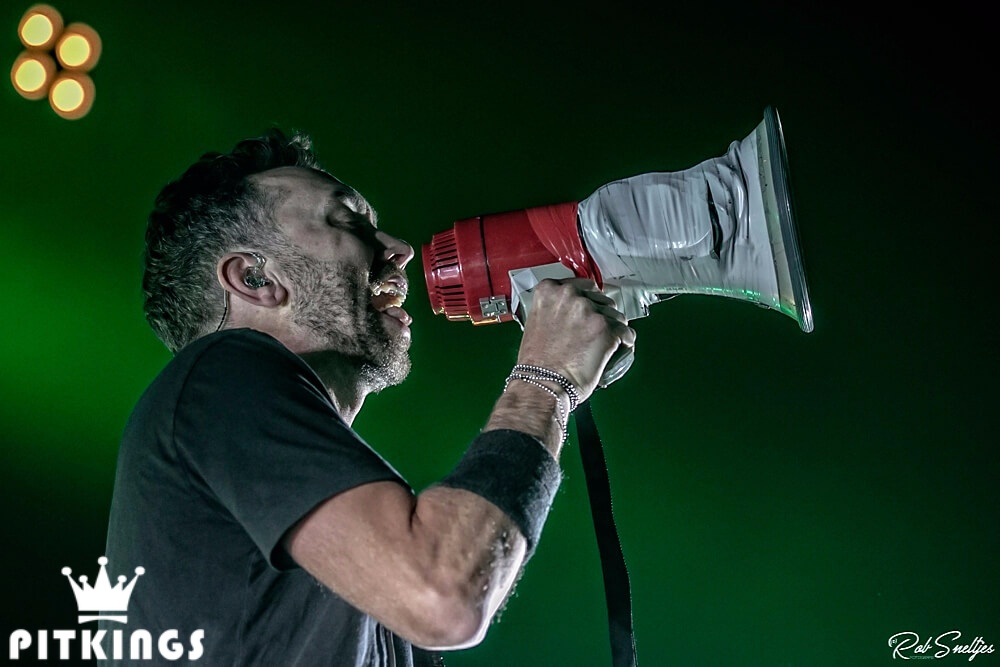 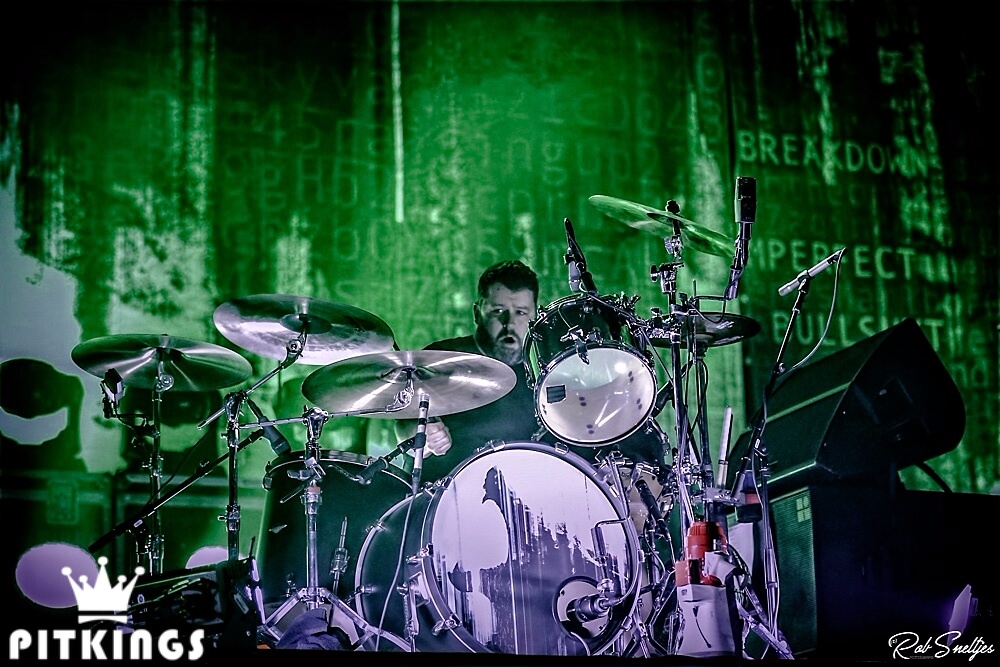 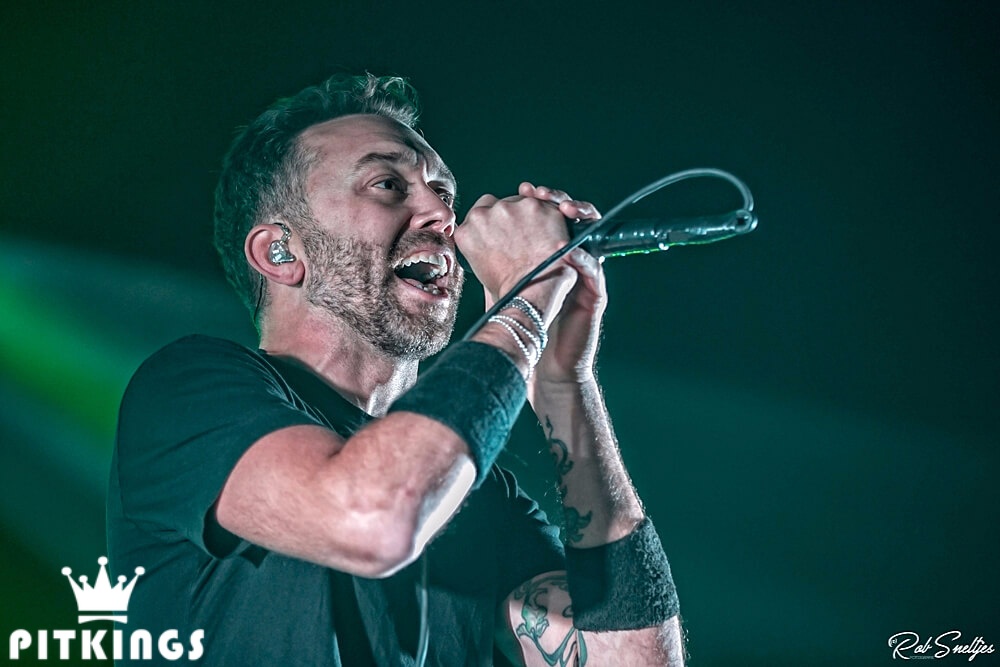 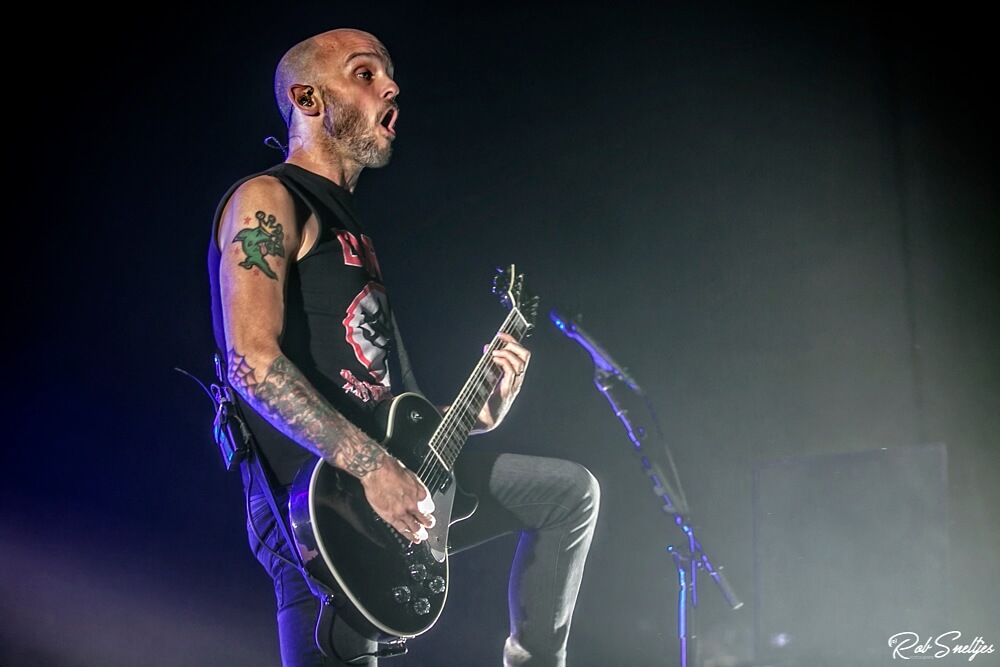 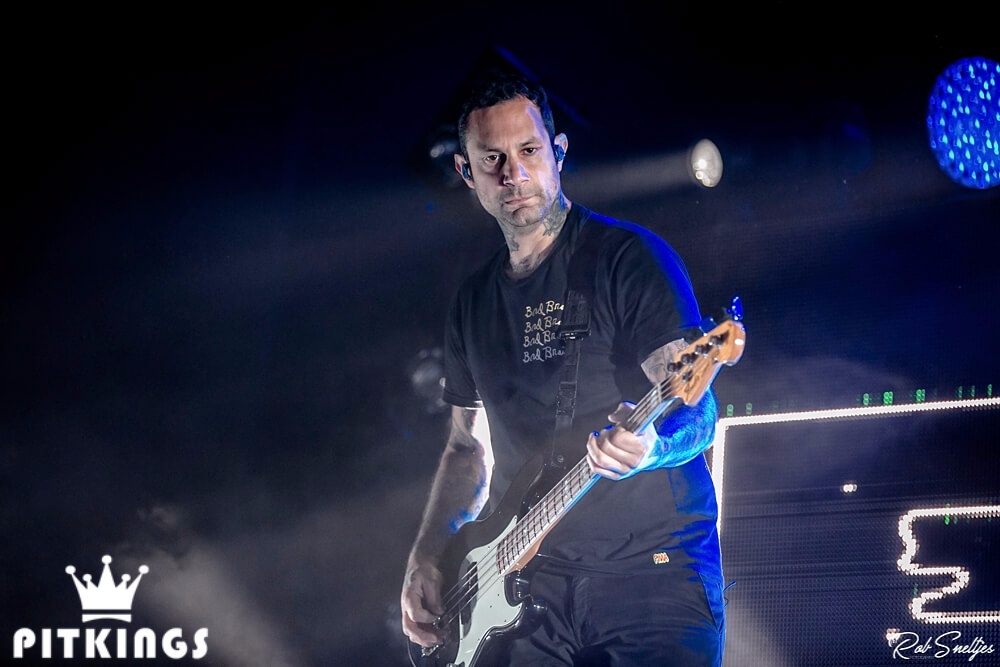 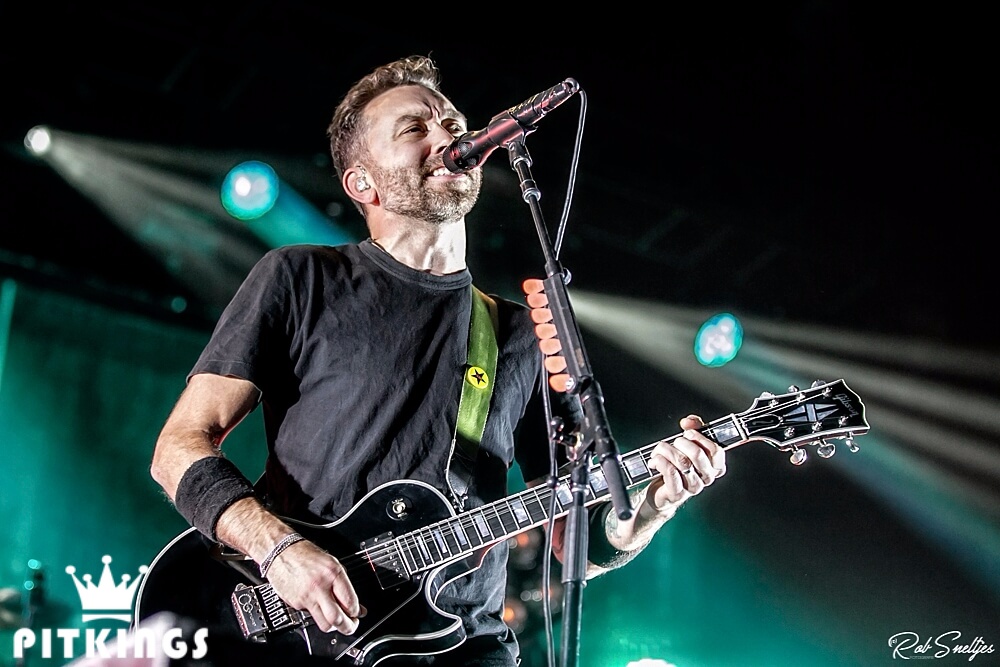 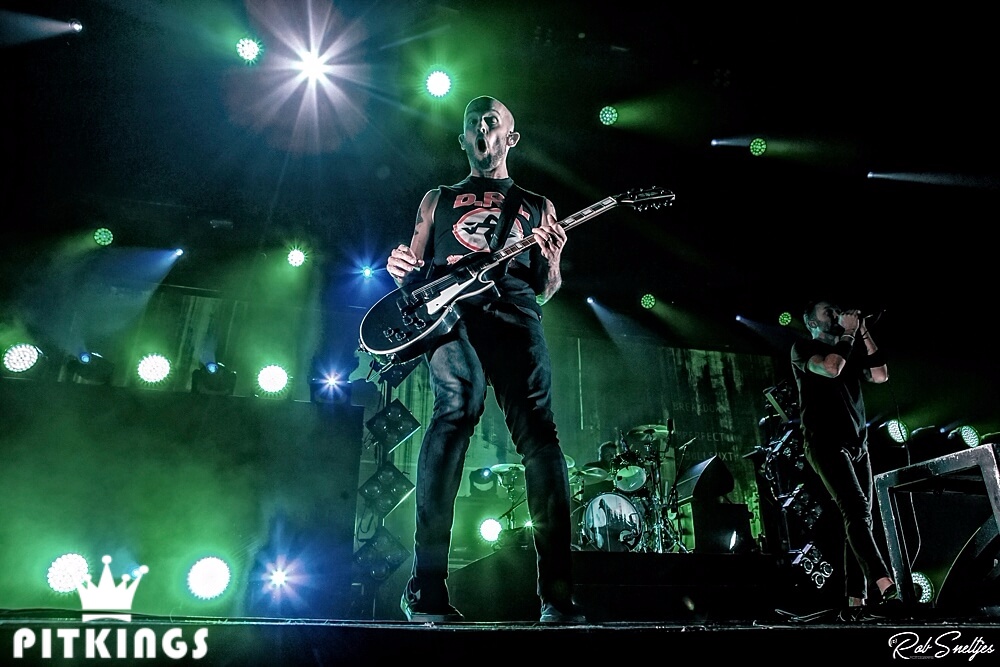 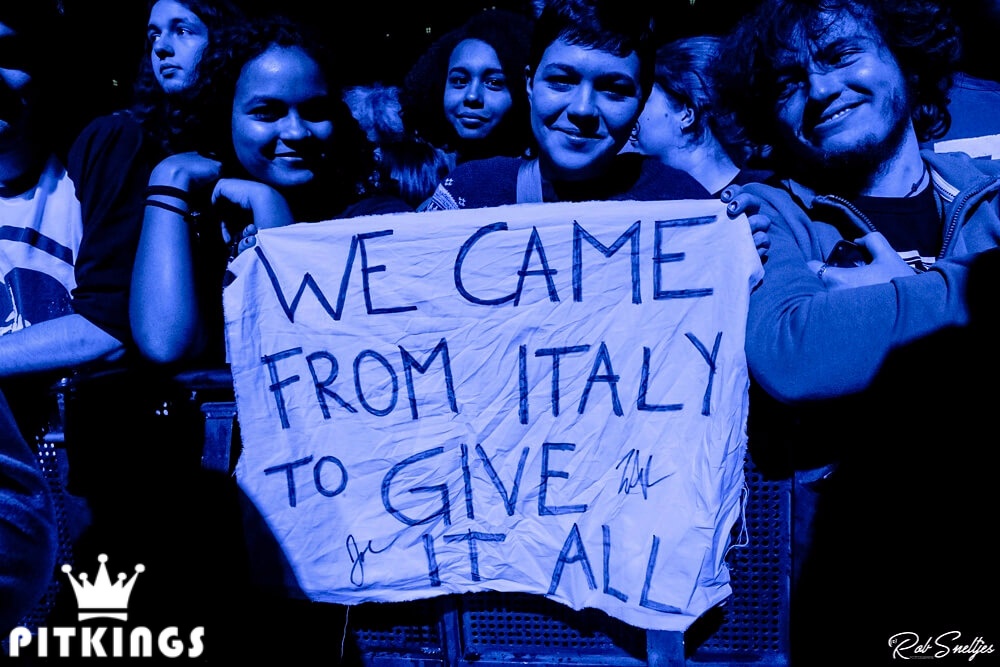 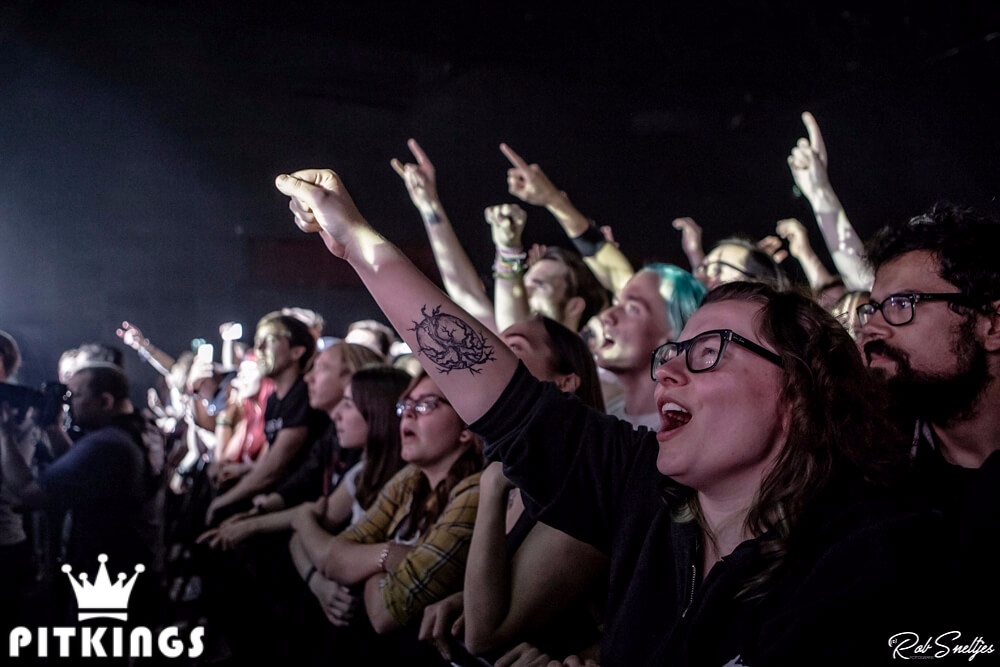