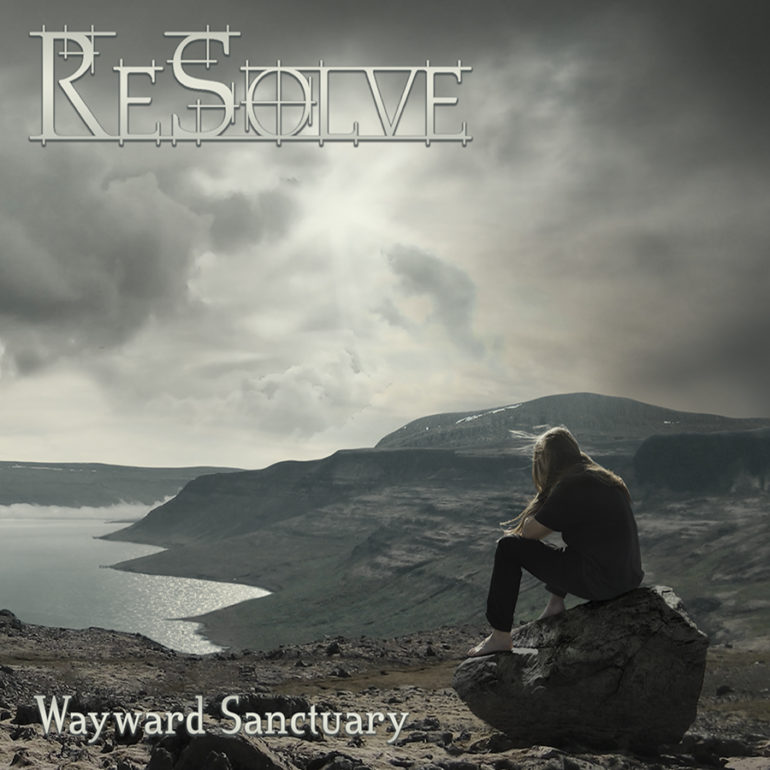 Resolve is a Dutch progressive rock\metal band from The Hague which formed in 2010. They play music in the style of bands like Dream Theater, Symphony X, Porcupine Tree and Opeth. After a turbulent first few years going through many changes and struggles with finding members, they found their final line-up in 2014. With this line-up the band entered the studio to record their debut album ‘Wayward Sanctuary’ which was released in October 2015.

The first thing I notice is that the production of the album is very clear. All instruments are very audible and they complement each other nicely. We can clearly hear the influence of the before mentioned bands, but they are also able to maintain their own songwriting style including some cool surprises. The band knows their way around odd time signatures and their compositions are strong. Vocalist Radina Dimcheva has a powerful voice and complements the music great while the other musicians are clearly a creative bunch with enough knowledge of their instruments.

This shows in the songs like ‘Pitch Black Eyes’ and ‘Blood Will Tell’, which display some fine writing and composing skills. ‘Blood Will Tell’ definitely shows the influence of Symphony X with this sick opening riff. The song is also filled with some great solo’s. In ‘These Voices’ male vocals are introduced as an addition to the clear vocals of Radina. There are also some nice odd time signatures in this song. ‘Unchained’ has a great groove and I love the keyboard and guitar solo’s alternating. With ‘Still Breathing’ their skill of ballad songwriting is shown. A beautiful ballad filled with a great vocals and solo’s.

I was talking about some cool surprises, wasn’t I? There you have their instrumental song ‘NPOAL’. It starts with a pushing groove before turning into a jazzy intermezzo, followed by a groovy stoner rock part. Soon to be followed by classical inspired pieces that are interweaved in the music. It’s a bit of an odd song compared to the rest of the songs, but I absolutely loved the creativity of this song. And let’s not forget the epic, 11 minute long song ‘December’ which has all the elements a great progressive rock\metal song needs. From dreamy ballad to groovy metal, clean vocals and grunts and great solo’s.

This album shows great promises for the future. Keep on writing stuff like this and who knows where you will end up!