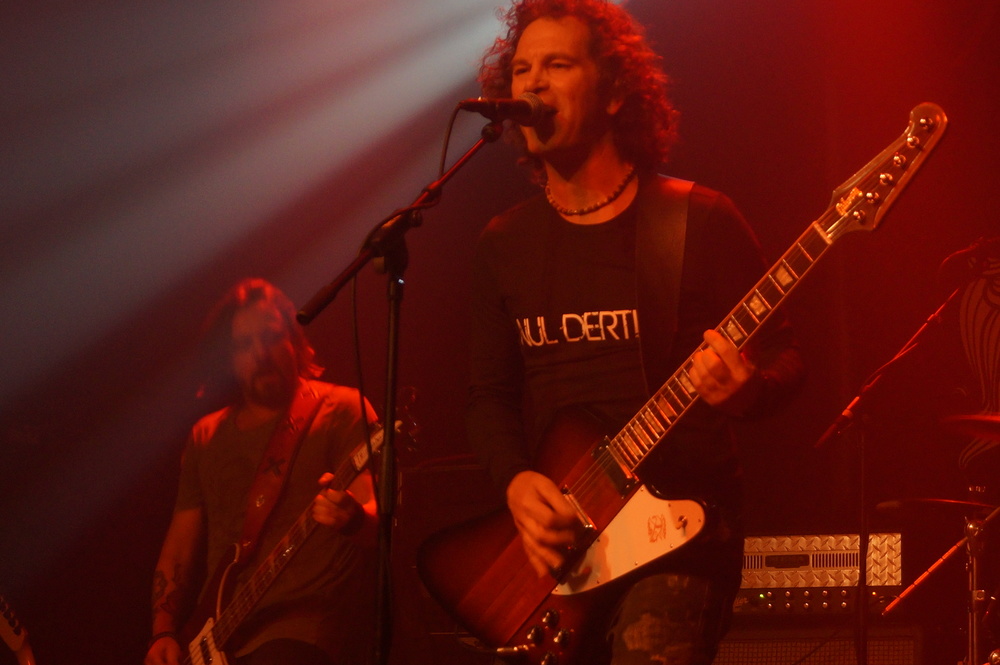 March 27, 2015 | 013, Tilburg – The new album ‘Damn Pretty’ is a good reason to throw a party. And that’s exactly what the Dutch band Red Vultures did in 013, Tilburg. On March 27 they played at their album release party with support-act Curly Ice. Tessa was there to write a review about it and took some pics.

Curly Ice
Curly Ice was honoured to kick off this evening full of new music. This band from Eindhoven plays dynamic punk rock that sounds like Blink-182 and Sum 41. The band was very enthusiastic, but the public was standing still and was standing in the back. That didn’t bother the Curly Ice and they played their songs very well. It was a good opener for the evening.

Red Vultures
Then it was time for Red Vultures to present their new album ‘Damn Pretty’. Red Vultures (with ex-members from Heideroosjes, Within Temptation, My Favorite Scar and more) is a rock ‘n roll band who play catchy songs that have awesome and heavy killer guitar riffs, perfect hooklines and great melodies. Just like the classic rock songs of the seventies, but with a nowadays sound.

The band didn’t expect that much people to come, so they were really surprised and said that multiple times. The crowd appreciated the new songs and were clapping and dancing. The band was smiling, having fun. There were a lot of familiar faces for the band, which made it easier for the guys to relax. The show was really great. A good voice, good guitar riffs and awesome drums. Everything was there. This evening you could buy the new CD for 5 euros and let it get signed by the band. After the show it was really busy back there. Everyone wanted to congratulate the band and get a CD. Red Vultures can look back on an amazing party with a lot of great fans who support them.