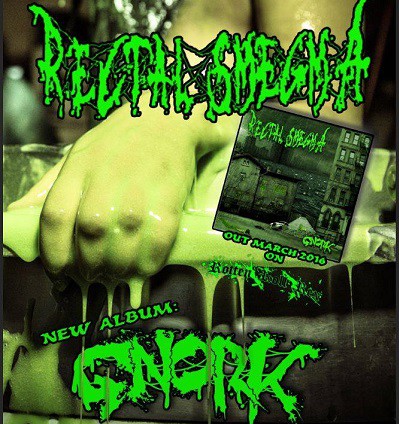 The Dutch grindcore/deathgrind band Rectal Smegma was formed in 2003. They play brutal gore grind with lots of groove, blastbeats and a humoristic party vibe all over. In April 2016 they will release their fifth studio album called ‘GNORK’. Now we present you a nice official video for the titletrack ‘GNORK’ here at PitKings. Enjoy!