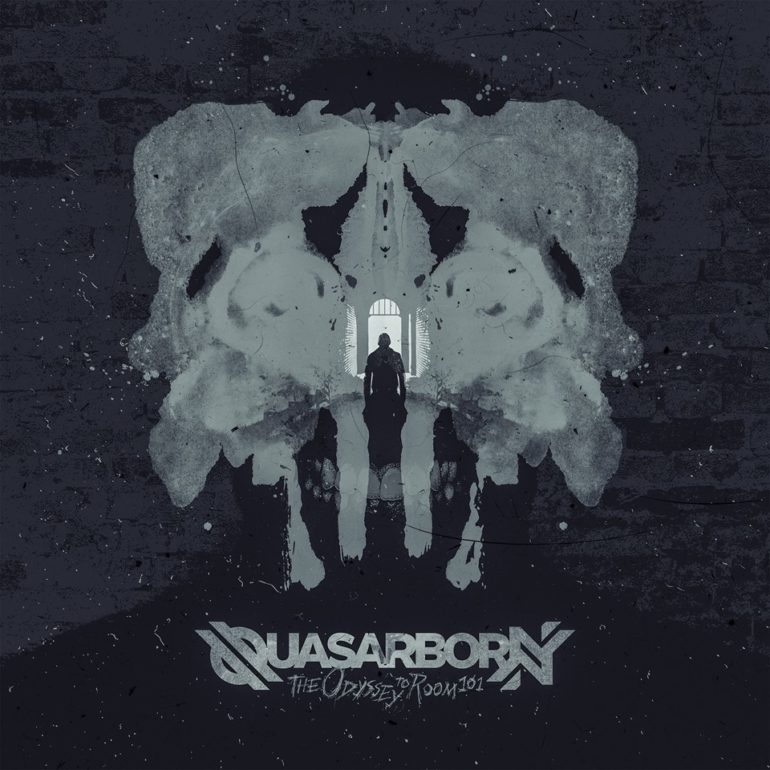 Are you ready for some new and refreshing 80s thrash metal, influenced by heavy metal, classic and progressive rock and even some jazz? Meet Quasarborn, hailing from Belgrade, Serbia. On May 15, 2018 they will release their debut album “The Odyssey to Room 101”, which is entirely produced by the band itself, preserving the authenticity to the maximum.

As the title suggests, this album is heavily influenced by both George Orwell’s “1984” and Aldous Huxley’s “Brave New World”, but has a concept of it’s own. The story follows a rebellious young individual, who after some tragic events has a clash with reality. He learns about his ancestors, and the position of his generation in today’s society. The expression of his rage by attempting suicide is interrupted by the outbreak of a new fake war. This changes his mind – he is going to take his destiny into his own hands. However, his efforts to organize a mutiny and change the war-struck system fail and he is captured by the authorities.

Quasarborn – The Odyssey to Room 101

Unlike in Huxley’s novel, there is no father figure (no Mustapha Mond) at the end to guide him through his demise. He is taken to a Ministry of Love kind of institution and locked up in a dungeon where he self-examines himself and questions every decision in his life. Searching for ways to ease his suffering, his mind drifts away into abstract thoughts about the nature of reality, consciousness and existence. The concept of “Danse Macabre” emerges, he finds comfort in the fact that his captors will eventually share his fate. His “transcendence” is interrupted by the guards who take him to his final destination – Room 101. There he is forcefully stripped of every last bit of humanity, dignity, and identity. He is forced to become what he hates the most. A fate worse, or equal to death. The music depicting this story is fast, intense, angry, but melodic and structured at the same time.