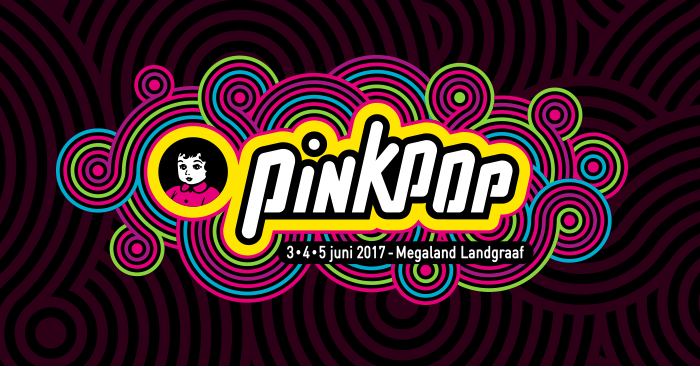 When we start talking about Pinkpop, people always giggle and tell us that Pinkpop isn’t a heavy festival. Of course that’s true in a certain way with acts like Justin Bieber and Guus Meeuwis. But there’s more! We collected all the metal and punk acts (in right order) you don’t wanna miss at Pinkpop 2017, which takes place from Saturday (June 3th) to Monday (June 5th). And I think it’s not bad at all with bands like Five Finger Death Punch, Rancid, System Of A Down, The Charm The Fury, Green Day and many more!

There are few metal bands who cram as much melody into their music as Five Finger Death Punch. These gents from Las Vegas play really hard, but always with killer grooves and the punchiest hooks. What’s more, frontman Ivan Moody is one of the best vocalists in the genre. Not only his grunts, but also his clean vocals produce goosebumps on even the most hardcore metal fans. Added to which, these Americans are also renowned for the intensity of their live shows. Rumour has it they are working on a follow-up to their 2015 record Got Your Six, so who knows, we might get to hear some brand new songs at Pinkpop!

Flemish punk festival Groezrock really, really wanted to add Undeclinable Ambuscade to its line-up. The only problem: the Dutch punk rockers hung up their guitars some time ago. But after a few well-placed phone calls, it turned out they would really like to play a few shows again. We still remember 1996, the last time these boys from Brabant played Pinkpop. 21 years on, and one of the most successful Dutch punk bands ever returns to Landgraaf. No new material, no pretence. Just a show crammed with classics!

Metalcooooore! And native sons of the Netherlands at that, as The Charm The Fury hail from Amsterdam. Singer Caroline Westendorp and her four-man steamroller prove that charm and fury do go together. Belgian and Dutch festivals Groezrock, Graspop and Fortarock were all flattened by the force of debut LP A Shade Of My Former Self (2013). Four years on, this is followed by a real coup de grace in the shape of second album The Sick, Dumb & Happy, which holds enough ammunition for a worldwide assault. We just can’t wait for the latest The Charm The Fury offensive.

Last year saw the release of Biffy ‘fucking’ Clyro’s seventh album, Ellipsis: a cracking rock record that features mega hit Wolves Of Winter. These Scots sound hefty enough on vinyl, but live they really crank it up to the max. Frontman Simon Neil (vocals/guitar) and brothers Ben (drums) and James (guitar) Johnston have built up a deserved reputation as one of the best live bands around. What’s more, Biffy Clyro bring a healthy dose of idiosyncrasy to the table, switching effortlessly between great singalongs and sheer noise. But all with that characteristic Scottish tongue-in-cheek humour.

Rancid emerged in 1991, when punk rock icons Tim Armstrong and Matt Freeman decided, following the influential Operation Ivy, to start a new band together. With The Offspring and homies Green Day (both also contributors to ‘Op Ivy’), they brought punk rock to a bigger audience. In spite of their success, Rancid have stuck to their ideals. No big contracts for them worth millions with major labels – these original punks have always cherished their independence. And successfully so, selling more than a million copies of their third album …And Out Come The Wolves. Expect a lot of old hits like Roots Radicals and Time Bomb, but also some new tracks. The Americans are currently working on a new album.

The biggest punk rock band in the world plays Pinkpop for a third time. Green Day broke through worldwide with Dookie in 1994, then ten years later made an artistic comeback with the rock opera American Idiot. Last year, they proved their ongoing relevance with a strong twelfth(!) album, Revolution Radio. A record on which Billie Joe Armstrong and his band rage against the world of today in general, and the USA in particular. In Billie Joe’s words: “We’ve seen some shit lately, it just had to come out.” 25 years on, he is still kicking against the pricks like a true punk should. So get your red tie on and get ready to scream along to 25 years of hits. From Basket Case to Bang Bang!

Sum 41 are making a remarkable comeback. Things were looking bad for these fun punks when the life of vocalist Deryck Whibley was seriously imperilled by years of alcohol abuse. But the frontman recovered, putting his trials and tribulations to good use for the album 13 Voices. “A triumphant record, full of optimism”, as he himself called it. With this record behind them, the band are once again touring the world. Without the demon drink, but with countless pop-punk smashes such as Fat Lip, In Too Deep and The Hell Song. Serious partying guaranteed!

A Pinkpop first! Supergroup Prophets Of Rage will be giving their first Dutch concert at Pinkpop. The band consists of Tom Morello, Tim Commerford and Brad Wilk of Rage Against The Machine along with rappers Chuck D (Public Enemy) and B-Real (Cypress Hill) and DJ Lord. Not to be missed! The first EP The Party’s Over showcased a banging mix of the styles of the members’ original bands. Music with a message. Will the Prophets re-create the earthquake Rage Against The Machine caused in Landgraaf in 1994?!

Things have been remarkably quiet on the System Of A Down front since 2005. Band members were focussing on other projects, singer Serj Tankian cut four solo albums – for a while, it seemed as if the group might just fade away. Then, in 2011, there were signs of life, and several reunion concerts. A few years down the line and finally there’s also a new album on the way! The release date is not yet known, but it would be virtually unthinkable not to get a taster of the new material at Pinkpop. But even if we don’t, it will be great to hear alternative crossover-metal classics like Chop Suey and B.Y.O.B. again in all their glory. Wake up! Grab a brush and put a little make up!