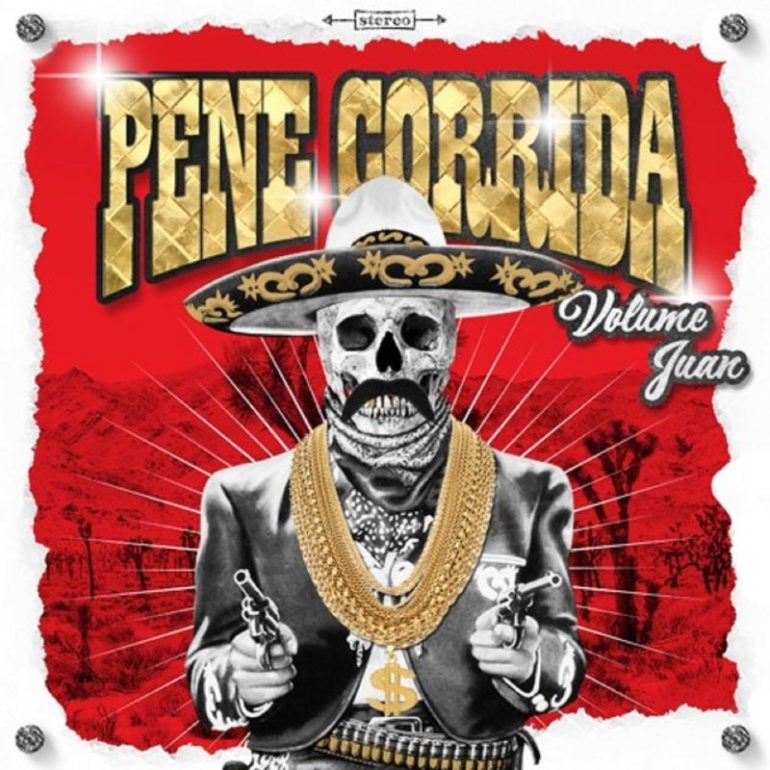 What happens when you mix mainstream pop songs with metal? Yes. That’s Pene Corrida. The band describes their sound as pop music on steroids. An unexpected surprise, to say the least. Their traditional Mexican outfits throw you off the reservation a little bit. Don’t be mistaken though, because this band originates from Dordrecht. Less exotic than their appearance might suggest. Nevertheless, nothing is too crazy for this band. With a solid dose of humour and conviction they are bound to win over any kind of audience. A metal coverband with a strong live reputation.

They don’t shy away from classic hits such as ‘Captain Jack’ and ‘Vamos A La Playa’, which are brilliantly done. Never expected to be moshing on ‘Adele’s Rolling In The Deep’. Or Disney’s ‘Let it Go’ for that matter. After the release of 3 EPs and playing countless shows over the last three years, Pene Corrida decided to record Volume Juan in the end of 2016. The first full lenght album after their well-received EPs.

One look at the tracklist and you immediately know what you are in for. These boys don’t mess around. The familiarity of the songs, combined with the serious talent of the musicians result in a little masterpiece. Pene Corrida succeeded in making each song on the album their own, which is exceptionally hard when the audience is so familiar with the original. Ballsy stuff! The variety of tracks on the album will definitely appeal to a big audience. The fast paced covers of ‘Let it Go’ and ‘Freestyler’ get the party started. Here and there Pene Corrida lets us catch our breath with ‘Skyfall’ and ‘Save The World’. Overall an album with lots of energy, screams and thrash drums. Classics glazed with metalcore, modern mainstream pop interpreted from a metal point of view. If you like your guilty pleasures with an edge, definitely give this album a go.