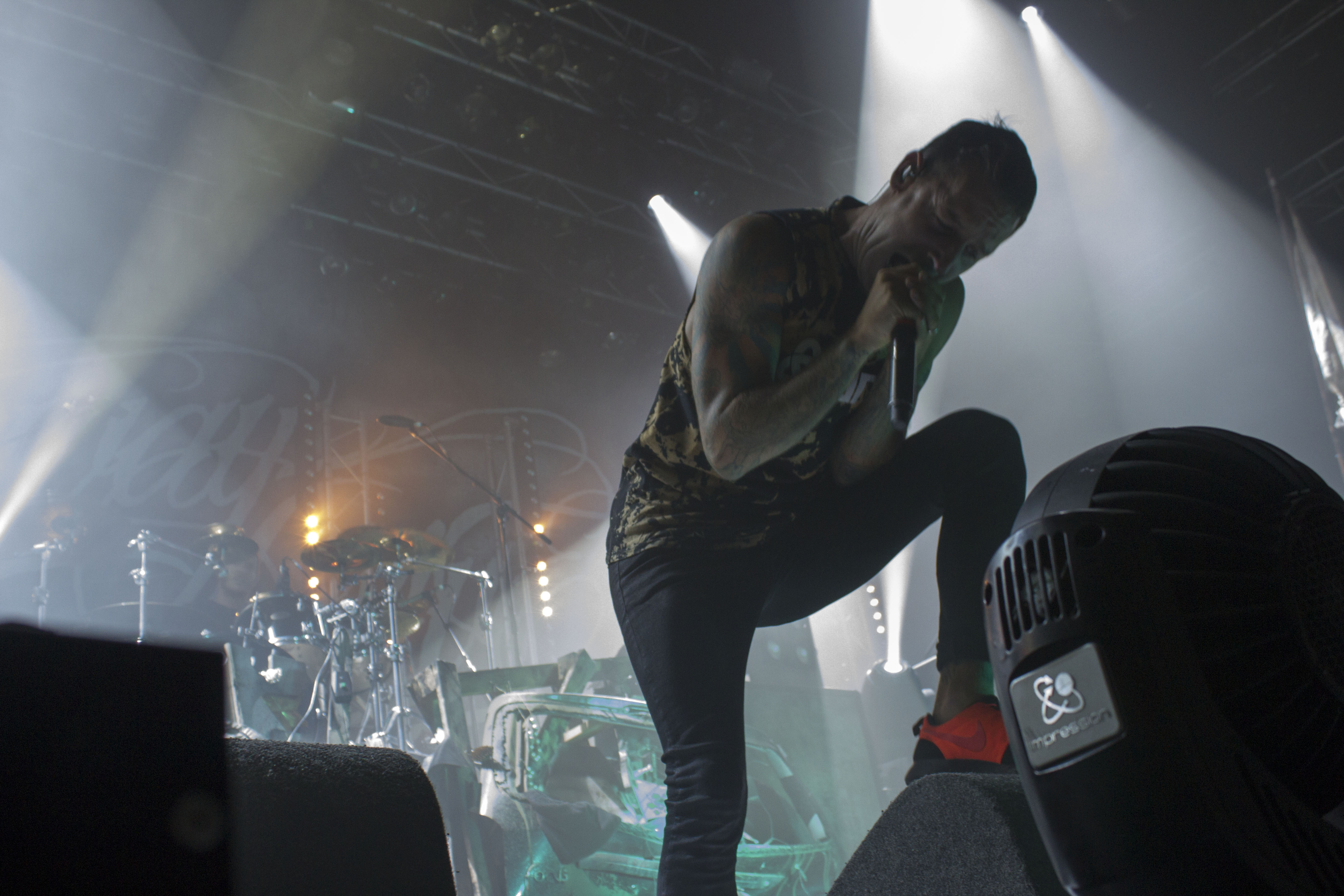 December 11, 2014 | 013, Tilburg – Standing in the Jupiler Hall of 013, it soon is clear what music will fill the evening. Everywhere gather metalheads. With three support acts Parkway Drive came to Tilburg to give their only Dutch show. I was there on behalf of PitKings to write a review of this concert. Tara Bijleveld made some awesome pictures for us!

Carnifex (USA)
The evening begins at half past 6 with the American deathcore band Carnifex. The hall is still half empty and it’s noticeable that everyone is coming for the later acts. The public is, with some exception, tame watching the stage with a beer in hand.

North Lane (AUS)
The second band is the Australian metalcore band North Lane. They’re being received with more enthusiasm. More people come into the room to see the band. A small moshpit is formed after the band requests it, but after a few minutes it already ends.

Heaven Shall Burn (GER)
The third act is the German extreme metal band Heaven Shall Burn. It soon becomes clear that there are in addition to fans of Parkway Drive also die-hard fans of HSB. The hall is flowing really full now. From the first notes it comes loose: fans clamoring to receive the men, moshpits are started and everyone sings along lustily. Heaven Shall Burn is a headliner itself and therefor many members of the audience wear a shirt or sweater with their name on it. If anyone is dancing strange, singer Marcus Bisschof can’t resist his annoyance about to let out: “If you wanna dance like an idiot, fuck the hell off. You’re irritating me, and the rest of the band.” After that they resume the rest of their show. A tight show for a band that earns more than being a support.

Parkway Drive (USA)
And then it’s Parkway Drive’s turn. The hall is now full and all the photographers and security have gathered around the stage. Fifteen minutes earlier than scheduled the first notes sound through the hall. While the band takes the stage, the confetti cannons go off. It’s going to be a party with the band, that’s for sure. It soon becomes clear why all the security stands in the front: one after another comes crowdsurfing toward the stage, after which they are guided directly to the board with “no crowdsurfing allowed”. Parkway Drive is an band that knows how to make a show. With a lot of fun they perform the songs to the Dutch public. It’s a band that’s happy with what they have now, which have fun in their work. And this pleasure they bring to the audience: many moshpits spread over the room and fans scream along with all the songs. To make the show even more spectacular they put down fire machines. It gives the show extra strength. Half an hour earlier than is scheduled, Parkway Drive end their show. But the fans are happy and that’s what counts. 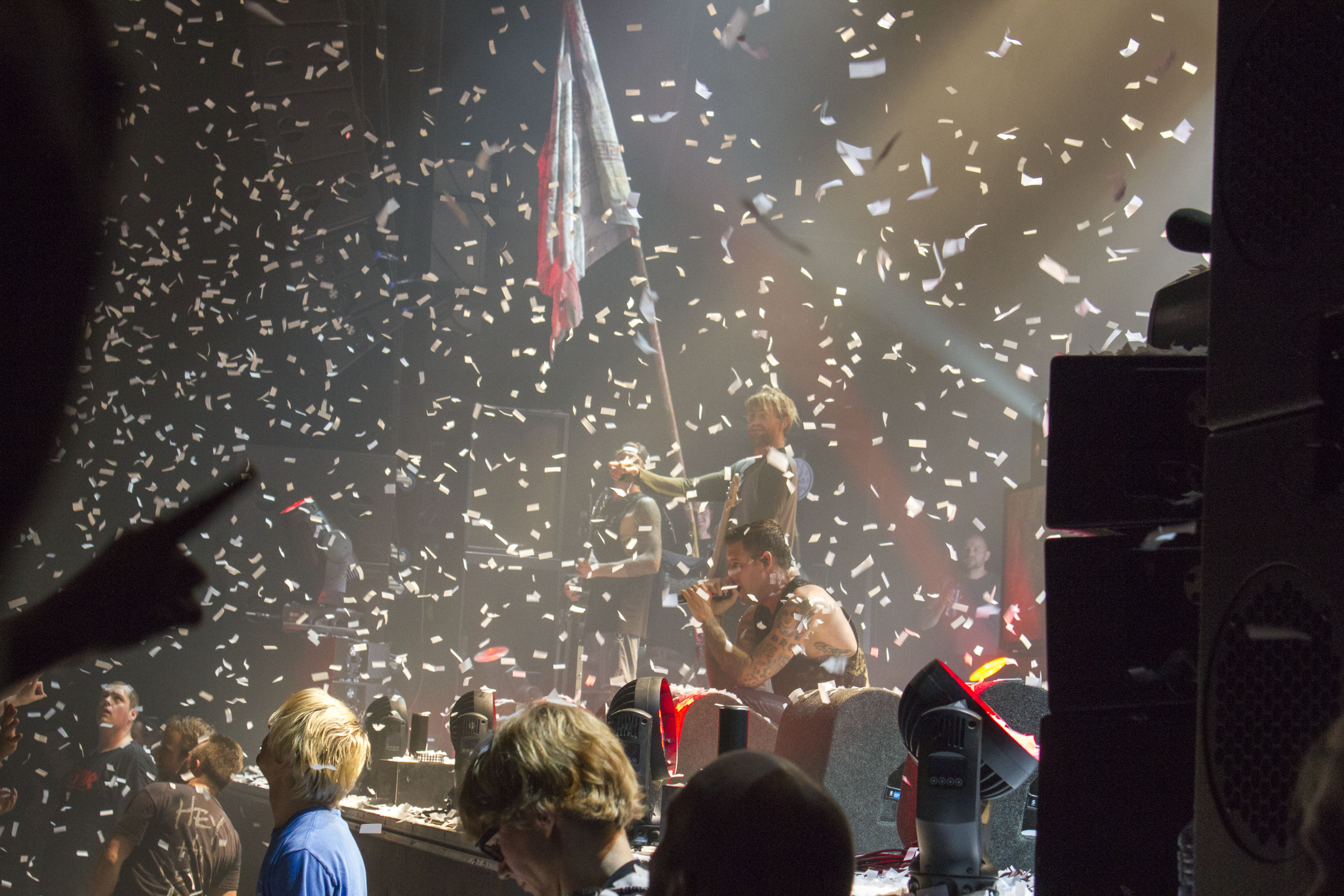 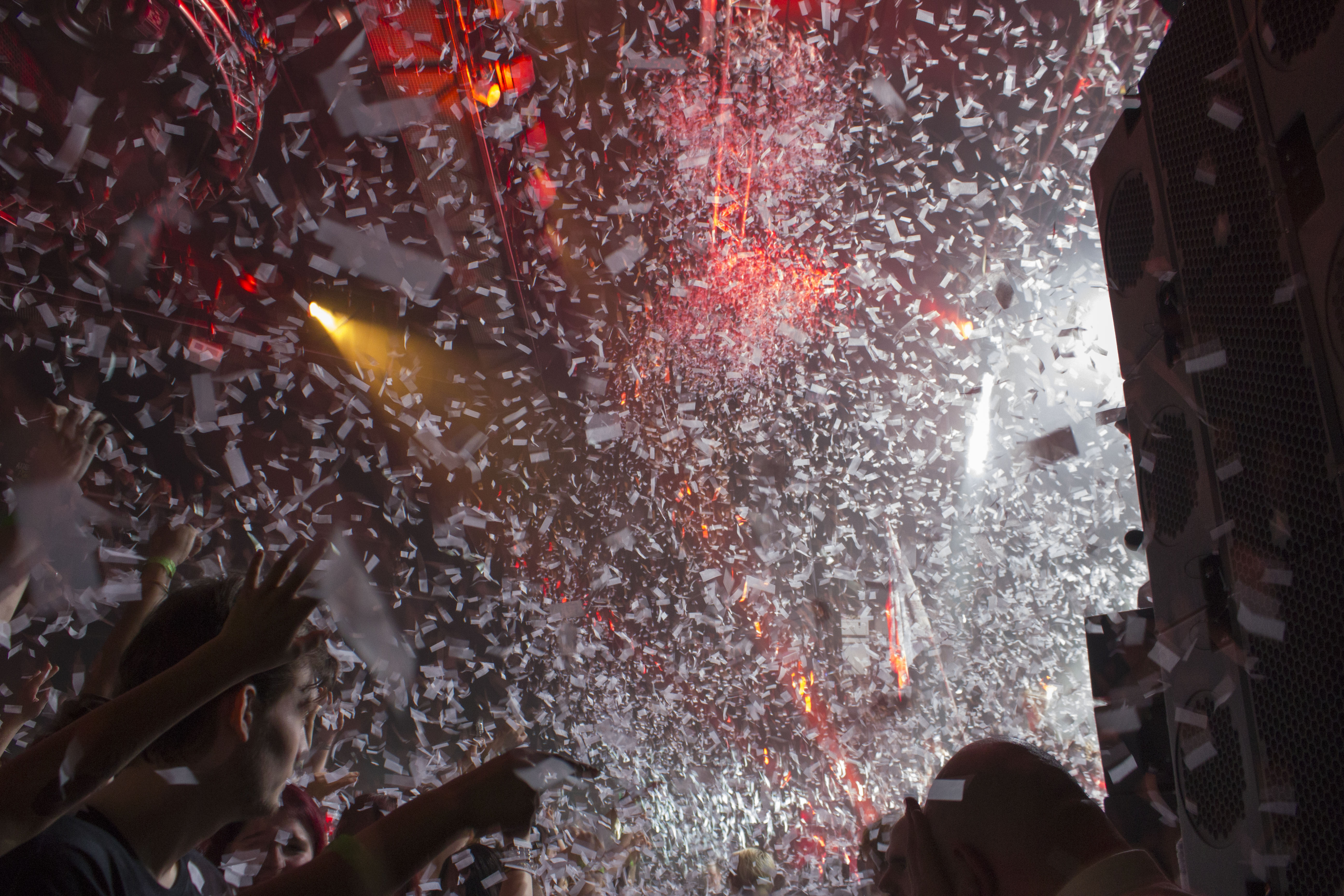 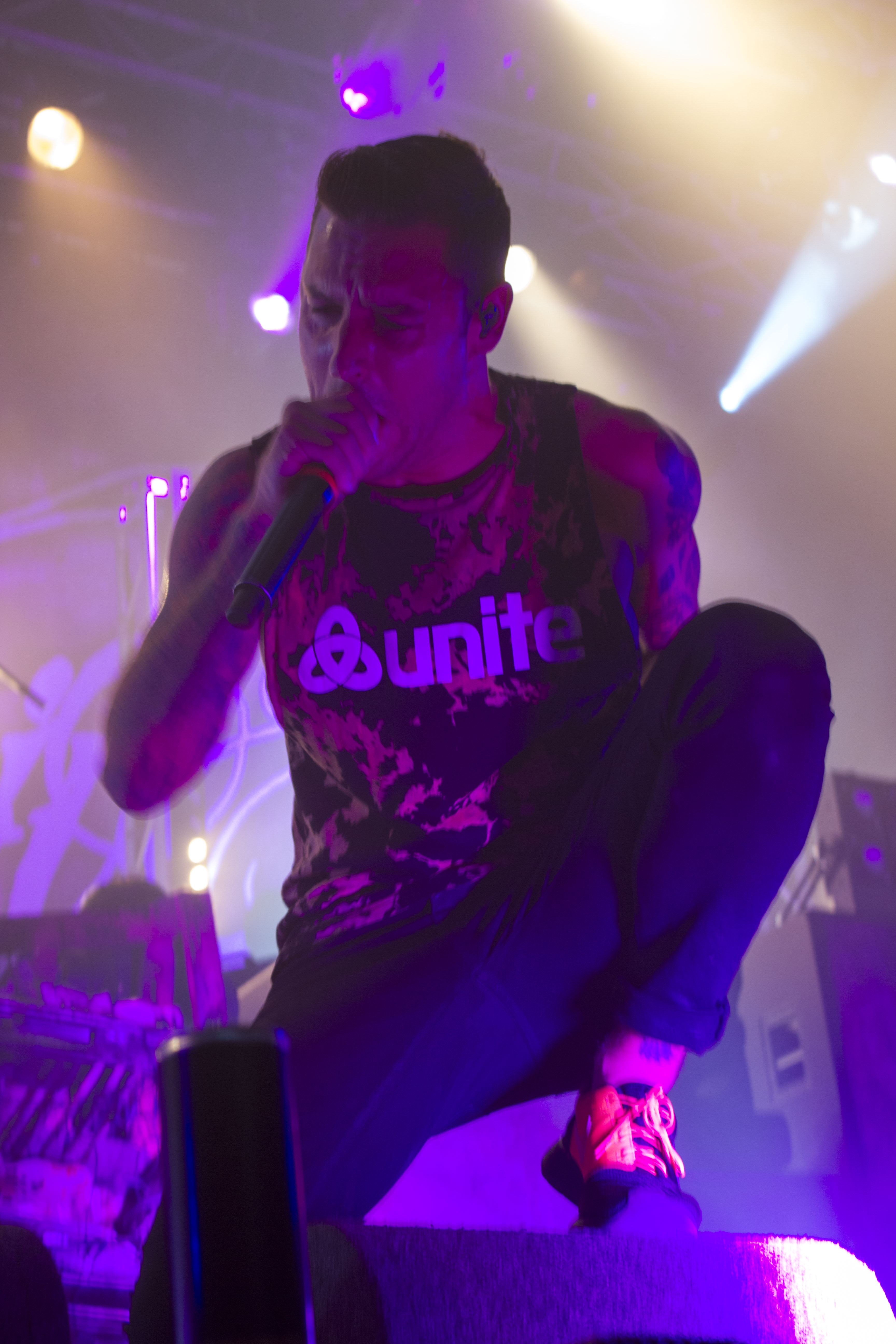 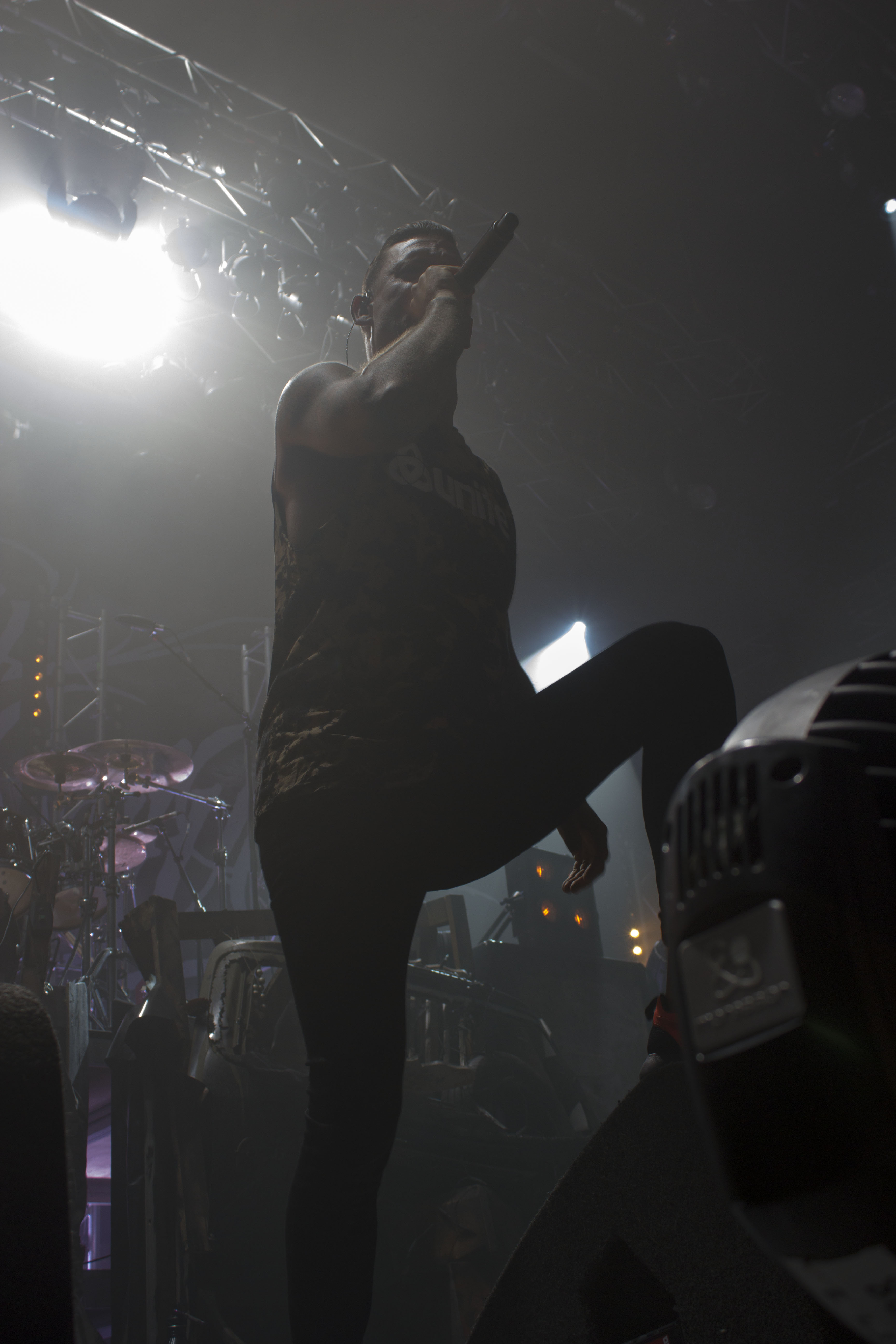 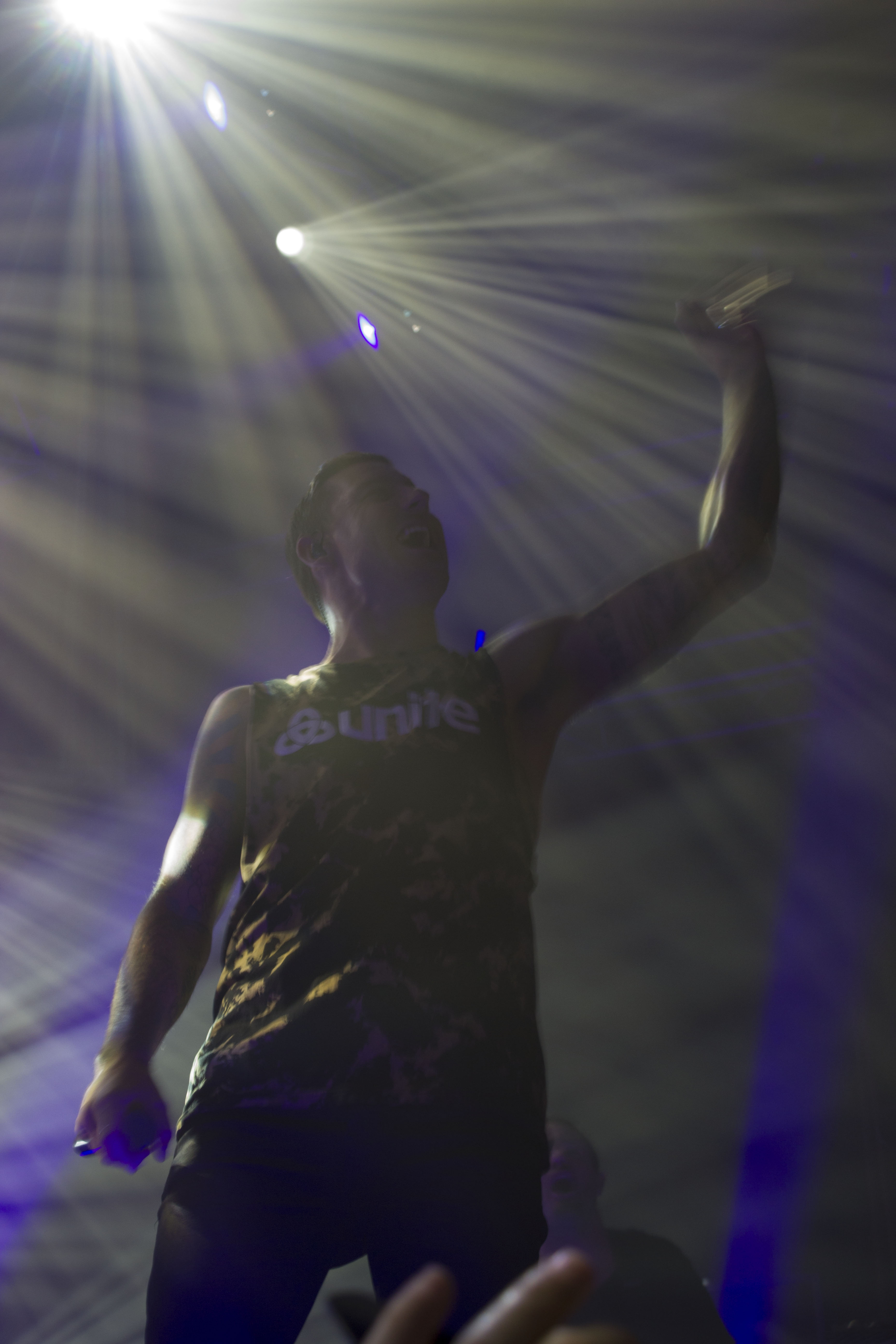 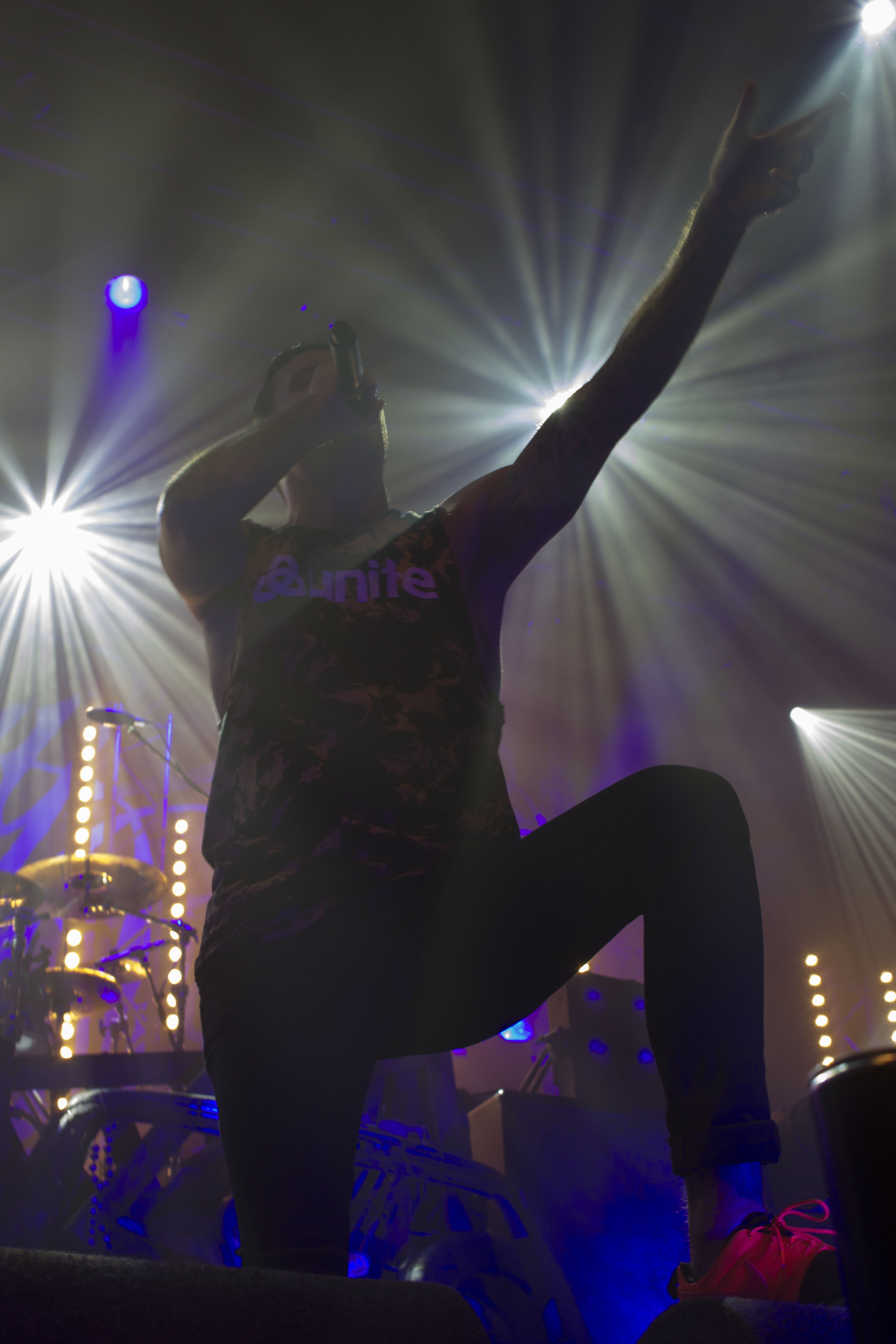 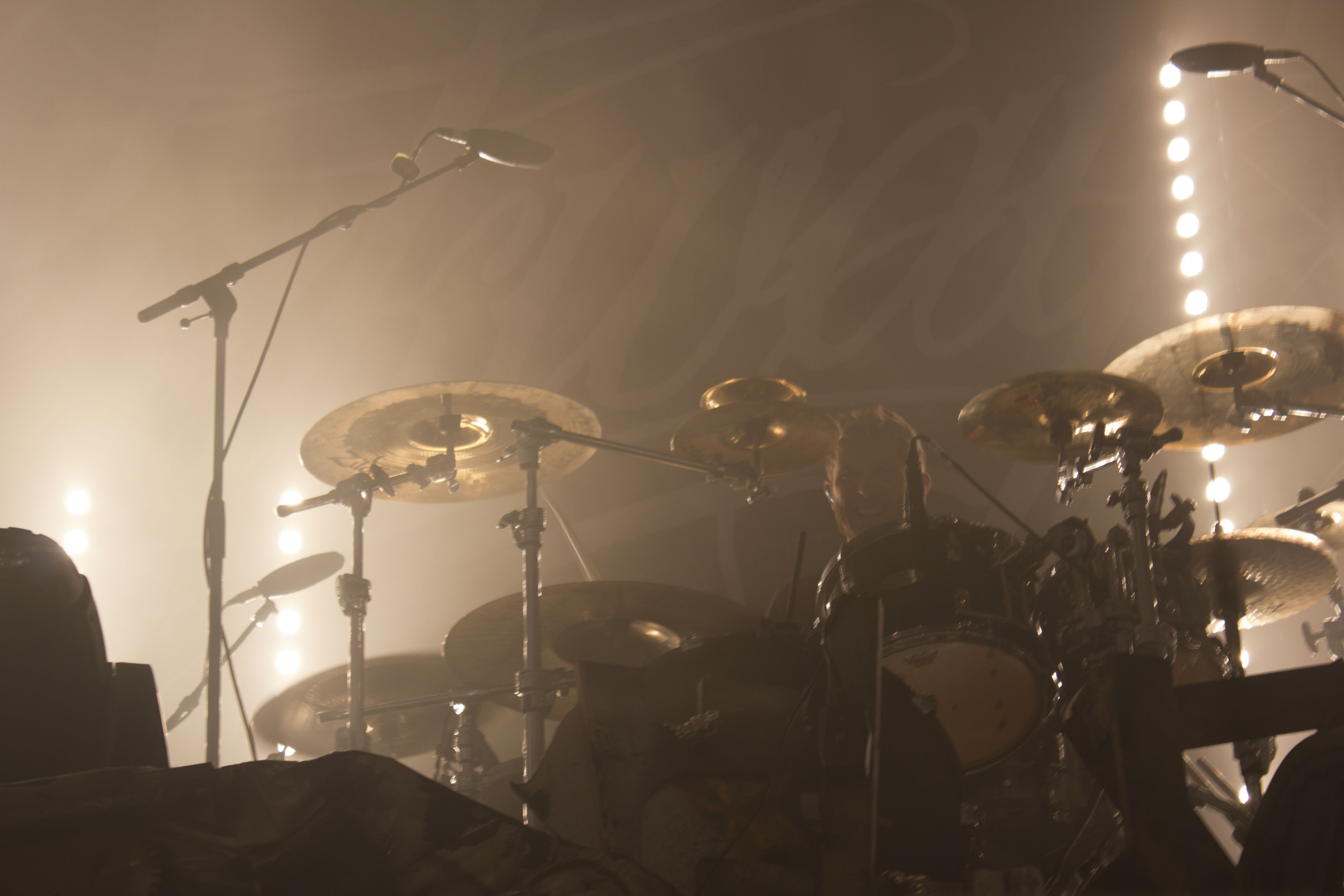