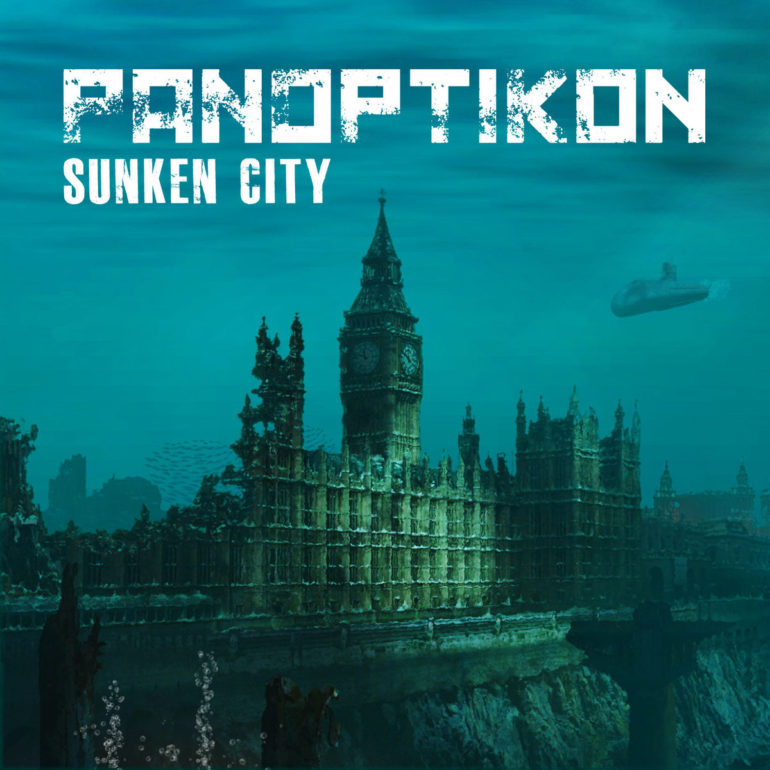 The Dutch band Panoptikon plays like they say “oldschool death/thrash metal with influences of Bolt Thrower, Entombed and Sepultura”. In 2013 the band is founded and since then they played multiple shows and released their second album in the same year. In January this year the formation released ‘Sunken City’, their first full-length album. Time to find out what this album is all about!

The album starts with the song ‘Pushing Forward’. From the beginning is clear that I’m listening to death metal. A low harsh voice takes over the guitar riffs and drums. Slam, but then a whole different level because of the thrash influences. You can clearly hear the influences of Entombed. Almost the same guitar play, same tempo. Even though the similarity is very high, the band sticks to their true sound. On to the next song, the title song ‘Sunken City’. It seems like the song continues where the other ended. Almost the same melody, same vocals. But then a kind of breakdown kicks in and the song is completely different. A good surprise!

On to ‘Moving Backwards’, the 5th song of Sunken City. A smudged voice and up-tempo drums and guitars fill the room. Now it looks like it’s a different kind of music, namely more the thrash side of the band. But they proof with this song that they can handle it perfectly. Every piece seems balanced, well-thought and is good performed. The 8th song is ‘Smack in the Face‘. Hard, a lot of speed and nothing is expected. This proves again that the guys know what they’re doing. They handle the song with care, but still know how to transcribe the true ‘Panoptikon-sound’. After a few very good songs we already know that the band fits in the same list as their influences. ‘Damn Deal Done’, a cover of Entombed, is the last song of the album. The guys did a hell of a job! The song sounds, smells and looks like the original, but then with a sort of ‘thrashy’ coat. A very good enclosure and definitely an amazing choice of the band. The guys honor their idols in a very good way.

Conclusion
This album definitely proves that Panoptikon fits in line with bands like Entombed and Bolt Thrower. After hearing this album I still don’t understand why they say they have influences of Sepultura, but that doesn’t matter. The album is amazing. The songs fit perfectly together, you can hear that they know what they’re doing and they created an own sound. Visiting a concert? Count me in!