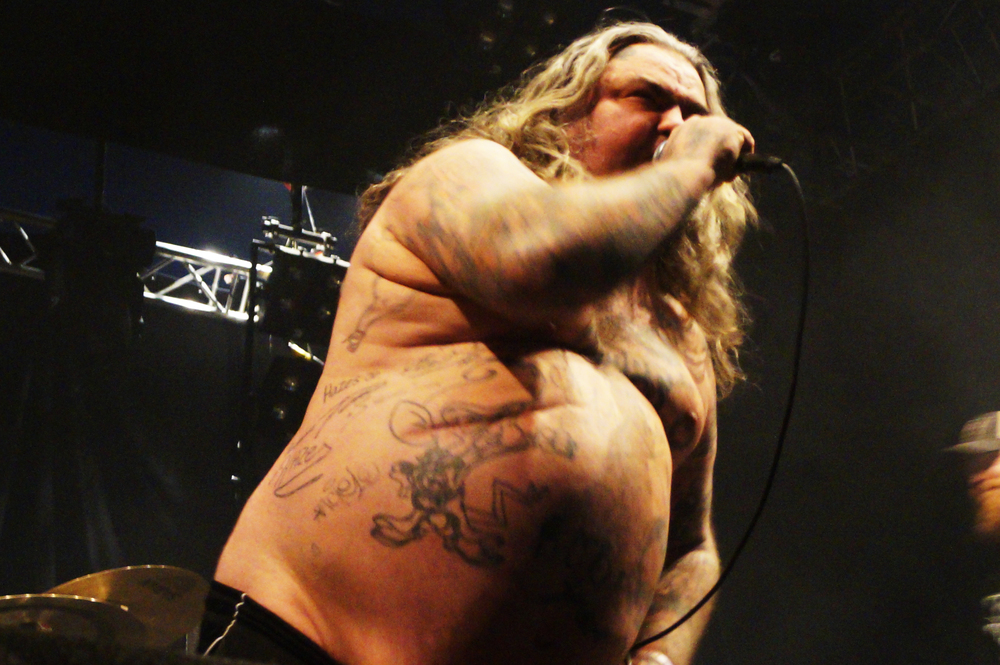 April 5, 2015 | Paaspop 2015, Schijndel – The third and last day of Paaspop in Schijndel has come. Today we visited the bands The Gentle Storm, Against Me, Monomyth, Dirty Daddies and Peter Pan Speedrock. Read more about day 1 and day 2.

The Gentle Storm
The day started round 16:00 for Pitkings with The Gentle Storm. In contrast with two weeks ago in Melkweg Amsterdam the band was now fully relaxed. They had a lot more confidence and energy. Again there were a lot of The Gathering fans. The Jack Daniel’s Stage was full, everyone was clapping and moving. The voice of Annemieke and Marcela were very clear and full of strength. They gave a wonderfull show.

Against Me!
After a break, walking around and grabbing some food it was time to go see Against Me.The punk rock band from Florida was taking over the Jack Daniel’s stage this evening to present their latest album ‘Transgender Dysphoria Blues’. With the soundcheck a bunch of guys were line dancing. After a few steps some others joined them.From the beginning the band kept moving and so was the crowd. A little smile appeared on the bands faces when they saw everyone having fun. Their music isn’t that loud, but loud enough to start little moshpit in the back.

Monomyth
At the Jack Daniel’s stage is Monomyth playing. A Dutch instrumental kraut/stoner rock amazed the crowd. Monomyth made the whole stage shake with their low, loud and dirty sound. A great performance one of the best that played the festival.

Dirty Daddies
We’re heading over to the Theatre, where The Dirty Daddies already started. From the first notes of Thunder, till the end of the show everyone was singing along with this cover band. From rock to RnB and Hiphop, this band can play anything. Every genre came along in the 75 minutes the guys were on stage. This band knows how to throw a party in the overloaded Theatre tent. Beer flew through the air, The Dirty Daddies bounced up and down on the stage. It was definitely a good party.

Peter Pan Speedrock
For Pitkings the end of Paaspop was almost there, but not till we’ve seen Peter Pan Speedrock perform. Peter Pan Speedrock had the honour to headline the Phoenix stage. Like always masqotte ‘Dikke Dennis’ introduced the band. He did this with a loud screaming, which was a sign for the band to let the Phoenix shake with their music. A large moshpit started in the front. A show from Peter Pan Speedrock goes hand in hand with big moshpits and beer flying through the air. The set they played consisted from some of their best songs like ‘We Want Blood’, ’Go Satan Go’, ‘Hellalujah’ and many many more. They ended Paaspop with an exciting party and they played ‘Ressurection’ as encore.After twenty years the band still loves to perform and is still the same as before: loud and full of energy.

The festival season has been officialy kicked off. We’ve seen some interesting bands and much too look forward too this festival season like John Coffey, Monomyth, Truckfighters and Nothing But Thieves. We had a blast at Paaspop. A lot of amazing bands, people and lots of food. See you next year!