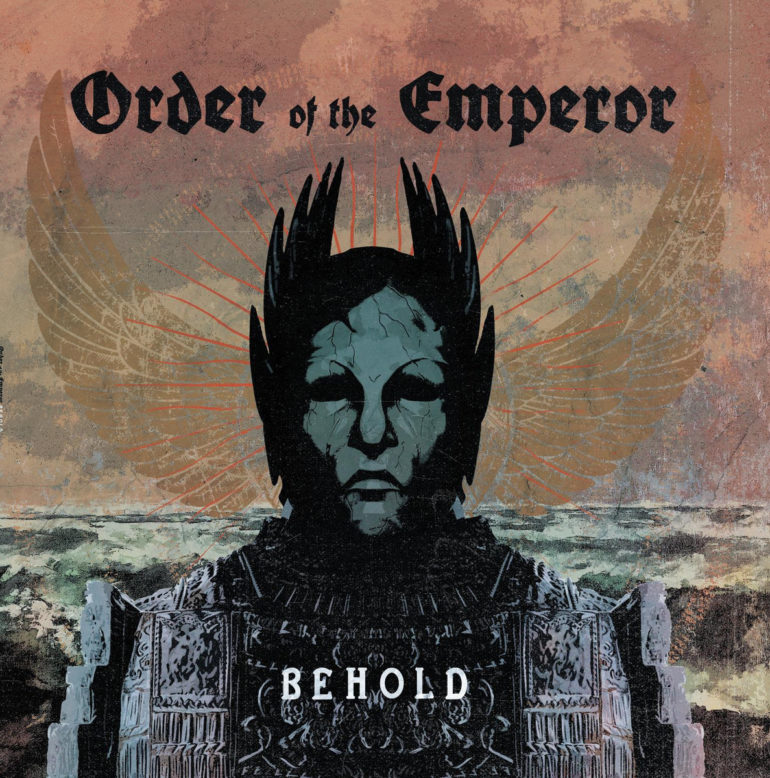 The Dutch groovy hardrock band Order Of The Emperor comes straight out of the smoggy harbor of Rotterdam. On October 1, 2016 they will release their first full length album ‘Behold’ at the venue V11, Rotterdam. They caught my attention, because they said that they are influenced by Thin Lizzy, Black Sabbath, Led Zeppelin, Judas Priest and stuff like that. For me reason enough to listen to this album and write a review about it!

The album starts slow with the song ‘One Week’. The pumping heavy lead riff and the catchy melodic chorus is filling the room. It immediately reminds me to the song ‘Sabbath Black Sabbath’ from Black Sabbath. A good song to warm up and get used to the sound of ‘Order Of the Emperor’. All the other songs on the album are also not really fast, but very heavy. The strong ingredients on this album are for sure the high quality sound, the vocals and the excellent guitar work. Especially the twin guitar solo’s are just awesome! The song ‘Take The Blues Away’ contains a fabulous chorus, including old school high tuned heavy metal vocals and twin guitar solos. For me this is the best song of the album.

I was thinking and thinking to what band they remind me and certainly I knew it: The Damned Things: the heavy metal super group featuring Scott Ian and more. Especially the song ‘Emperor Of Rock’ could be a song of them. My conclusion is that their music is not that original, but certainly not unoriginal. Order Of The Emperor gives their own sound and style to a genre which is reinvented many times before. They just modernized the seventies/eighties hardrock and gave it a new catchy skin. You love it or hate it. I love it! A real live band I guess, so can’t wait to see them live.