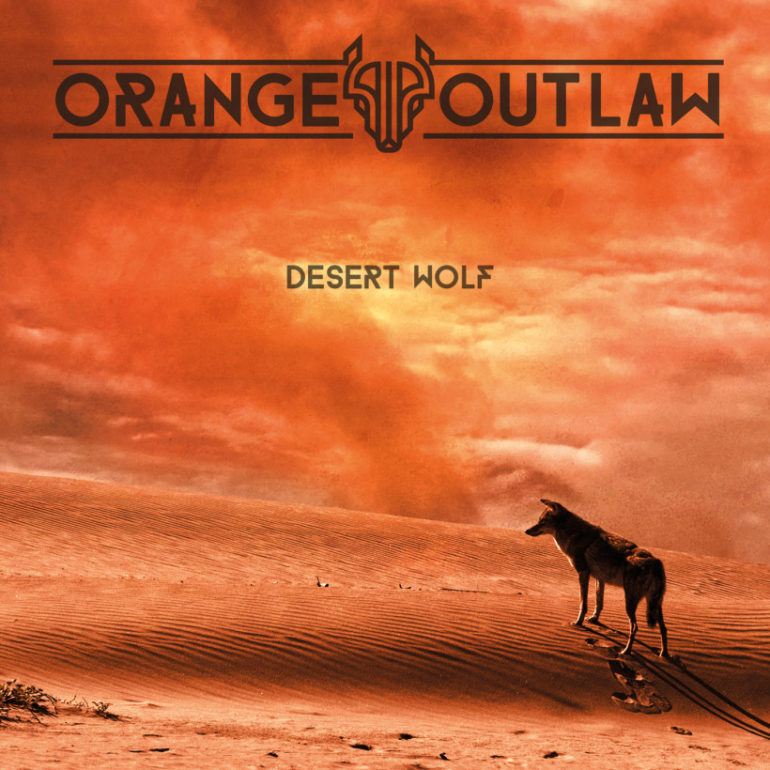 Straight out of Amsterdam comes Orange Outlaw. This young melodic hardrock band just released their brand new debut album ‘Desert Wolf’. To be honest, before I received this album, I never had heard of these guys. But after hearing this album, I’m for sure all the hardrock lovers in the Netherlands will know them soon!

Pounding riffs are pumping into your room
What an amazing sound and production this album has! Unbelievable! Not often I heard a Dutch band with this high quality sound. And if I didn’t now they were from The Netherlands, I would say they’re from the USA. To starts with the vocals. It’s strong, melodic and he sings like a native American. Just perfect and nice to listen to. Also the guitars are an orgasm for your ears. The sound of the guitars is a mix between Slash and the whining distortion of Zakk Wylde. Also the clean guitar parts are really, really clean and you hear nothing but silence and resonance. And then the drum parts. No straight ahead ‘boom-tsjak’ drums like almost every hardrock band does, but unpredictable fills, breaks and also lots of double bass. All those ingredients provide a solid foundation for a successful album.

Like I said, the production of the songs is from very high quality, but also the composition of the songs is very good. From the first song ‘Charger’ to the last song ‘Running Again’, the pounding hard rock and metal riffs and intense solo’s are pumping into your room. Except for two songs: with the ballad ‘Nobody Wants Me Tonight’ and the acoustic, instrumental song ‘El Blanco’ they created some moments of rest on the album. A good choice.

For me the song ‘To Me You’re Done’ is the highlight of this album. It starts acoustic and goes from a slow chorus to a faster and heavier middle and ending. It really takes you into the song and grabs your attention for 100%.

Conclusion
It’s hard for me to find any negative points. You could say that this is a copy of Alter Bridge or Slash, but I just don’t agree with that. Of course those bands influenced them, but they added a complete own sound to it. It’s different and original in it´s own way, especially with the pounding riffs and great solo´s. Just check this album and check them when they play a gig in your neighborhood. You won’t be disappointed!