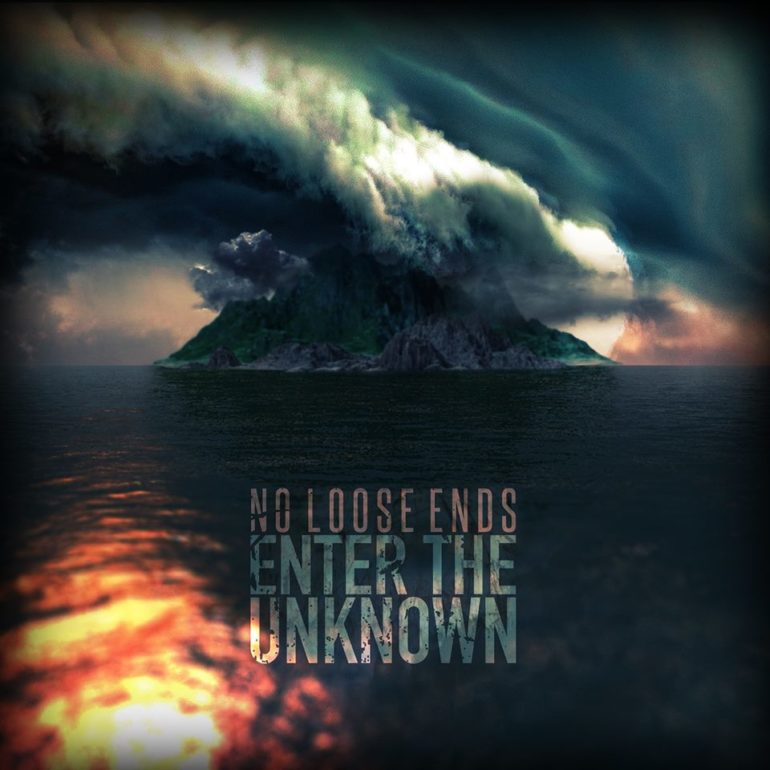 The Dutch melodic metalcore band No Loose Ends released their debut album ‘Enter The Unknown’ on May 9th, 2016. The album is completely self produced by this young band and they promise us metalcore with influences of modern metal, jazz, blues and alternative dance music. We already watched and listened to the official video for the song ‘The Lost’, but now it’s time to check the complete album.

The album starts with a nice intro called ‘Sea’. It’s a short piece of music which sounds like a soundtrack of a movie, including rain, people screaming for help and piano tunes. The second track and the first song ‘Built My War’ shows the real sound of ‘No Loose Ends’: nice melodic and up-tempo metalcore with a bunch of influences like modern, symphonic and progressive metal and even jazz music.

The most important thing is that I don’t get bored at any moment when listening to their music. Every other song on ‘Enter The Unknown’ has its own atmosphere, story and identity and I think that are the perfect ingredients on this album. A refreshing album packed with surprises like the melodic guitars, bombastic drums and well placed guitar solos at the right moments. The vocals are heavy and brutal, but also clean and melodic at certain moments, which gives this album a dynamic feeling.

This young band produced this debut album completely by their own, so they deserve a big compliment for that! The only negative point I would like to mention is that some songs, like ‘Malevolence’, have a weird ending. It sounds and feels not very natural in my opinion. Just a small thing!

They succeeded to catch a different vibe in every song and that’s making this album very dynamic. A surprise is followed up by another surprise. I think ‘No Loose Ends’ did a very good job with this debut album! I hope they will play a lot of shows the upcoming period because of it and start working on a second album soon!