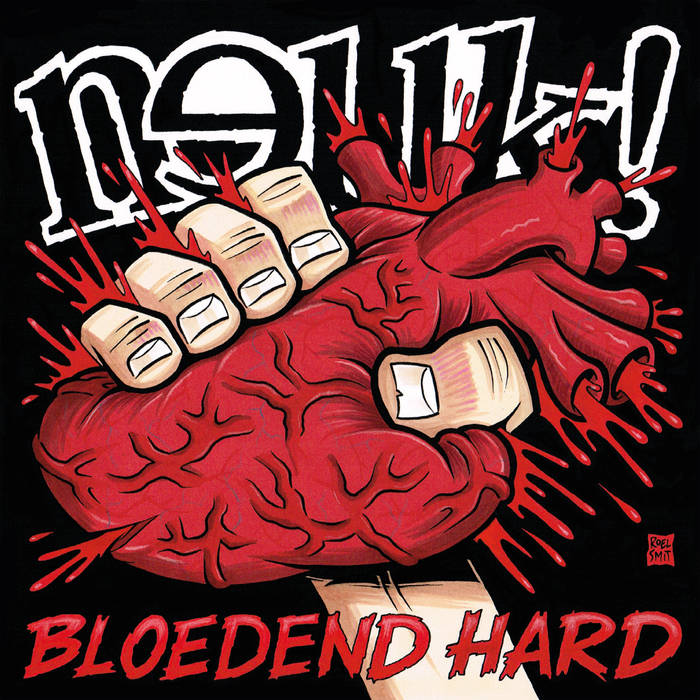 Neuk! (Dutch for Fuck!) is just an awesome band! I’ve known them for quite some time. Somewhere in the early zero’s I bought their third album ‘Het Nadeel Van De Twijfel’, which is Dutch for ‘the drawback of the doubt’. I really loved that album. It mixed hardcore, punk and hiphop. If I had to name a similar band, I’d say Downset comes to mind. In 2006 the band decided to quit, but after same reunion shows through the years they are now back with a new album called ‘Bloedend Hard’, which is released in June 2016. Their first album since 2001!

It’s pretty difficult to write a decent review about a band who sings in Dutch. Neuk! always have lot plays on words. Take the album title of their new album, Bloedend Hard, which means ‘bleeding hard’. A nice play on words, but it also describes the album’s attitude. It’s hard. I think it’s harder, vocal wise, than their previous albums. There are more scream, which make the album more aggressive. I like it!

Musically it’s like Neuk! never stopped. They were on hiatus since 2006, with a couple of shows every year. Early 2016 the new album was announced. I was siked! It took me quite a while to finally review the album (sorry guys!), but I finally managed to find some time. What can I say? The album is awesome, from front to back. A nice little achievement is that the album never bores me. Ever. Scout’s honor. It’s hard, I already told you that. But it’s also fast when it has to be and laid back when the songs ask for it.