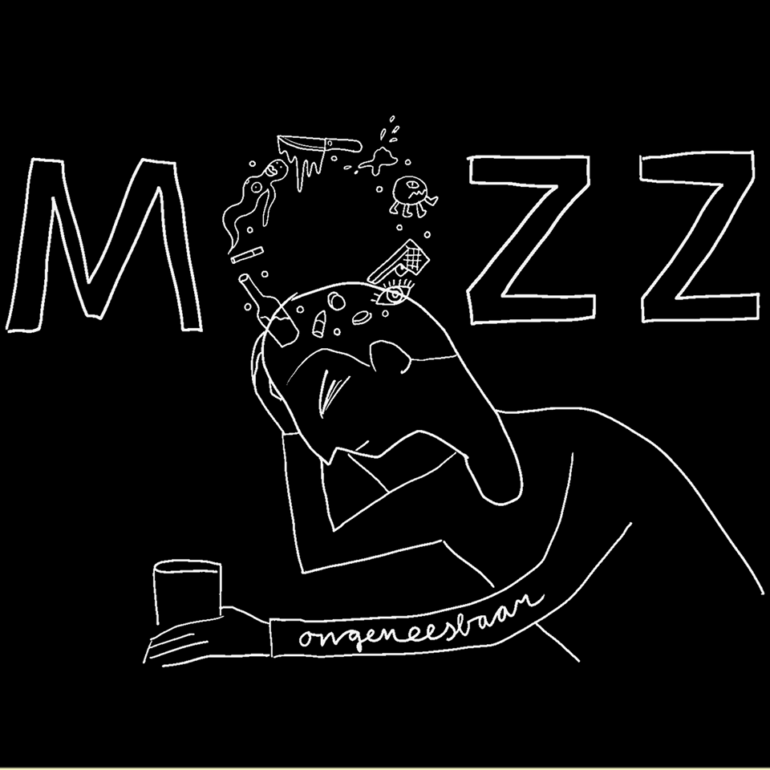 Based in Rotterdam, the punk/grunge band MOZZ was put together early 2012 and have been playing ever since. They are picking up the pace, and trying to make their mark with their debut EP ‘Ongeneesbaar’, released in January 2016. Quite some time ago, but they just deserve an album review!

A raw display of raging riffs, fast paced songs and cracked vocals. Melodic punkrock underlined with croaky vocals of frontman Rory, is what to expect when listening to this album. In essence MOZZ is a no-nonsense punkrock band that is paving it’s way in the Dutch rock scene. The band’s sound can be compared to De Dood, LAF and Rott’n Damned. This album is a crazy rollercoaster, which makes you wonder where the band has been hiding all these years. Sharp lyrics, heavy drums and spiked guitars.

The song ‘Snarenbreker’ is quite catchy and sounds like a typical classic punk song. Old, but gold. Nevertheless perfectly executed. All lyrics are in Dutch, poetic and ‘in the face’. These guys play a mean guitar in ‘Koud Zweet’, which is an up-tempo and raging song packed with energy. Credit for the drums, who plays a huge part in making or breaking this album. This album easily makes you want to turn up the volume. Not for the fainthearted. However, the band does give the listener a break with the track ‘Bittere Pil’.

The album consists of 6 songs that are skilfully put together. Not one song on this album sounds the same, which in itself is admirable. The album makes clear a statement on what the band is all about. They don’t tread lightly about it. The album is a comment on living in modern day society, pressure to perform, consumerism. A hint of non-conformism can be found in the song ‘De laatste Bataaf’. In conclusion this is a 15 minutes well spent. The album is very accessible and is what you can expect from a typical punkrock album. MOZZ delivers just that.