June 18, 2017 | Iduna, Drachten – One of the world’s best and hardest working stoner band was in town: Monster Magnet! The band members must have had a good night sleep, before hopping on stage at Iduna in Drachten. Not being the first band to travel from Dessel, Belgium (Graspop) to Drachten this weekend, because Rotting Christ traveled the same distance a day earlier (review over here).

Monomyth (NL)
While preparing for their new album, the Dutch stoner band Monomyth will perform a couple of shows in November and only one during the summer. Tonight they have the honor to play as support-act for the almighty Monster Magnet. For someone who’s never seen Monomyth live: expect everything from Pink Floyd through stoner and beyond. Just without the vocals, because they only play instrumental music. That being said, Monomyth’s up-tempo repertoire made sure the crowd was ready for Monster Magnet. 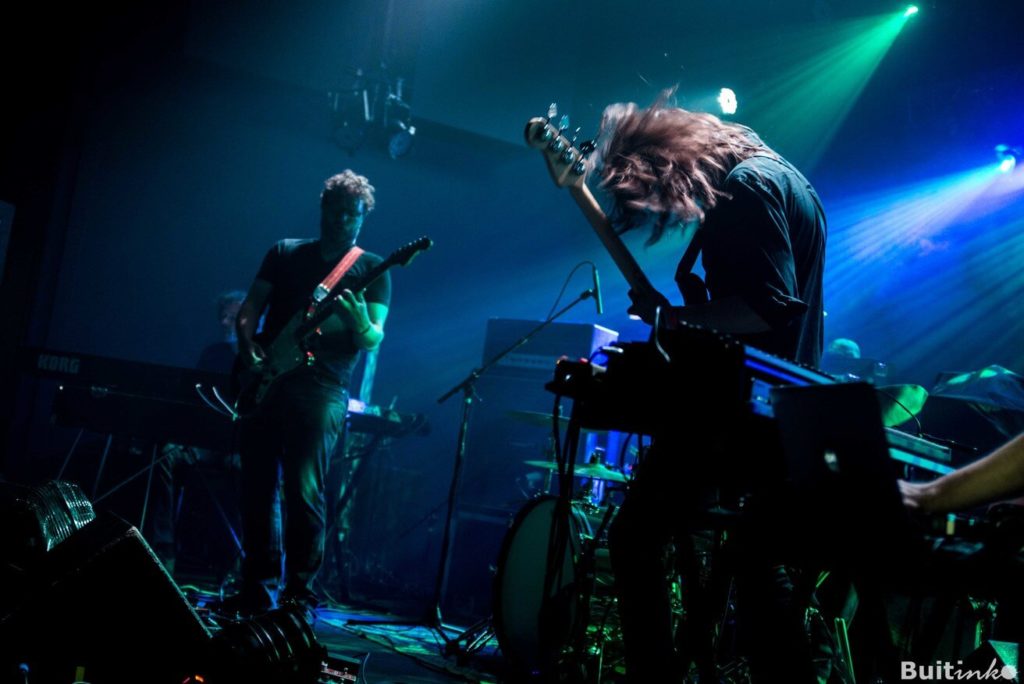 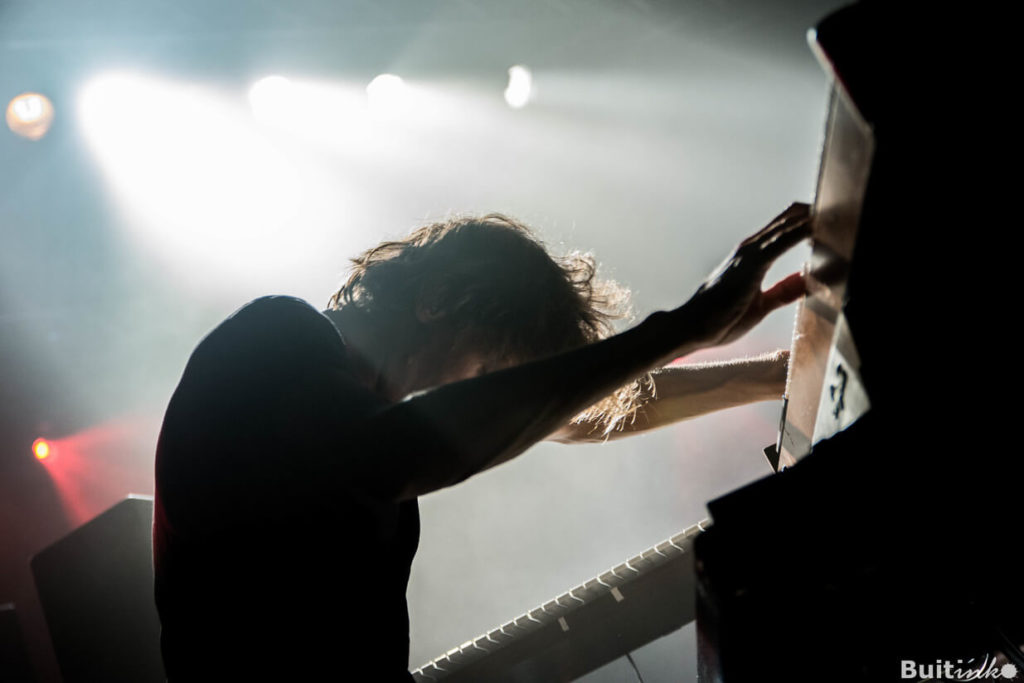 Monster Magnet (USA)
Monster Magnet had the honor to end a beautiful sunny day and did it by using their well-tested method: firing high-powered stoner rock. The gathered crowd seemed to enjoy every second of it. Monster Magnet showed no sign of fatigue while playing their full set after Monomyth warmed up the crowd. There was no time to cool down, as the first couple of songs followed each other in rapid succession. During the rest of the set, the band jumped around stage and was actively looking for interaction with the crowd. This all came to a beautiful ending with the last song of the evening: ‘Space Lord’. The crowd sang along to the chorus, much to the delight of one of the fittest people in the room, the 60-year old Dave Wyndorf. This band must have traveled the world a couple of times by now, playing since 1989, but there were no signs of giving up this evening. Just awesome and still a tight oiled machine! 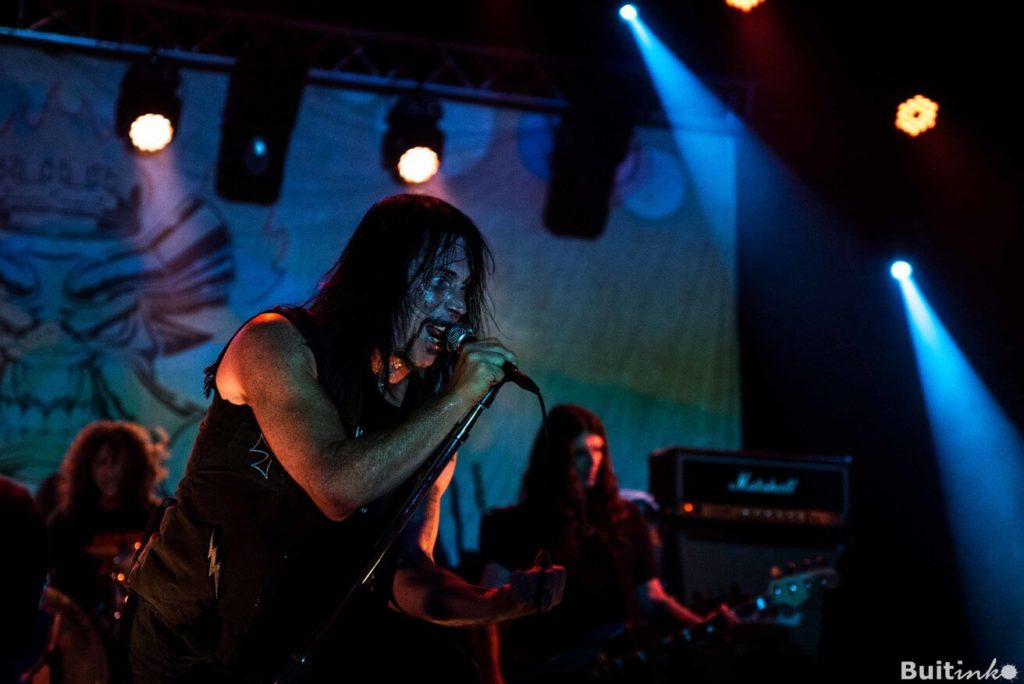 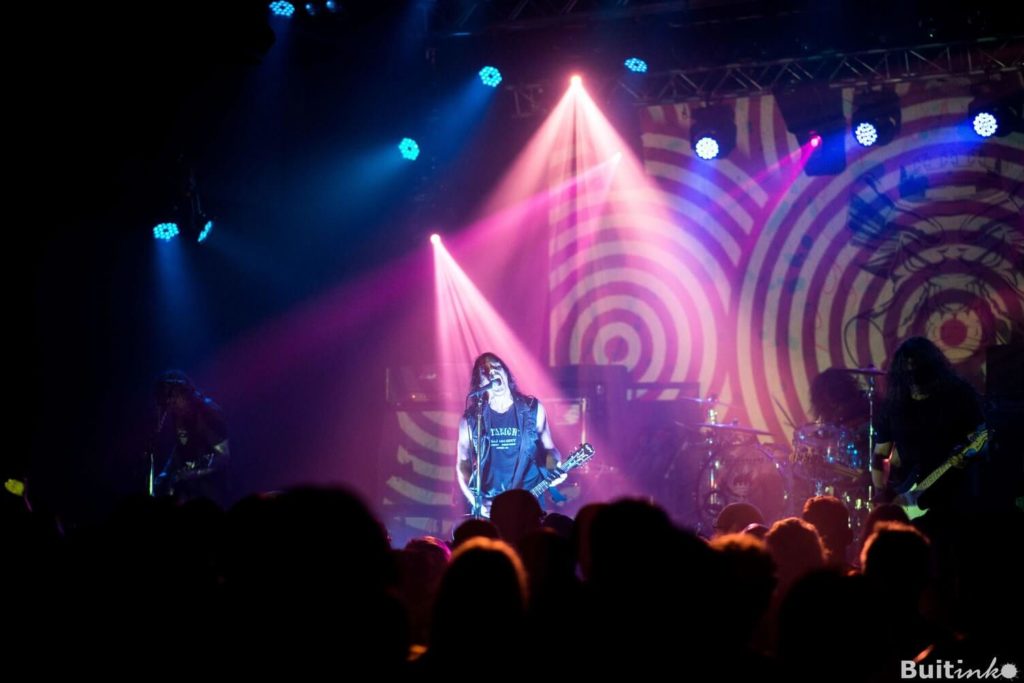 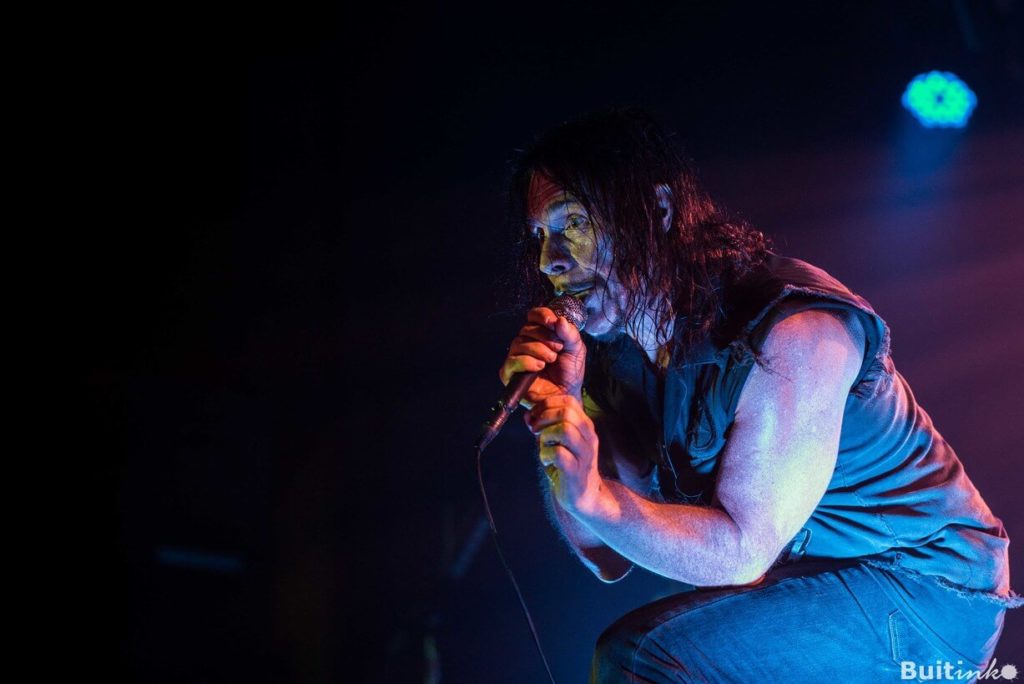 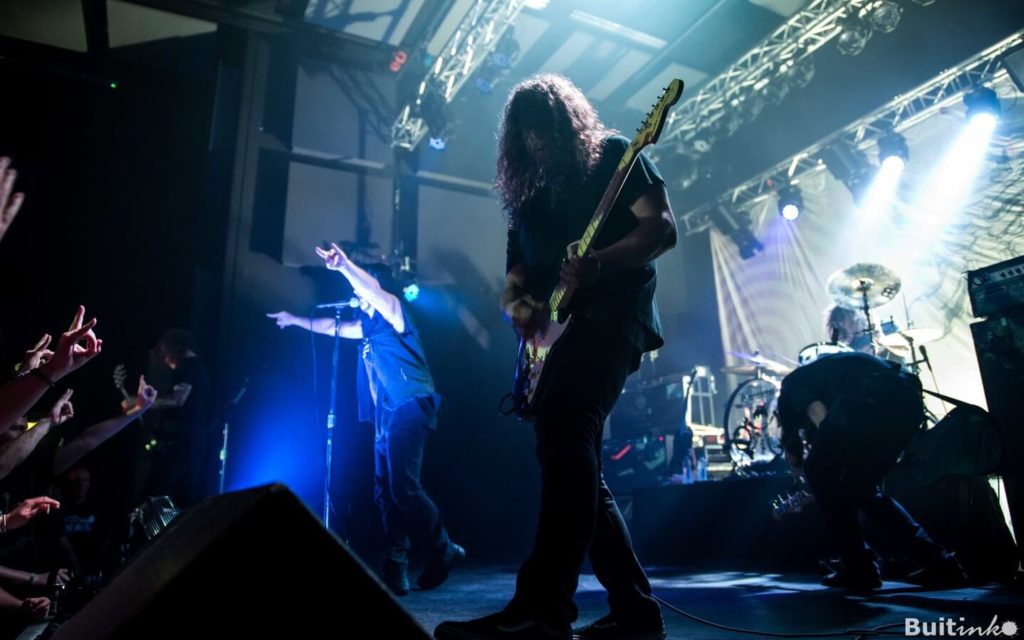 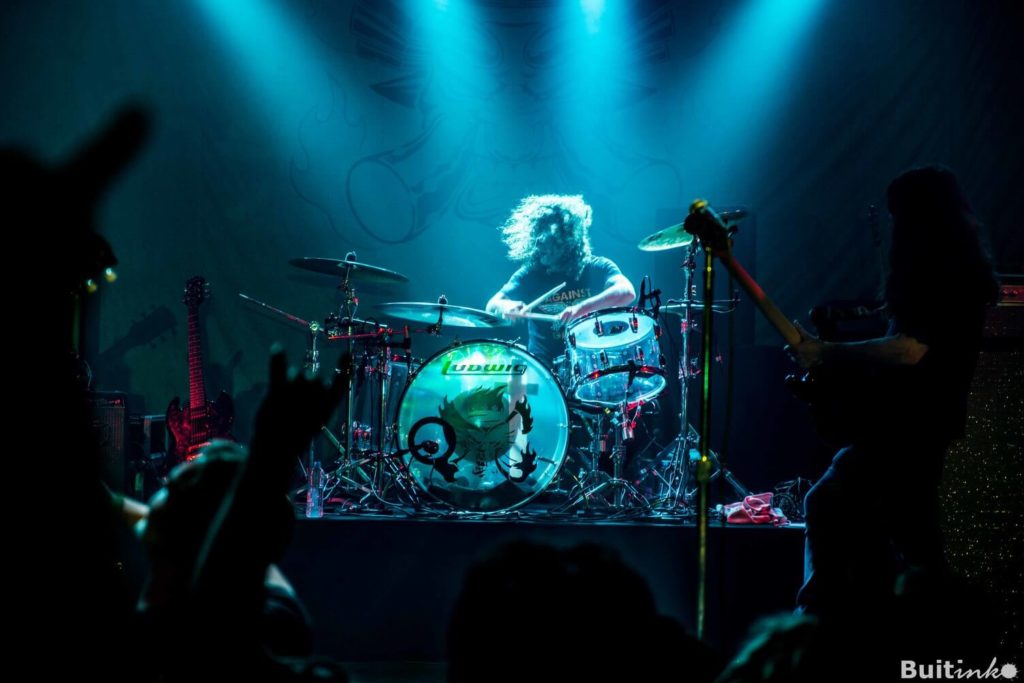