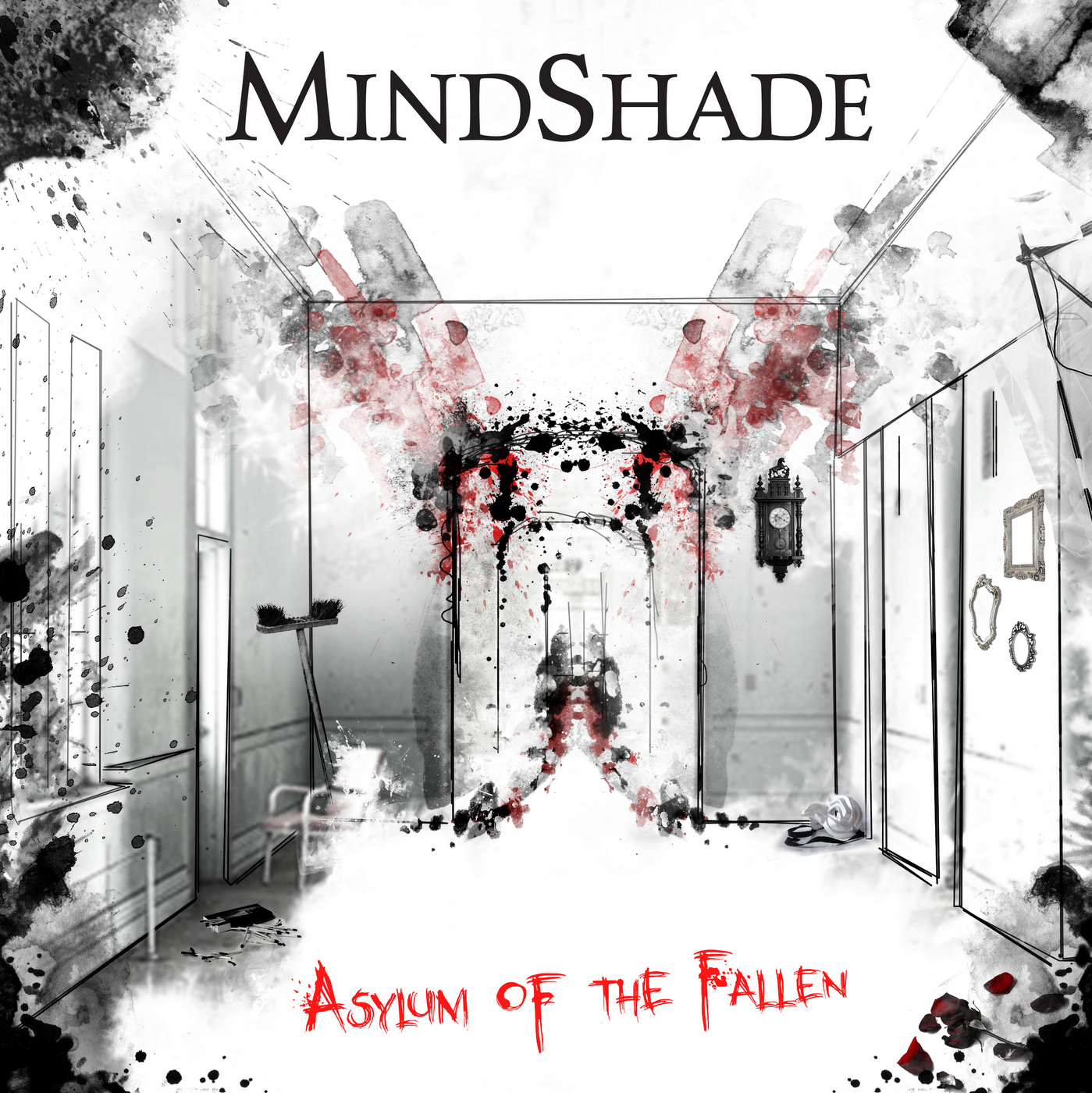 The Dutch band MindShade, founded in 2007, is making their way up in the world of the female fronted metal. The band, with vocals of Nienke Verboom, just released their debut album ‘Asylum Of The Fallen’. The songs on the album are each telling a different tale of a patient in a mental hospital. Tessa was honored to write a review about it.

The album starts with the intro Enter The Asylum. With this intro MindShade leads us into the mental hospital by letting us hear footsteps and a door. Then the album really starts with the song Equilibrum. This song shows us the true sound of MindShade: a heavy sound with influences of Nightwish and Delain. The 4th song, Don’t Walk Astray, is a ballad. Because of the guitars you can even hear the heavy sound of the band in this song. It’s a good variation on the previous songs of the album. The 6th song is Abyss Of Twilight. It’s another ballad, but a lot different than the previous one. The guitars are louder and at some parts of the song there’s a quicker tempo. Fire Demon, the 8th song of the album, is another up tempo song. Fast drums and variation in vocals and tempo makes you think you’re listening to one of the gothic bands like After Forever or Delain. The outro, Back To Society, makes us come back to our own world. The footsteps fade away and the door closes again.

Even though the band hasn’t fully found their own sound, it’s a band we’re gonna hear more about. It’s a good alternative for fans of bands like Nightwish, Delain or After Forever. The album is definitely worth listening to: lots of guitars, lots of drums and the beautiful voice of Nienke. Every time you’re listening to it, you discover another side of a story of the mental hospital. So keep on listening!