November 3, 2018 – Melkweg, Amsterdam – The one and only Michael Schenker is visiting the Netherlands with his reunion project Michael Schenker Fest. The ex-guitar player of Scorpions and UFO asked a bunch of ex-members from his MSG period to record an album (Resurrection, 2018) and to go on tour. The vocalists Gary Barden, Graham Bonnet, Robin McAuley, Dougie White and Chris Glen (guitar), Ted McKenna (drums), Steve Mann (keys) are the lucky ones to serve all the new and especially great hits Schenker (co-)wrote to the audience. Support act this evening is the British heavy metal band Absolva. Pictures by Rob Sneltjes.

Absolva (UK)
Unfortunately I was too late at the Melkweg to write a review about these English heavy metal band. I know they are around since 2012, released four full length albums and all of them are (ex-)members of Blaze Bayley and/or Iced Earth. A decent metal band, as I heard from other visitors tonight. They brought a solid and powerful metal performance with lots of energy. A perfect way to warm up the audience for tonight’s headliner: Michael Schenker! 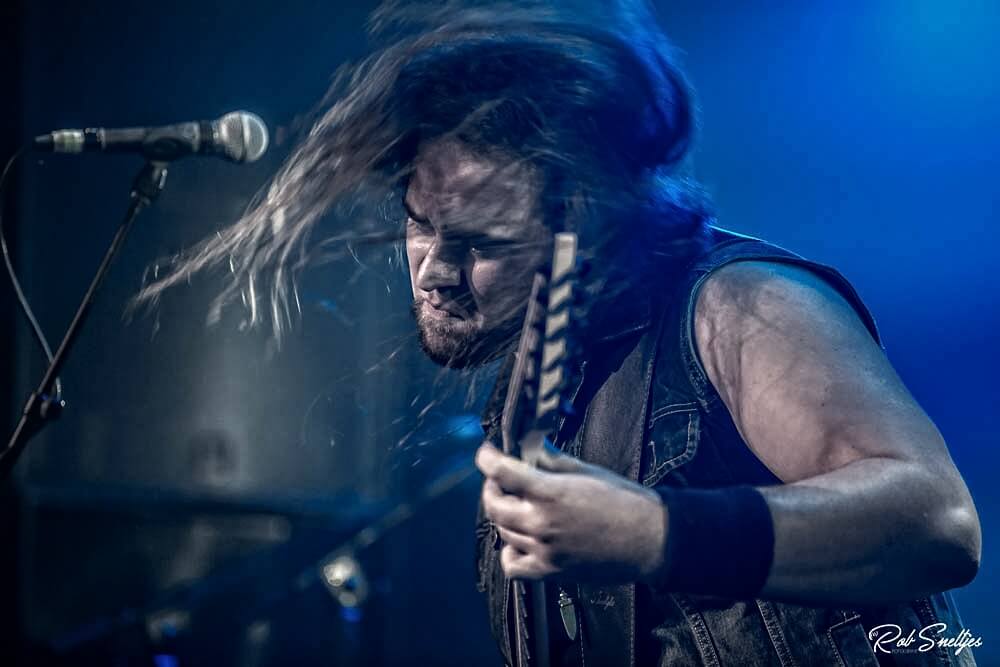 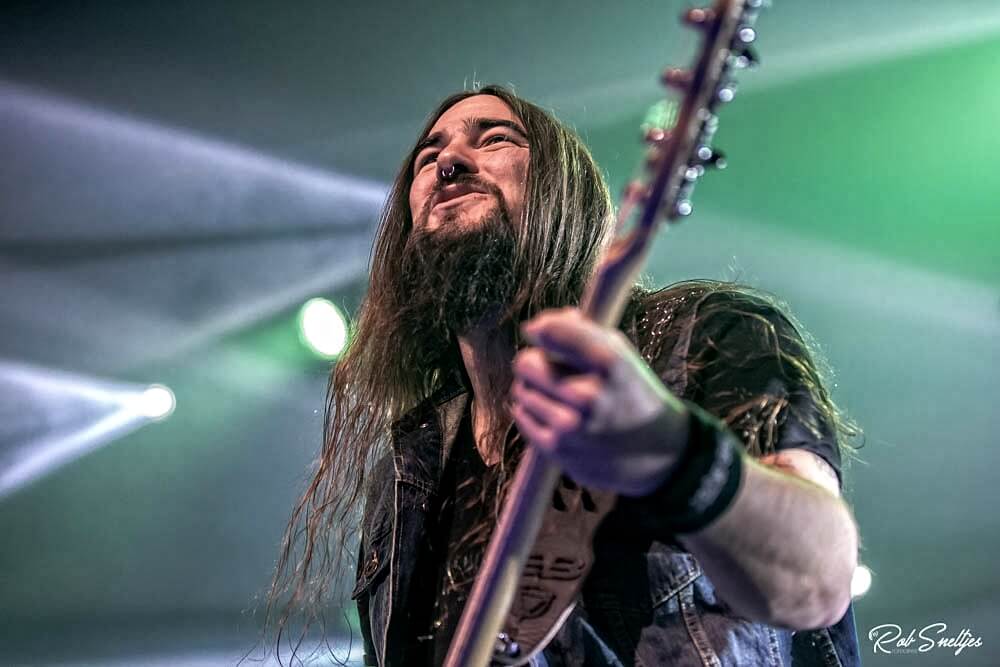 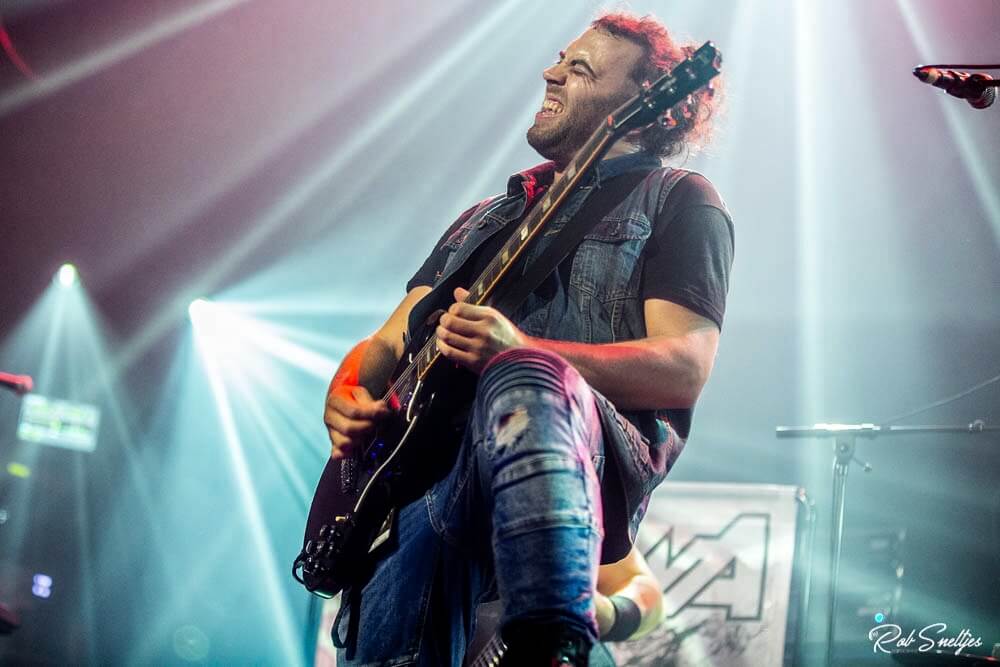 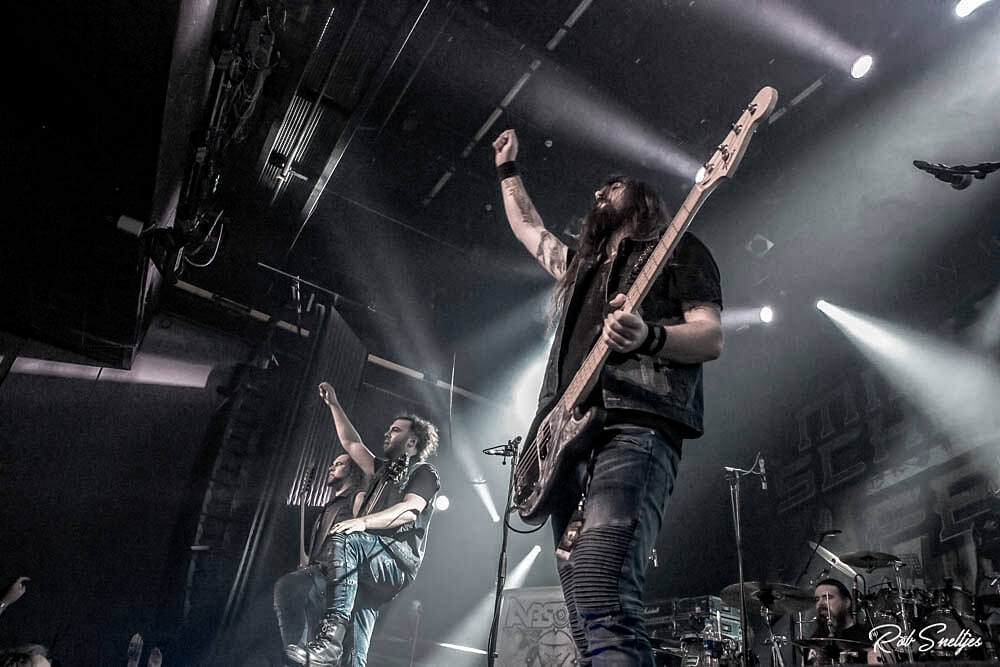 At 8:45 PM Schenker enters the stage with his mighty black/white Flying V around his neck and his black beanie with sunglasses on his head. He introduces himself about his important role in Scorpions, which feels a little bit awkward to me. After his short speech he (together with the backbone drums, bass and guitar/keyboard of the evening) starts to sing and play the intro of the Scorpions song “Holiday”. After a short version of the song, he starts another speech about his period with UFO and the live album “Strangers In The Night”, which he considers as the best live album ever recorded. Well, I must agree with that! The speech is followed up by the classic UFO song “Doctor, Doctor” performed with the vocalists Barden, Bonnet and McAuley. 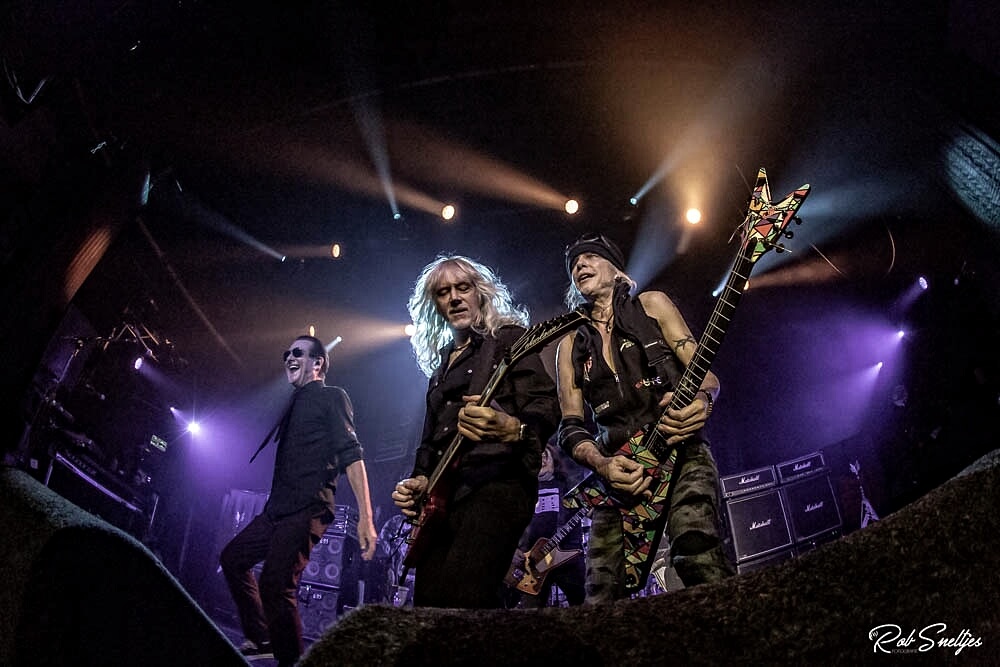 Schenker is in a very good mood, talking and laughing a lot. Never seen him in this enthusiastic conditions and filled with happiness before! The first set of songs is Dougie White doing the vocals in very decent way. Clear and in tune as hell! The 71 years old Graham Bonnet is taking care of the second set of songs. He is singing and screaming his words, like it could be his last time tonight. It results in a lot of out of tune parts. Not very pleasant to listen to. Maybe it’s his age…? 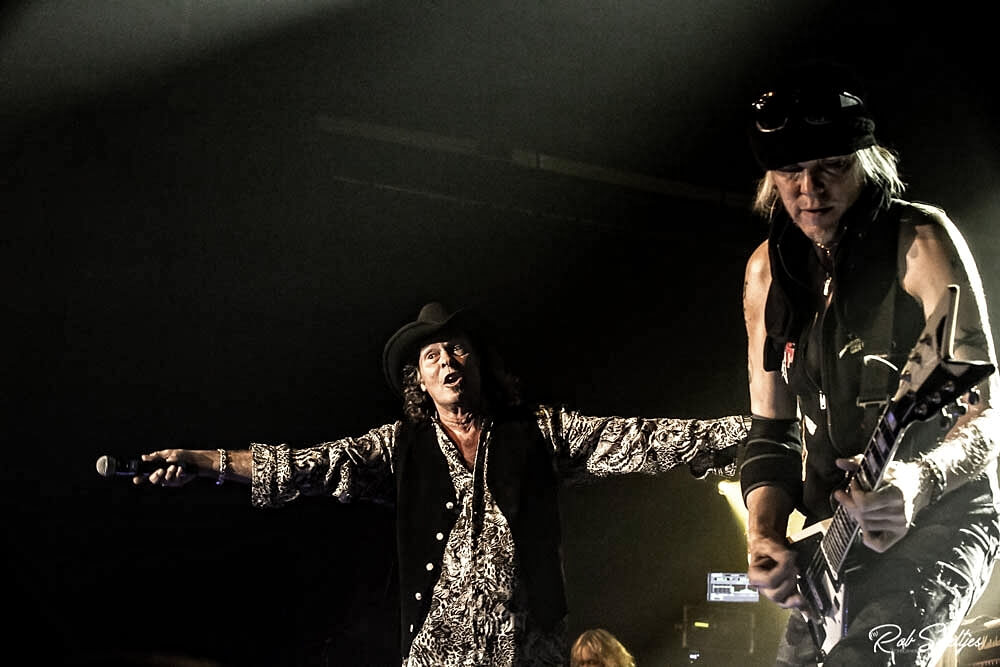 Schenker is playing amazingly good and smooth tonight, without making any mistake. Especially during the instrumental songs “Captain Nemo” and “Into The Arena”, Schenker shows his fast finger. The easiness he is playing with, is just amazing. The third set is performed by Gary Barden and the fourth set of mostly UFO songs by Robin McAuley. Where McAuleyBarden is sounding a kind of flat, McAuley is doing a great job by reaching all the high notes easily. It reminds me a lot to Ronnie James Dio. What a voice! The next tour Schenker should only take White and McAuley with him if you ask me. Another highlight of the evening is the long solo during “Rock Bottom”. He plays it just as precise like he plays it on the “Strangers In The Night” live album. Just amazing! 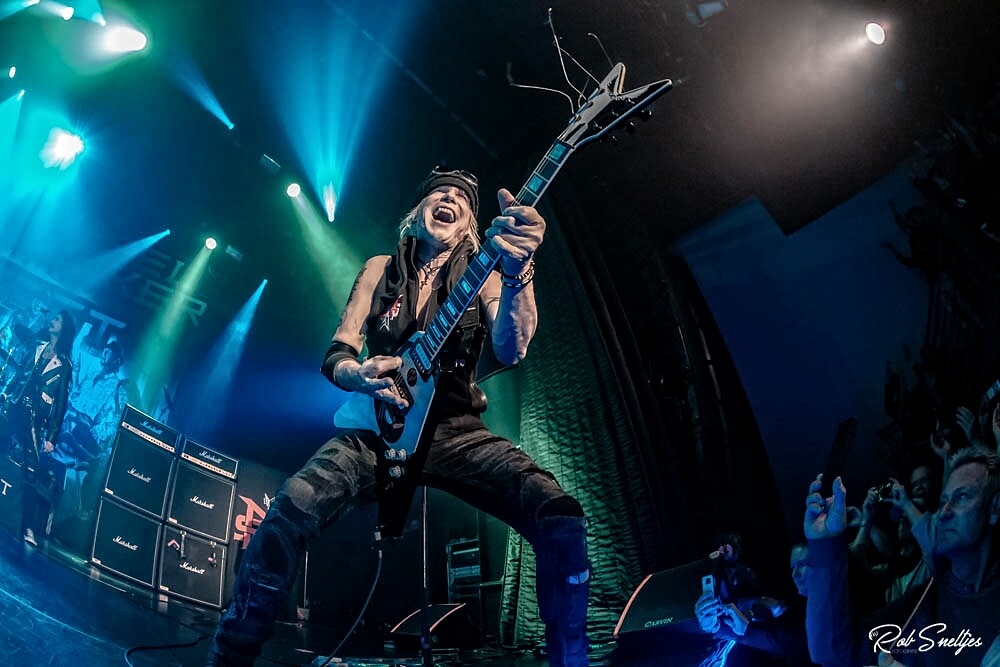 After a very short break the show continues and ends in style with the great UFO song “Lights Out”. After two and a half hour the show is over and all of a sudden I realize how many great rock/metal songs Schenker wrote in his almost 40 year career. What a legendary guitar player, what a great night! 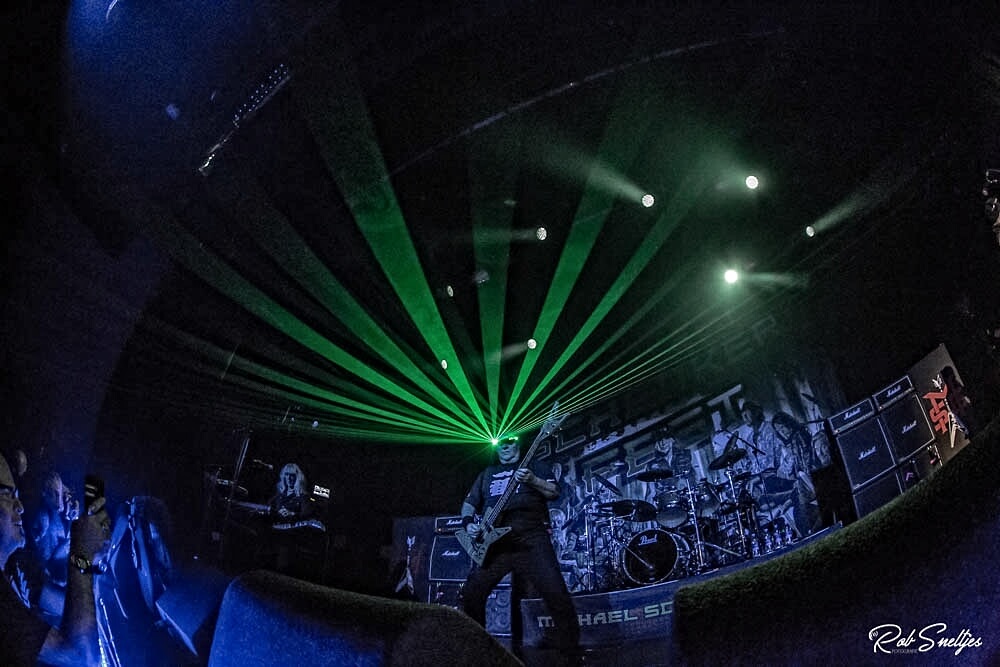 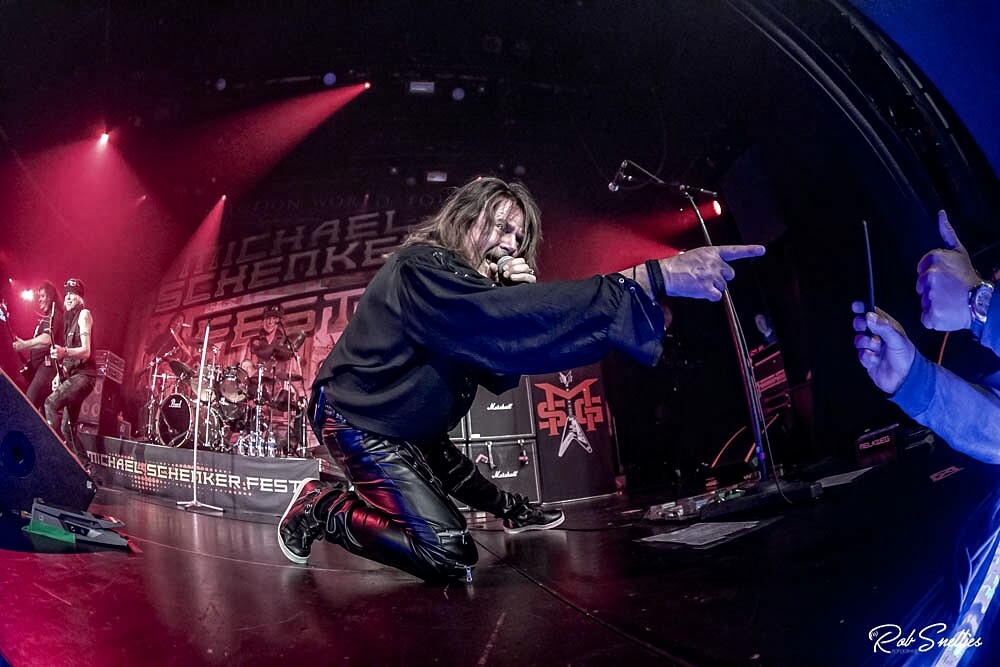 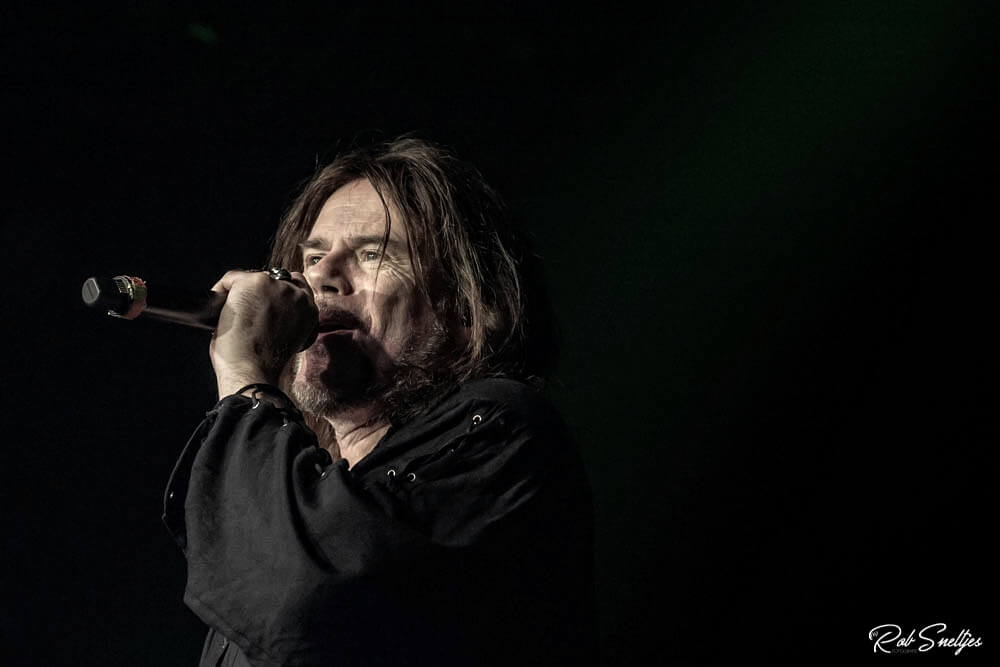 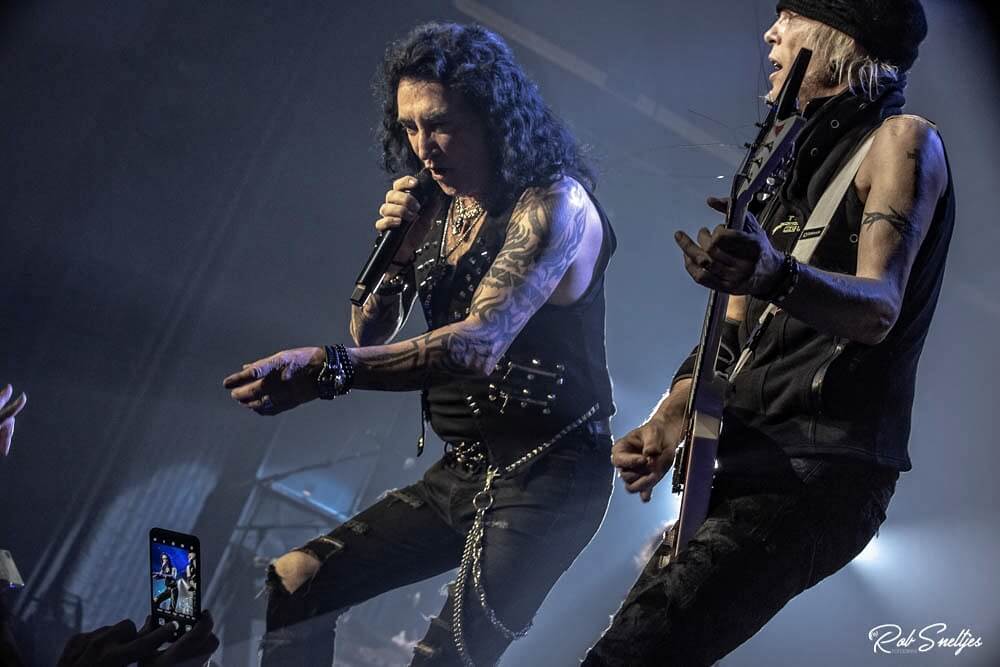 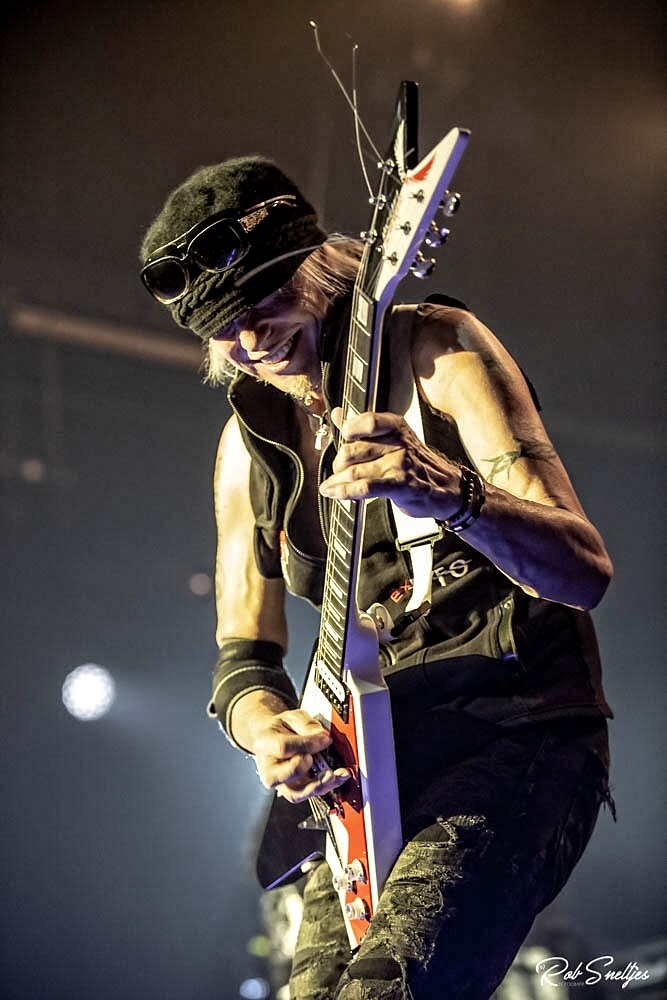 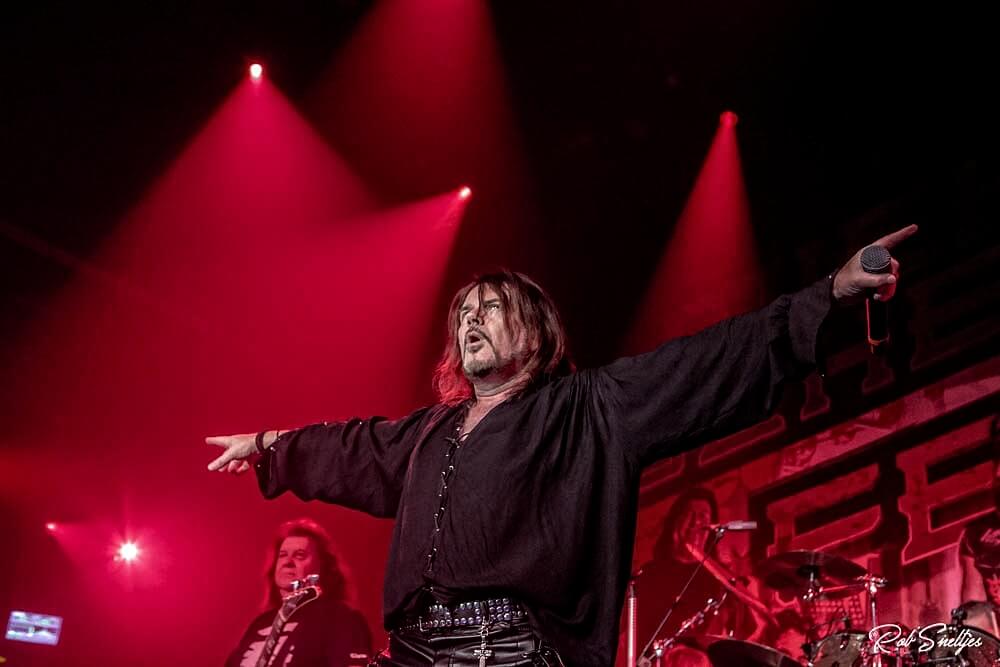 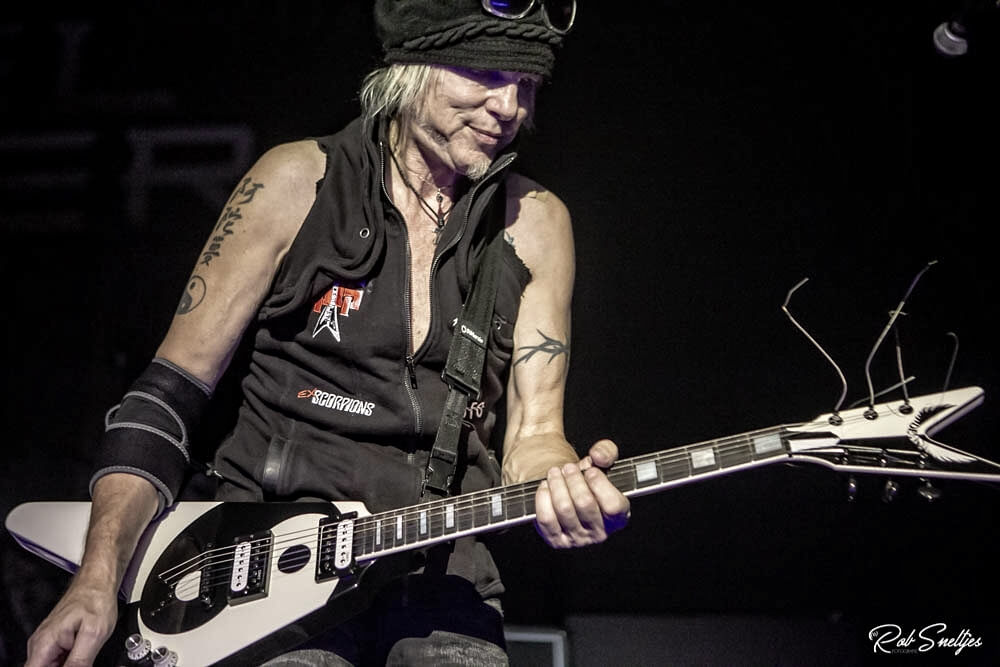 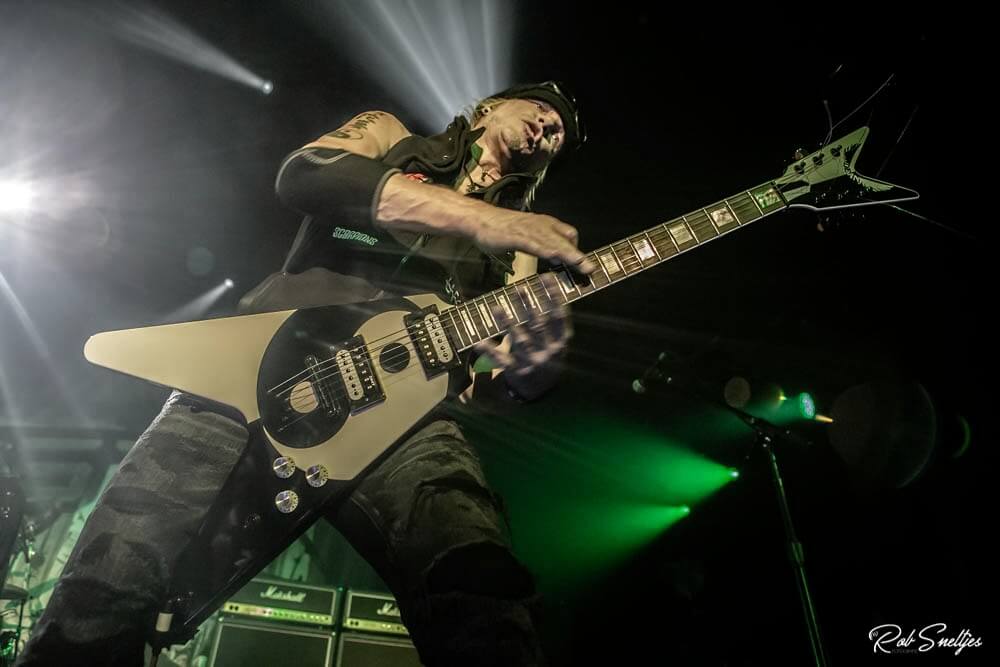 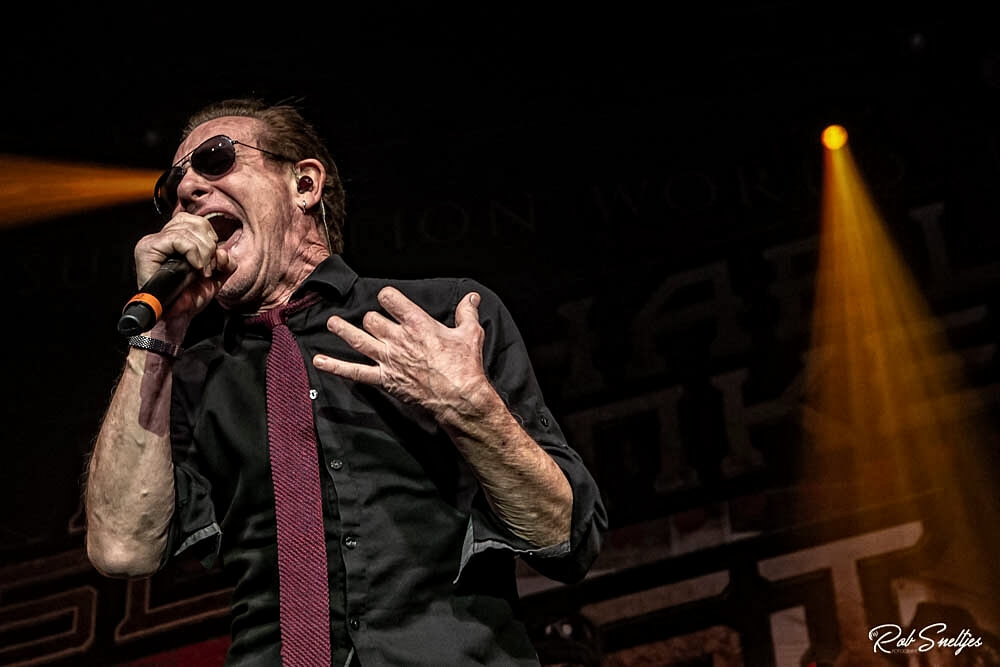 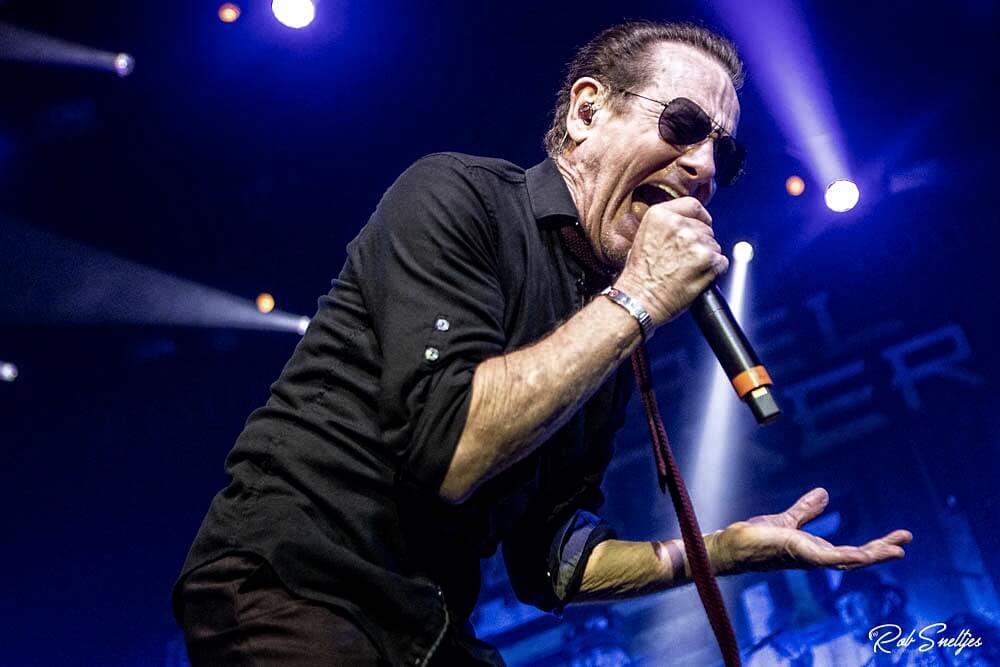 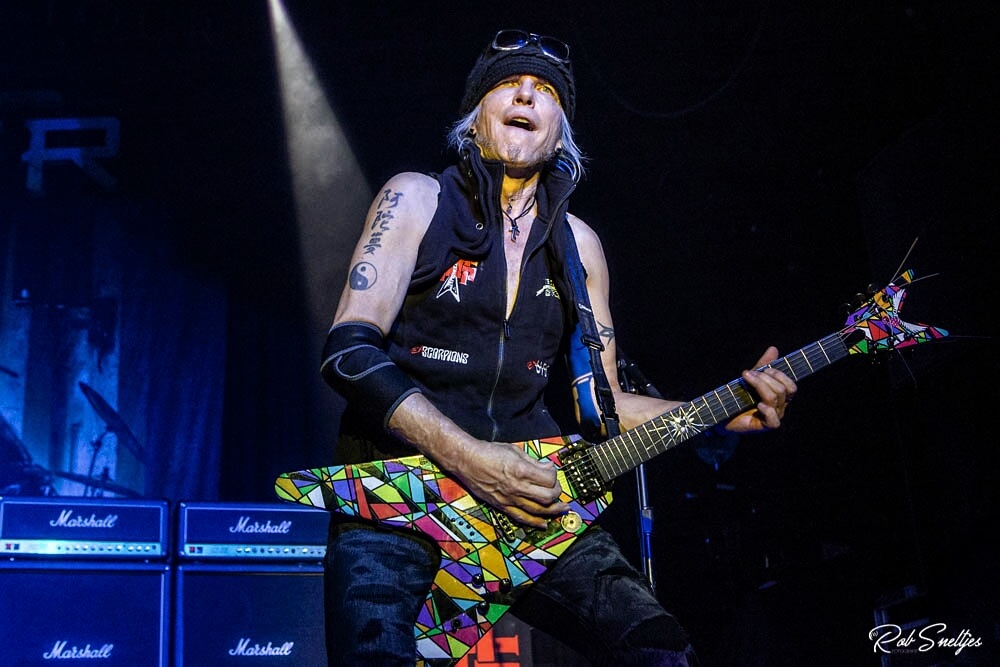 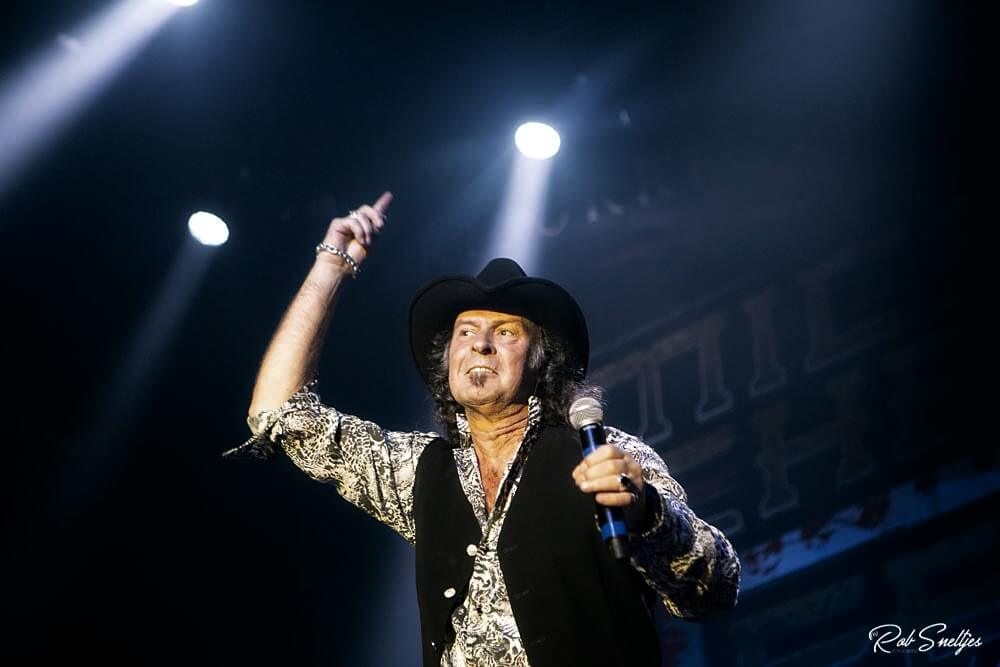 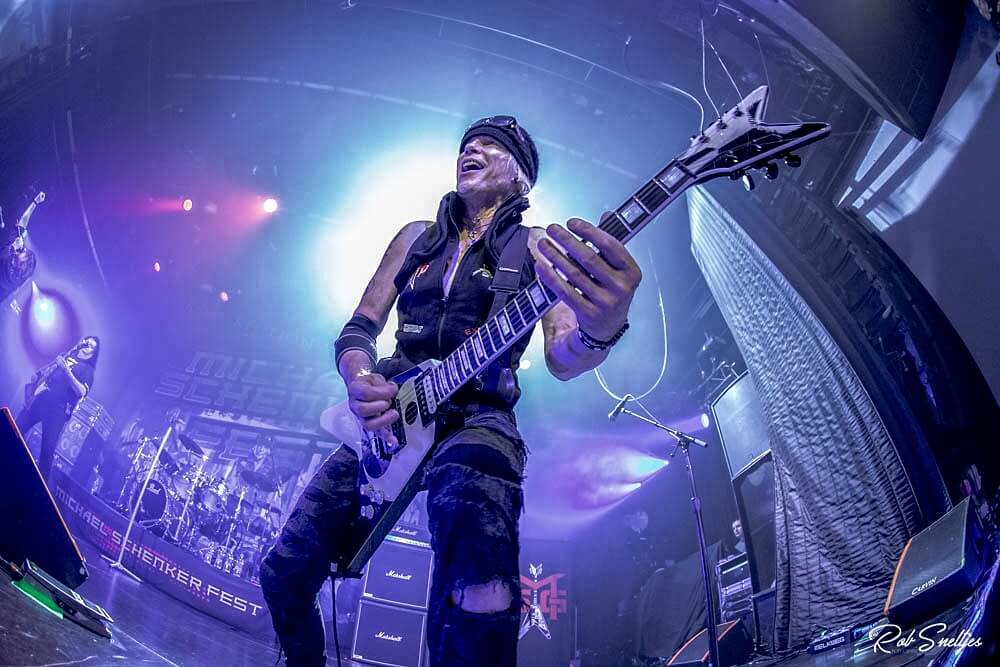