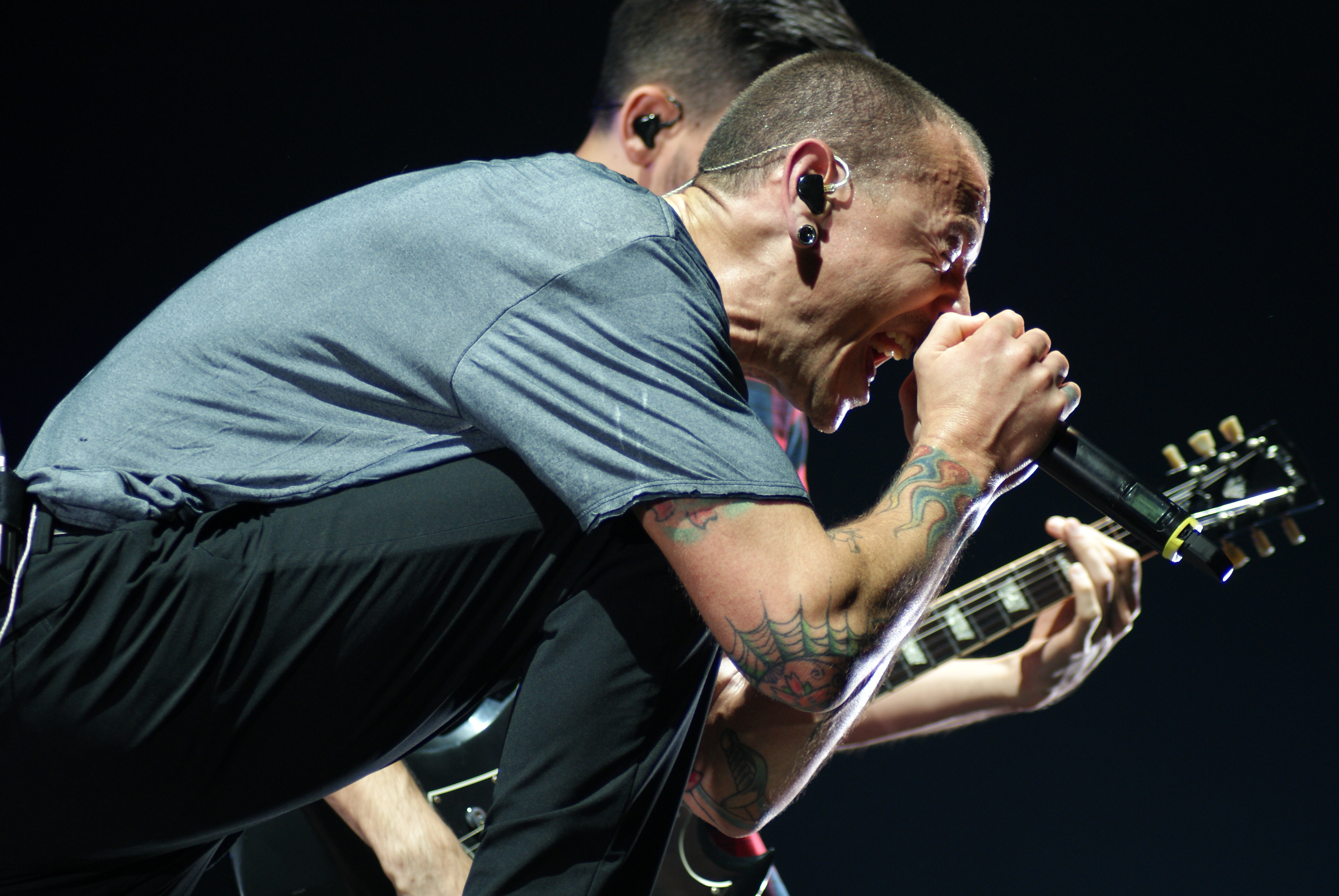 November 7, 2014 | Ziggo Dome, Amsterdam – Tonight we have the honor to be present at the show of the American metal band Linkin Park at the Ziggo Dome, Amsterdam. The sold out show is part of their ‘The Hunting Party Tour 2014’. The metalcore band Of Mice & Men is support act this tour and evening.

Of Mice & Men (USA)
This metalcore band was founded in California by Austin Carlile and Jaxin Hall during mid-2009, after Carlile’s departure from Attack Attack! They play a one hour set and it’s well received by the audience. The music can be compared by a mix between ‘Bring Me The Horizon’ and the first years of Linkin Park. A nice show from these guys to warm up the audience. No pics unfortunately…

Linkin Park (USA)
The latest release ‘The Hunting Party’ from Linkin Park is an aggressive, no holds barred, in your face musical journey that reaches back to their first release Hybrid Theory. Stripped back to the basics, the band shines. This is the Linkin Park that first hit the scene in 2000. It’s raw and real, and loaded with pointed lyrics that decry the current state of the world.

The audience that came to the Ziggo Dome is mainly between 16 and 50 years old and that gives a good vibe. The show starts off with a spectacular opening with a great light show and large screens, which are being lifted up at the moment they start to play. The first songs are some heavy new and old ones, which gives the show a good kick-start. Vocalist Chester Bennington is having a good day with his voice and is the one that is running around on stage. The other guys are just walking around, like they are practicing for their next gig… A negative point when you play for a sold out Ziggo Dome. Then it’s time for some soft and electronic, transformer look a like songs, with again great, spectacular elements made with video, lasers and lights. This easy part of the show ends with their greatest hit ‘In The End’ and all the people are going wild! The encore of the show is the part where the audience was waiting for. Sing a long songs which make the crowd go crazy! After almost two ours, the band is playing their last song ‘Bleed It Out’. A good one for all the folks to leave the Ziggo Dome with a good feeling. They just saw a great show, from a vew lazy (except Chester), but very good musicians. Encore:
Lost in the Echo
New Divide
Until It’s Gone
What I’ve Done
Bleed It Out