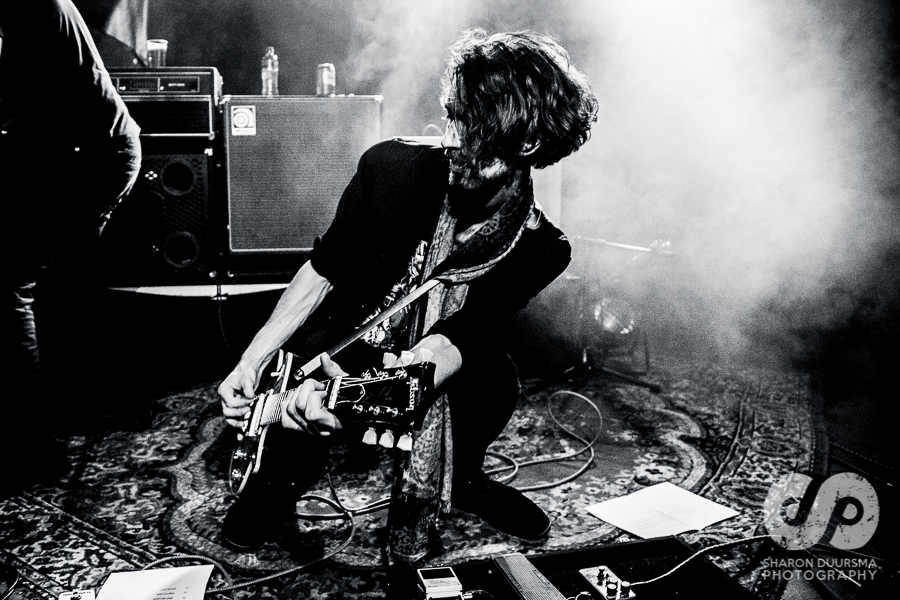 Burgerweeshuis, Deventer, December 19th 2014 – All good things come to an end. The glam/hard-rock band Lick has been around for 7 years. December 19th they played their last show in Burgerweeshuis Deventer, the place it all started for the band in 2007. Johan was there to write a review. Sharon took some nice pictures!

The story of Lick
After all those years they have decided to quit, leaving us behind with two EP’s and one album. The band got their influences from Guns ‘n Roses and Aerosmith. Over all those years the band has played at venue’s like Hedon Zwolle, Atak Enschede, Luxor Live Arnhem and Effenaar Eindhoven and festivals like de Beschaving in Utrecht and Bevrijdingsfestival in Zwolle. Lick has supported bands like Y&T, UFO, The Answer and Vanderbuyst.

A beautiful goodbye
When Lick started to play the venue was filled with friends, family and other people who liked Lick. The band took us through their most memorable work. From their second single in 2010 Bad as Luck until to their most recent work of the Bleached EP came by. The band is playing tight, half way the show the crowd is getting the hang of it.

The band knows how to entertain a crowd, songs like Rock City, Turn off The Lights, White Lion and Mount Rock can really get you going. The show was half way and the band puts on Mr. Red a softer, acoustic song. The crowd start to sing-a-long for a bit. The band played excellent. They rock their way to the end of the set, when they ended the show Lick thanked their fans for the wonderfull years they had over the time. It was a worthy last show, too bad this was the bands last show. At least we still got the songs to remember them by.