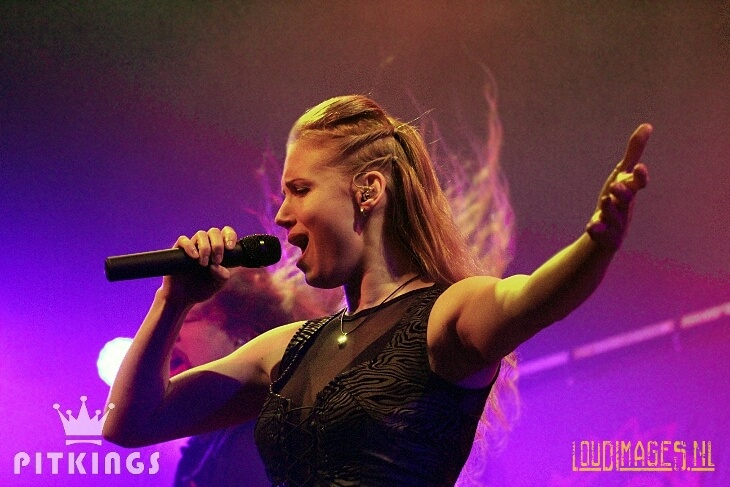 April 29, 2018 | Doornroosje, Nijmegen – A bit tired after a tough Friday and Saturday at a great Pitfest, the Sunday was a totally different story with three symphonic metal bands in the venue of Doornroosje in Nijmegen: Leaves’ Eyes, MaYaN and Almanac. Today I do not expect to dodge any flying people and a lot less beer raining down on me, but this is going to be a party too! 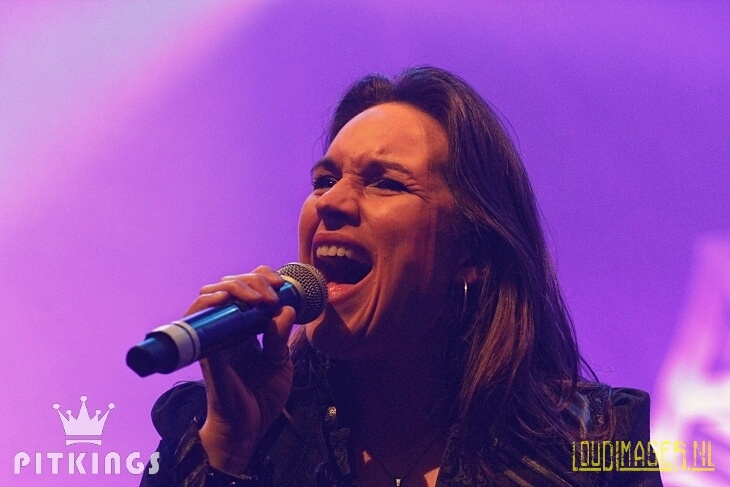 It seems like the song “Hail to the King” is the band’s favorite. The joy and energy is contagious and the crowd is responding intermediately. The beautiful two-part singing of David and Jeannette is at times very impressive and soothing for my grunt-hammered ears. The set is relatively short, especially if you take in account the messed up songs due to the sound mishaps.

Although singer David is quite enthusiastic about venue at the end of their set, I guess he is going to have a talk with the sound guys. All in all a very nice step-up to the next band. 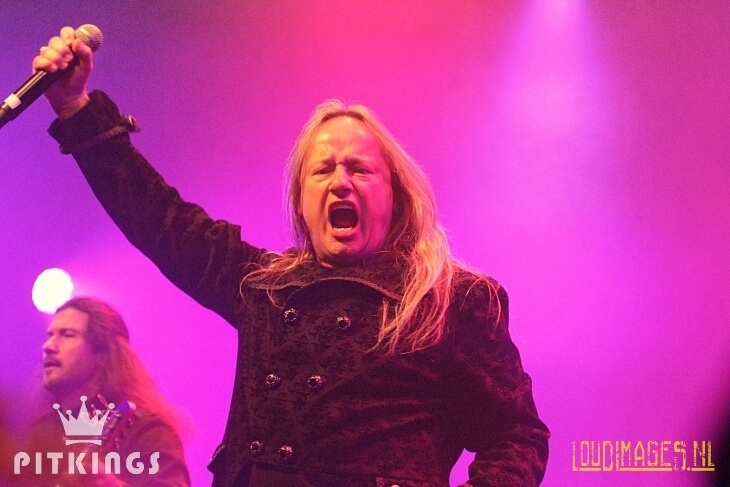 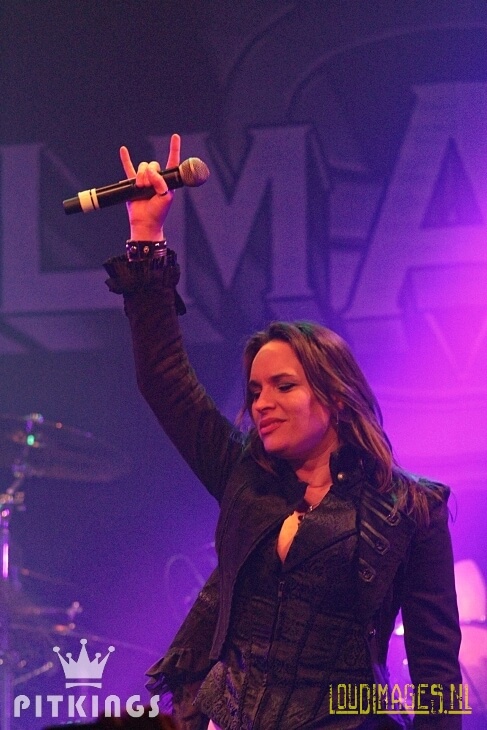 MaYaN (NL)
With Almanac the venue of Doornroosje was nicely filled up, but with MaYaN it is getting really cozy. The crowd cheers when the stage is filled to the max with the members of MaYaN. The sound is awesome now and the extreme layered sound of MaYaN is fully coming into its own. 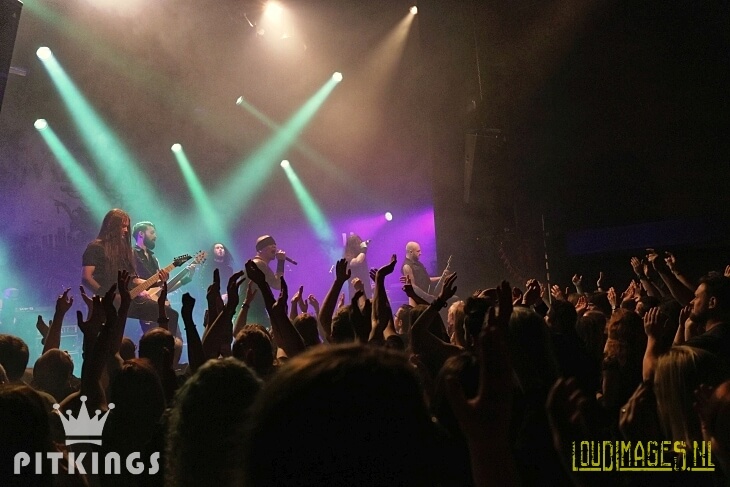 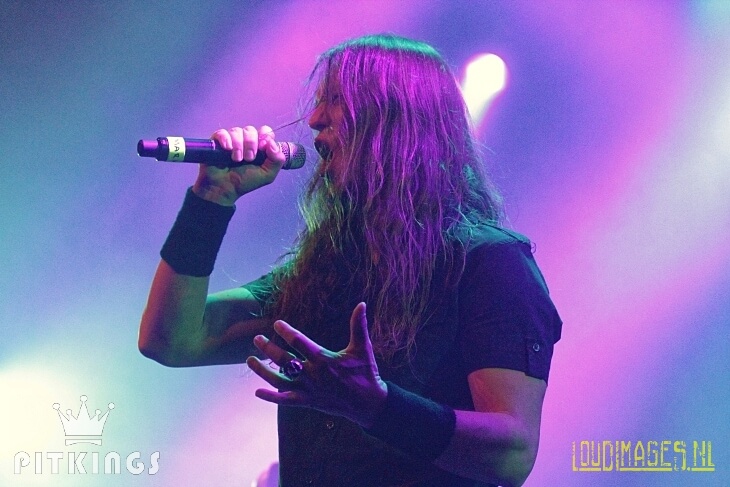 With a new album coming up, we get a small preview in between the already known songs and it is a nice one!
Personally I think the duet between Marcela and Laura is beyond stellar. What a great voices and what a magnificent musical accompaniment.
Not only does the set of MaYaN sound great, there is a lot of fun on stage as well and I wonder who is having more fun; the band on stage or the people in front of it.

MaYaN is a band you have to see live! The albums are great, but to fully submerge into this music, nothing beats a live performance. 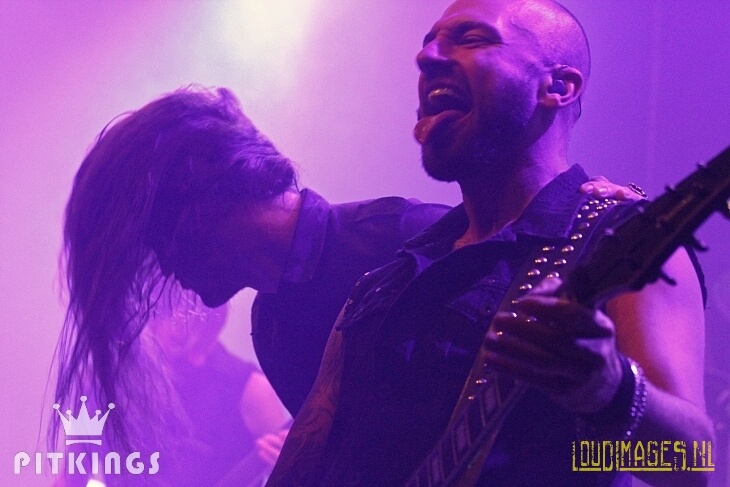 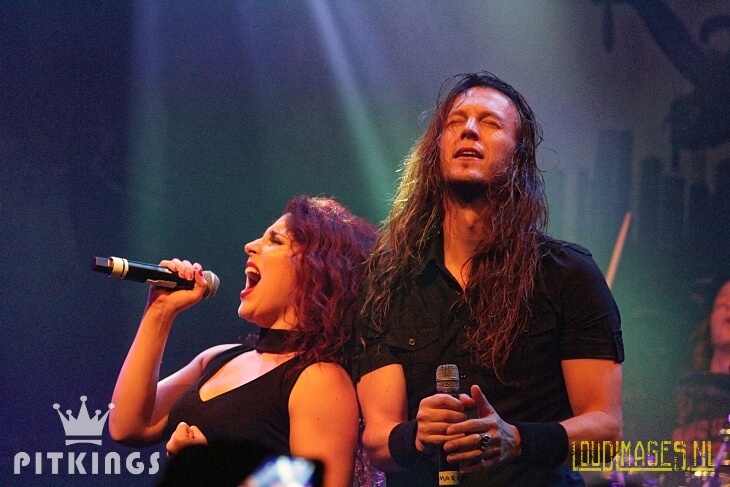 Leaves’ Eyes (NOR)
There is much anticipation in the venue as the stage is swiftly cleared and build-up for Leaves’ Eyes. I saw them quite some years ago and that was OK, so I was curious what the change in line-up did for the band. In front of the stage is getting pretty busy now and the change-over is done in a jiffy. The monitors on the edge of the stage are remarkably absent, so that leaves more space for the artists to get closer to their fans and they do. 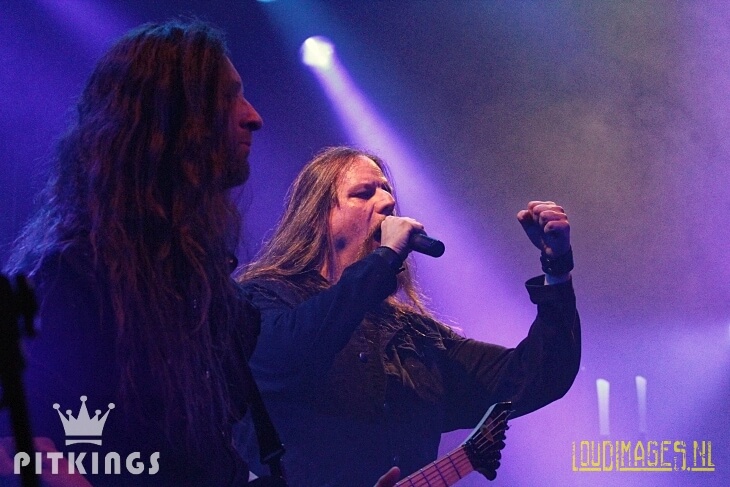 After a few songs it appears to me that the band is maybe trying to hard to enthuse. Don’t get me wrong, musically and technically there is nothing bad with the set Leaves’ Eyes is playing, but it feels to me that they operate a bit out of their comfort zone.

Maybe it was because MaYaN had a stellar performance in their home country which had Leaves’ Eyes duty-bound to surpass THAT. Sadly I had to leave at about the half of the show, so I didn’t see or hear the latter part of the show when the costumes came out, which was more relaxed from what I heard.

The only true winner of this evening was the crowd. They got to see three top class symphonic metal bands!