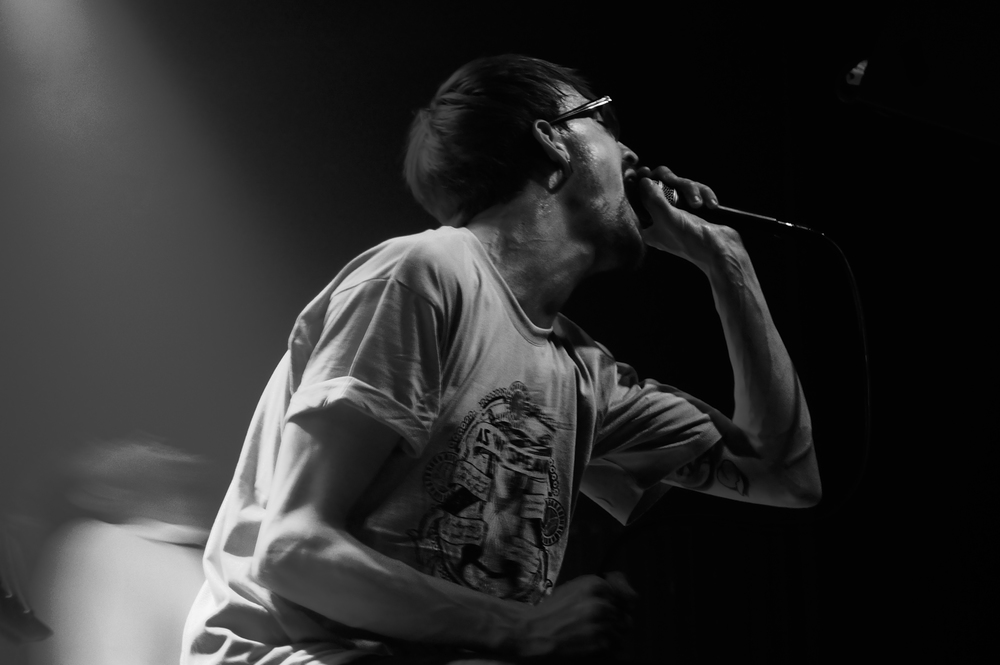 March 28, 2015 | 013, Tilburg – Large presents the Shake The Earth Tour every year. This year they present the Dutch bands The Royal, For I Am King and Ashes Of Many. On Saturday March 28 they landed in the 013 in Tilburg with their free tour. Tessa was there to write a review about the show and took some pics.

Ashes Of Many
Ashes Of Many was the first band on stage. This melodic alternative metal band is well known for their energetic shows. Even though the guys did their best to make this show that energetic it didn’t come over on the public. The volume of the microphone was way too low. You couldn’t hear the voice of Koen and that made the songs less strong. Some people were looking at each other, confused. Others were asking themselves why the volume was so low. All hoped it turned out ok for the band. After a few songs it seemed that the microphone was louder or maybe Koen was screaming louder, but now we could hear the lyrics. The guys tried really hard and after all it was a good show.

For I Am King
The second band was For I Am King. This female fronted metal band was harder than Ashes Of Many. Alma’s voice was loud enough to overcome the music and the crowd seemed to enjoy it. The band had a lot of energy. They were walking on the stage, headbanging and Semuel jumped up and down. They made the expectations come true. It was a great show with good guitar riffs and an amazing sound.

The Royal
The last band of the evening: The Royal. This was a band everybody had been waiting for. With a lot of familiar faces in the crowd they were ready to end the evening in style. From the beginning the guys were jumping on the stage and give their all. Singer Semuel Pisarahu had a sore throat, but still kept going on. He even hurt himself on stage and had to make the bleeding stop, but still the show must go on. The interaction with the public was good, the volume of the microphone could have been better. But these guys showed Tilburg how to do a great show.