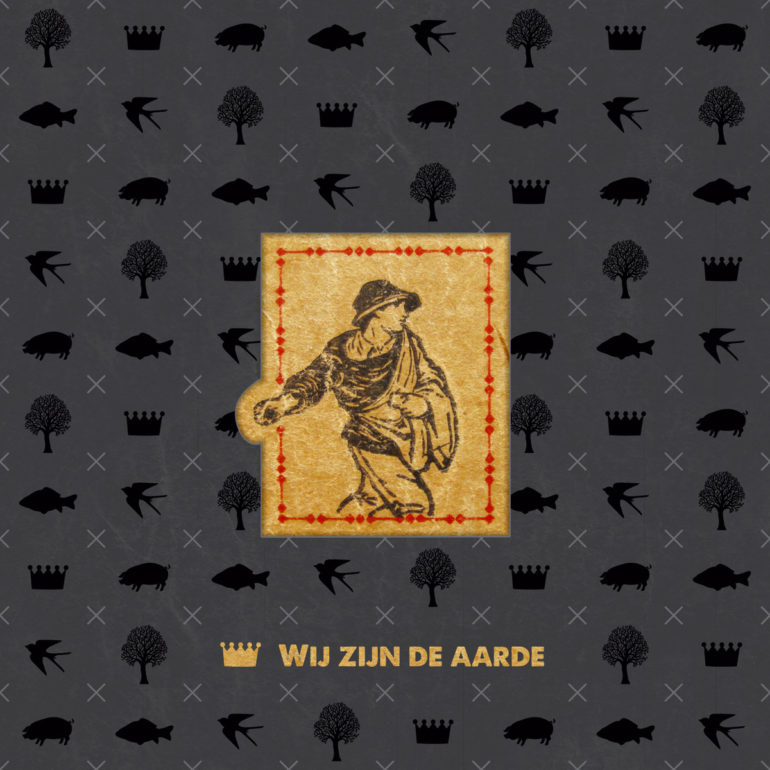 The Dutch band Kroon. combines hardcorepunk with metal and stoner. With their new album ‘Wij Zijn De Aarde’ (April 29, 2015) they hold on to their Dutch roots and let everyone meet their stubborn lyrics. Tessa listened to the album and wrote a review about it.

Reality and nothing more than reality. In my opinion this is the common thread of this album. ‘Wij Zijn De Aarde’ has a lot of songs which tells us the reality about life. For example the first song, Doe Het!: It’s all about pretending to be someone you’re not, just because you’re too lazy to change. The up-tempo in the first song shows us the stoner part of the band. In the 3th song on the album, De Mensen Na Ons, there’s a lot of hard drums. They almost outvotes the other instruments and vocals. But at the moment the first verse starts the guitars and vocals take over the song. It’s a good changeover and it makes the song definitely better.

The title track of the album, Wij Zijn De Aarde, is the 7th song on the album. An alternation in drums and loads of guitars: that’s the feature of the whole song. Contrary to the other songs they put a lot of classic riffs in this song. The song is full of speed, but they put just enough ‘calm’ parts in it to make the song easy to listen to. Een Tegennatuurlijk Systeem is the last song on the album. It starts with an up-tempo drumbeat, like most of the songs start with. At the middle of the song an amazing guitar riff takes over the song, which makes the song a lot better. It a sign of variety and shows that the band can do more than just smashing the drums and strings. A good surprise at the end of the album.

The band definitely takes a risk singing in Dutch. But that doesn’t make it worse than other bands. They stay true to their own country and sound and that’s what counts. I had to get used to the sound at first, but after listening to the album a few times I started to hear a band with potential. As long as they hold on to everything they stand for, they will definitely make it. One disadvantage: most of the starts start, in my opinion, almost the same.