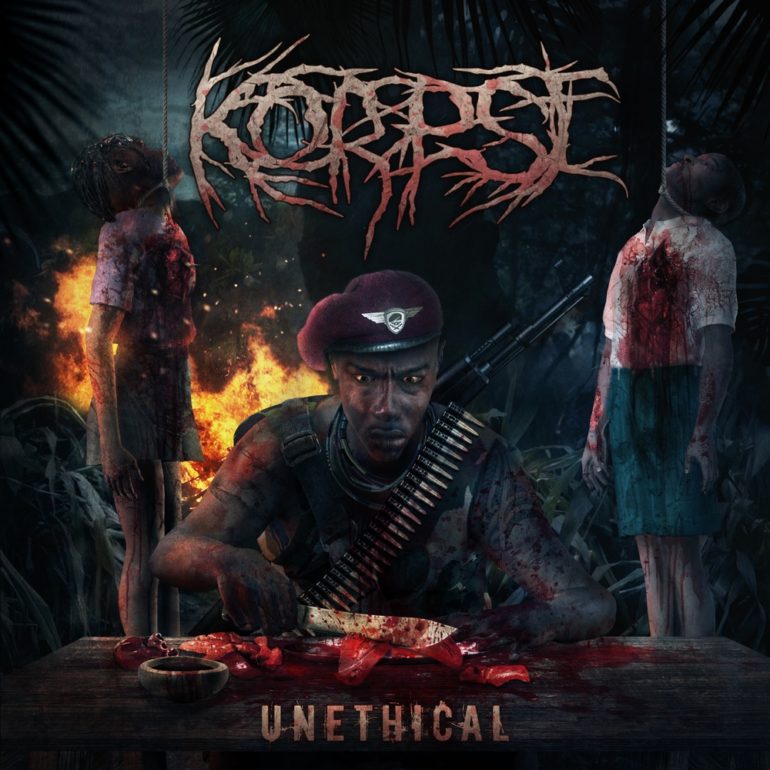 Korpse from the Netherlands brings you brutal death metal since 2013. They released their first alum ‘Korpse’ in 2014 which got a lot of positive attention. In March 2016 they released their second album ‘Unethical’ by Rising Nemesis Records. Let’s hope we can expect 11 tracks of pure butchery!

When I listen to this album, it brings back a lot memories of bands like Mortician and Kraanium. Really heavy slamming guitar riffs without any bullshit and drums that are a constantly ‘double bassing’. The vocals are really deep and guttural. The composing of the songs are heavy and filled with groove. They also used some nice intros taken from horror movies, what gives the song the right feeling and atmosphere.

This album is brutal and technical, but also very strong and makes your head move at any time! I saw this band playing live a while ago and was amazed by their energy. They’ve succeeded to catch this same energy on the album and that’s a very good thing!