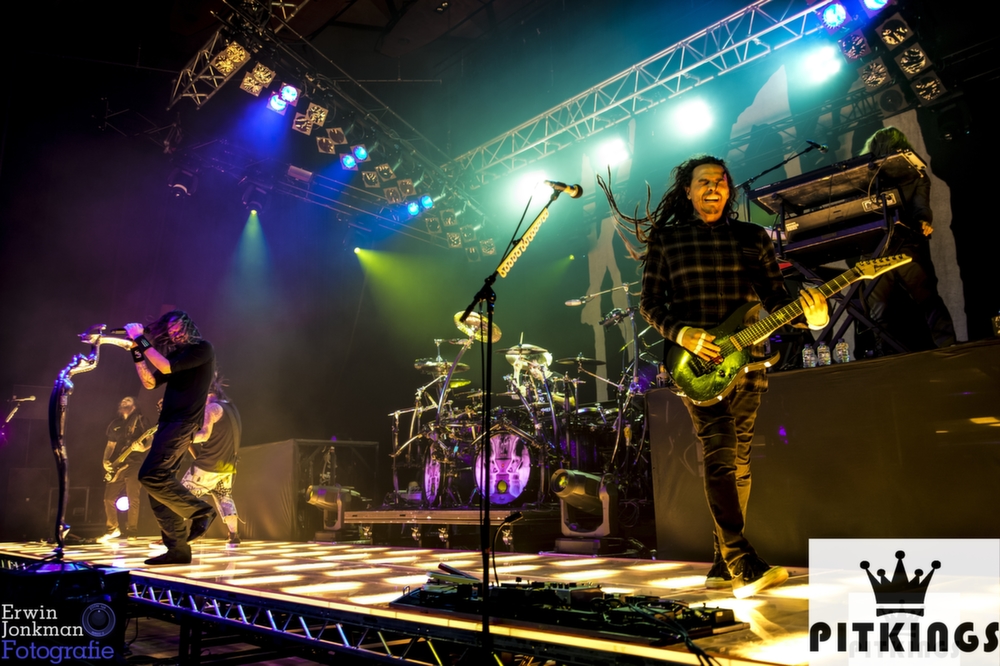 January 29, 2015 | Oosterpoort, Groningen – The American nu-metal pioneers Korn played one exclusive show in the Netherlands because of their ‘The Paradigm Shift Tour’ and PitKings was invited! The band from Bakersfield (California) is well-known for their songs ‘Freak on A Leash’, ‘Falling Away From Me’ and many more.

The Qemists (UK)
The Qemists origins lays in heavy rock, but the band mixes it up with electronic rock and drum and bass. The band is best compared with The Prodigy or Pendulum. Before Korn they have supported Enter Shikari. The band consists of bassist Dan Arnold, drummer Leon Harris and guitarist Liam Black assisted by vocals from Matt Rose and Bruno Balanta. Live you can easily hear the heavy rock influences which really gives you that ‘Prodigy/Pendulum-feeling’. It’s loud and heavy, with a lot of electronics. A fun show but it does not entirely fits in as a support-act for Korn.

Korn (USA)
When the lights go down it becomes pitch black in the Oosterpoort. The band jams away on ‘Twist’ a skit from their ‘Life is Peachy’ album as the stage lights up. When the second song ‘Here to Stay’ kicks in, the crowd immediately starts bouncing up and down. ‘Falling Away From Me’ creates a small earthquake, the crowd is starting to look enthousiastic. When songs like ‘Spike in my Veins’ and ‘Hater’ from their latest album ‘Paradigm Shift’ are being played the crowd seems to lose their interest. After playibg a few of their newer songs Jonathan Davis comes on stage with a bagpipe and everybody knows it’s time for ‘Shoots & Ladders’. 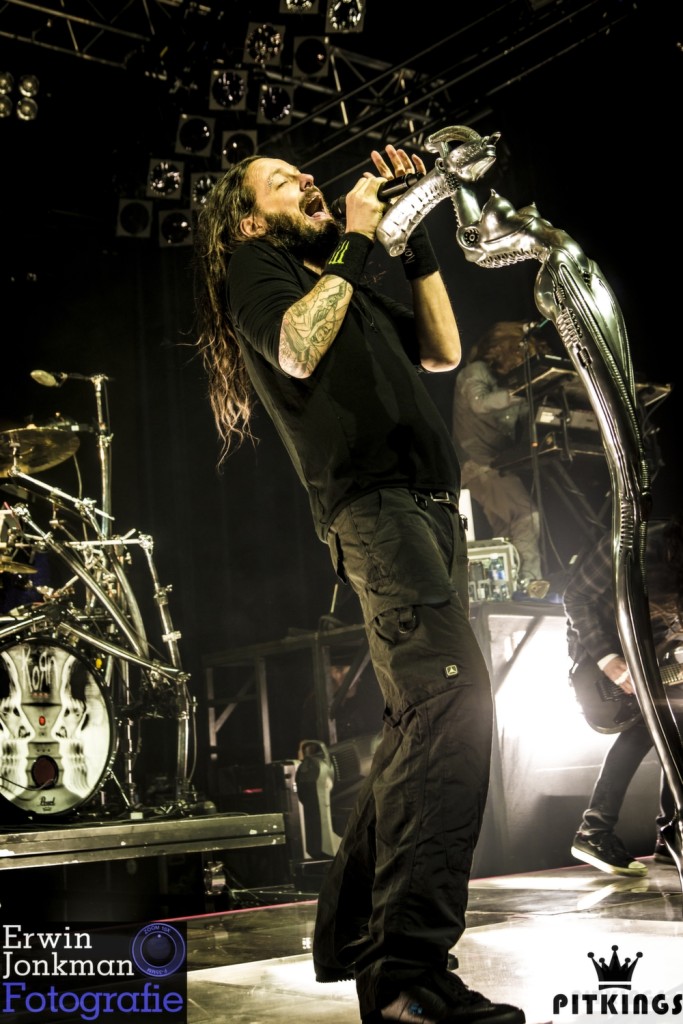 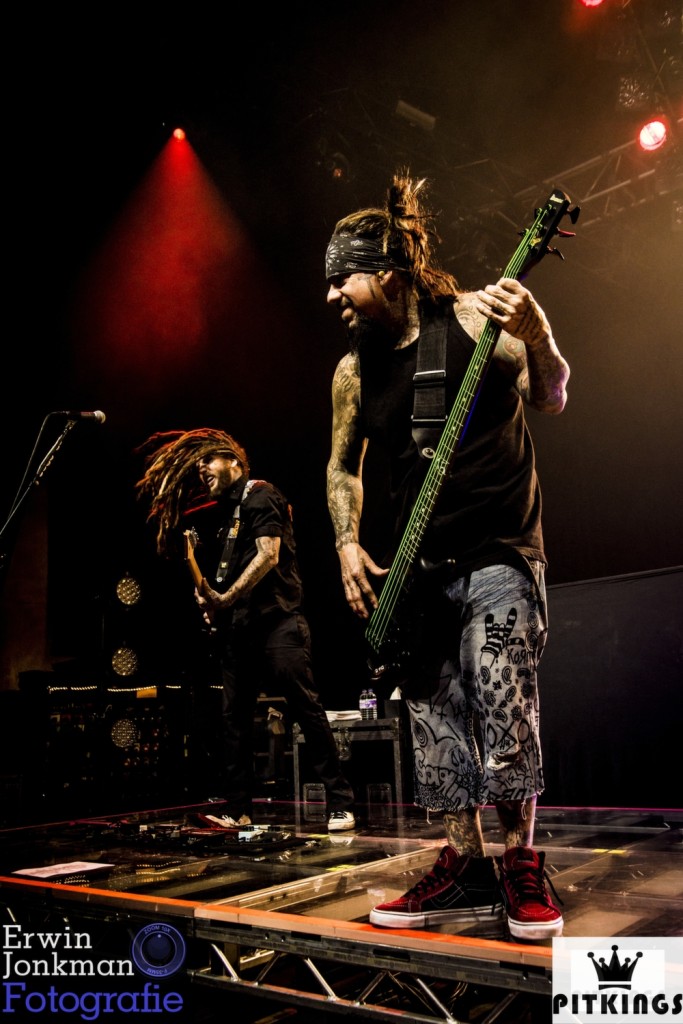 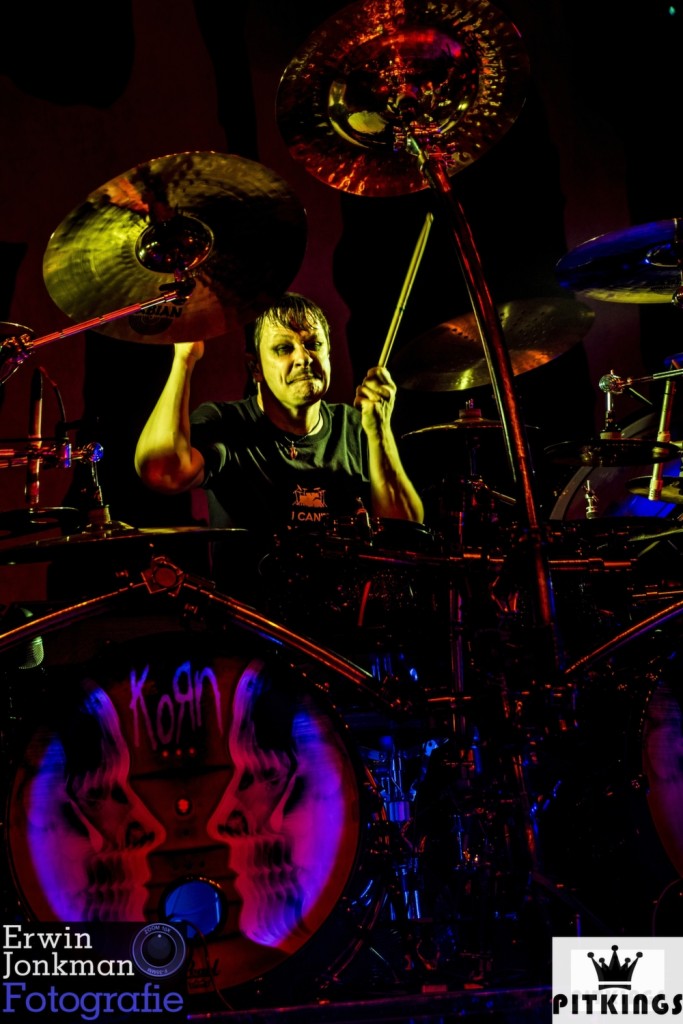 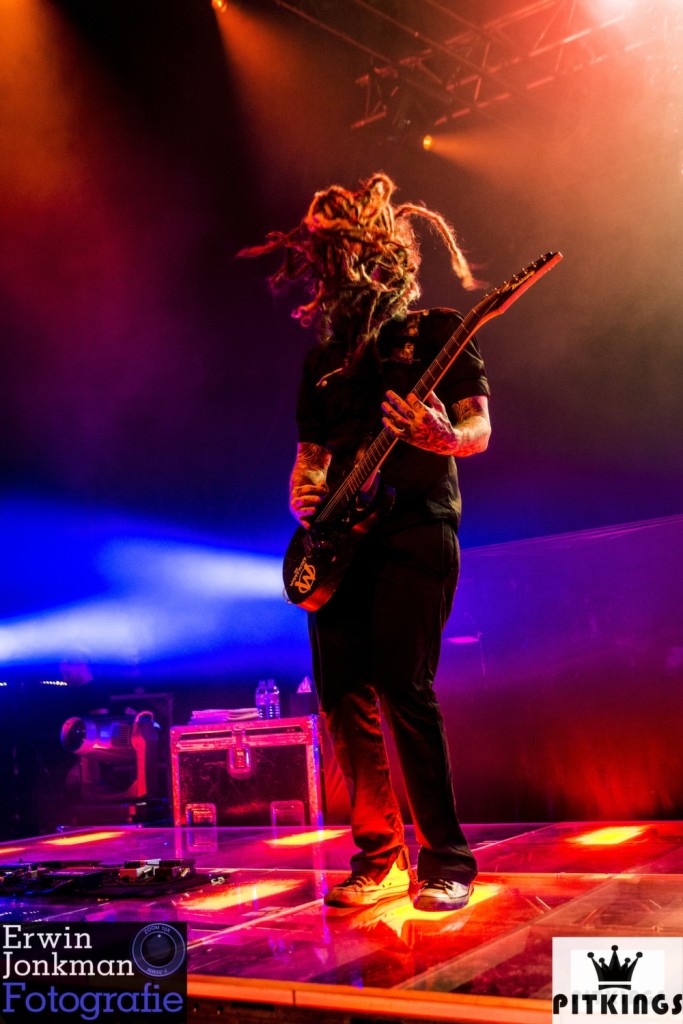 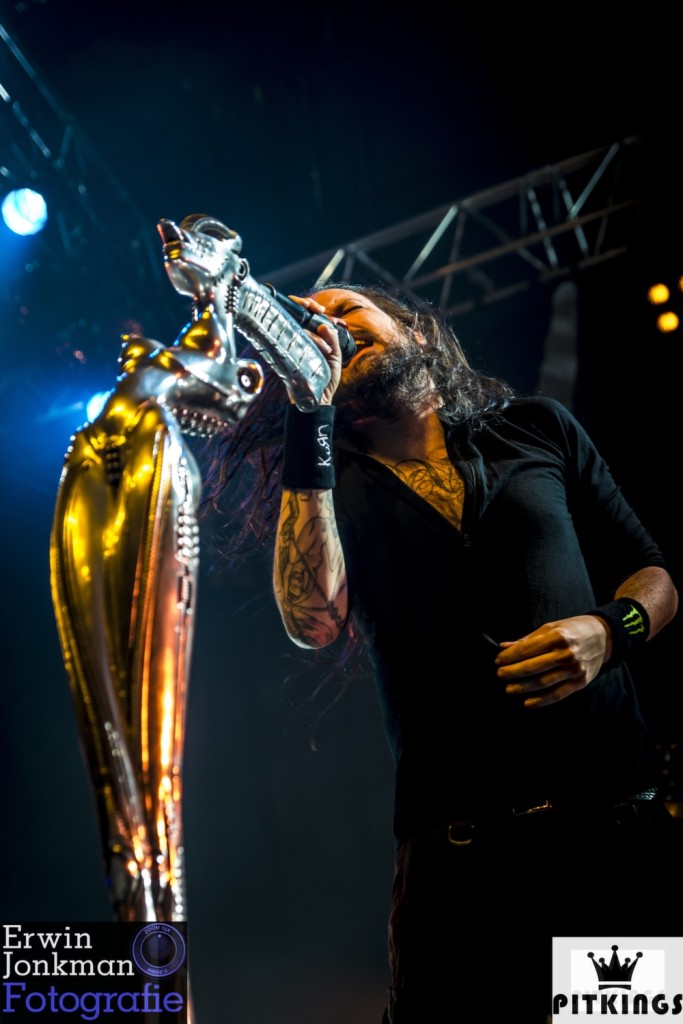 Korn has picked up the pace again and songs like ‘Got the Life’, ‘Did My Time’ and ‘Freak On a Leash’ are making everybody move. As the icing on the cake the band played their version of Pink Floyd’s ‘Another Brick in The Wall’. With ‘Blind’, Korn trembles the ground inside the Oosterpoort once more. Korn played an old-school set where they know to convince with their classics, but fail to do the same on the newer songs. A great show for the old-school Korn fan, because you get to hear all their greatest songs performed like they were meant to be played. Great show! 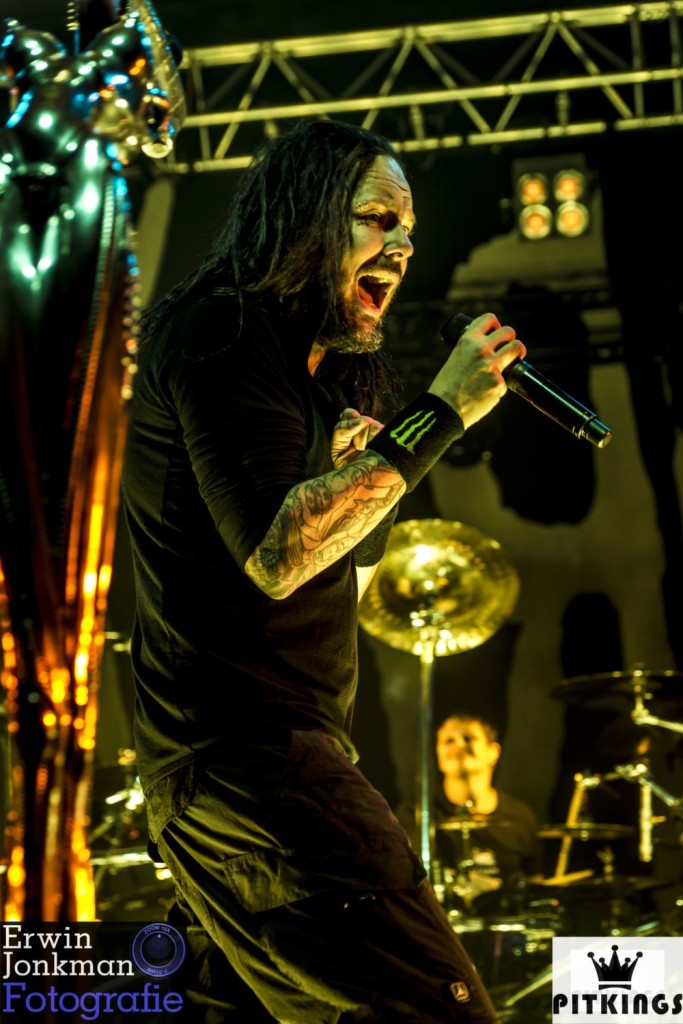 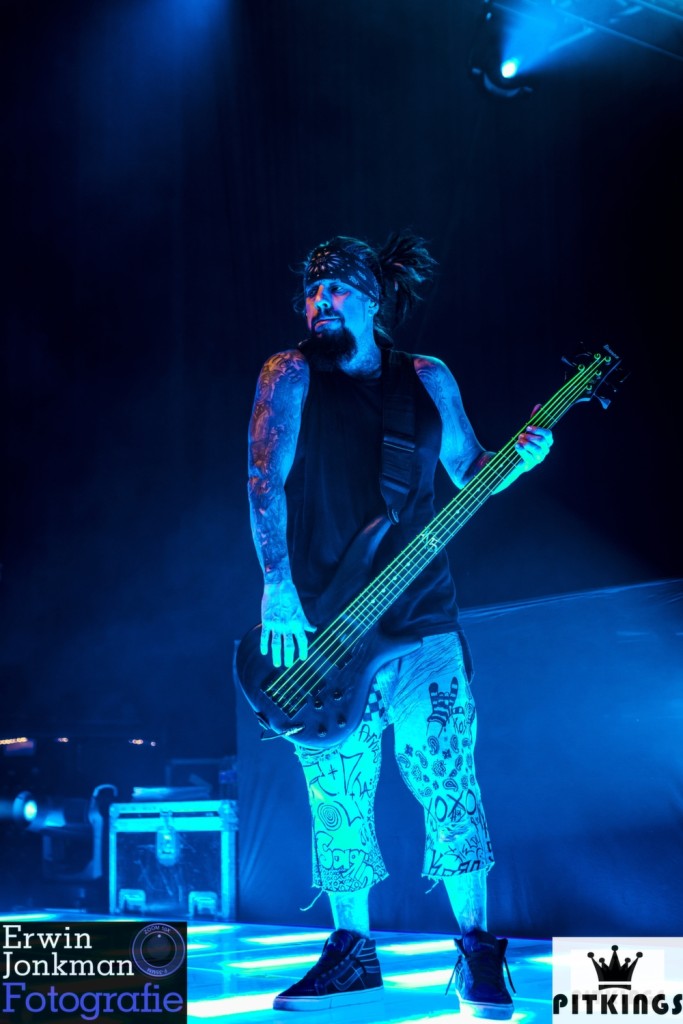 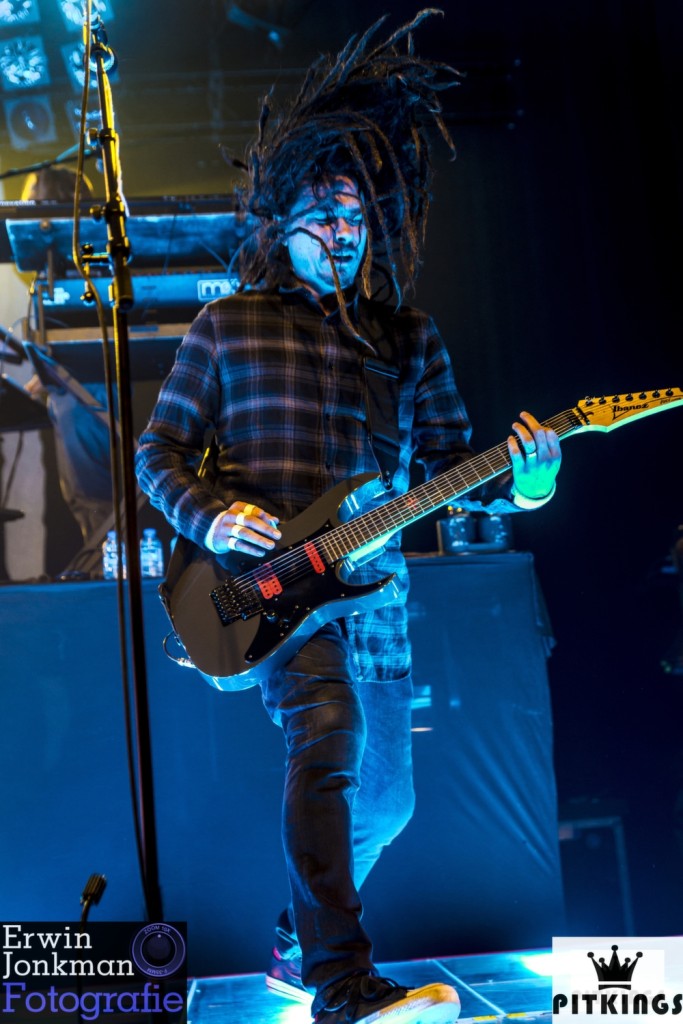 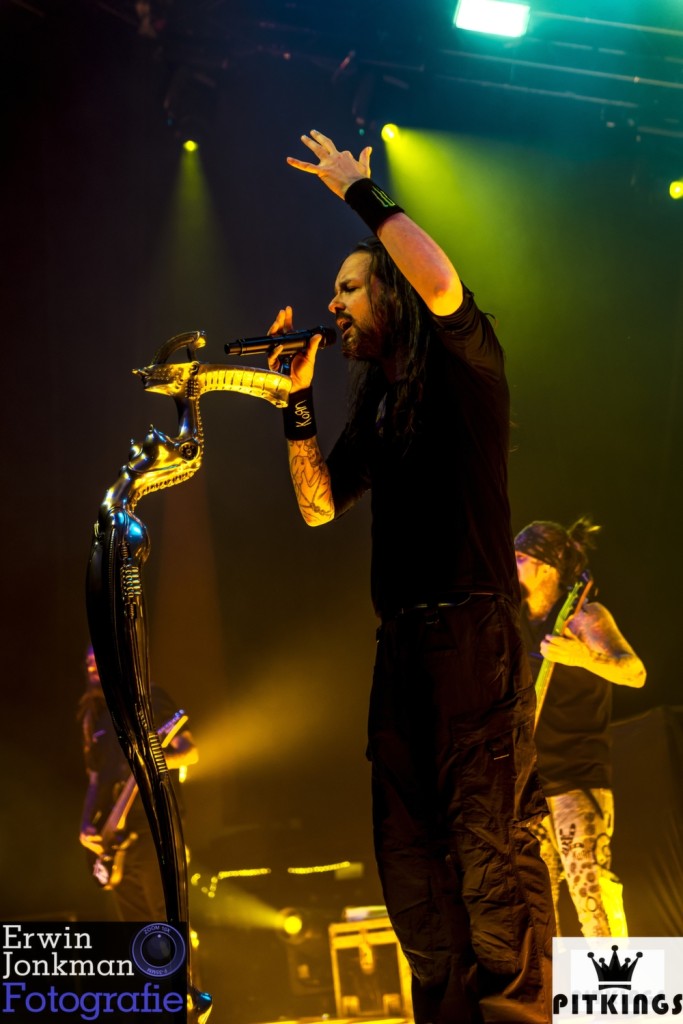 Erwin is photographer for PitKings in the north and east part of The Netherlands.