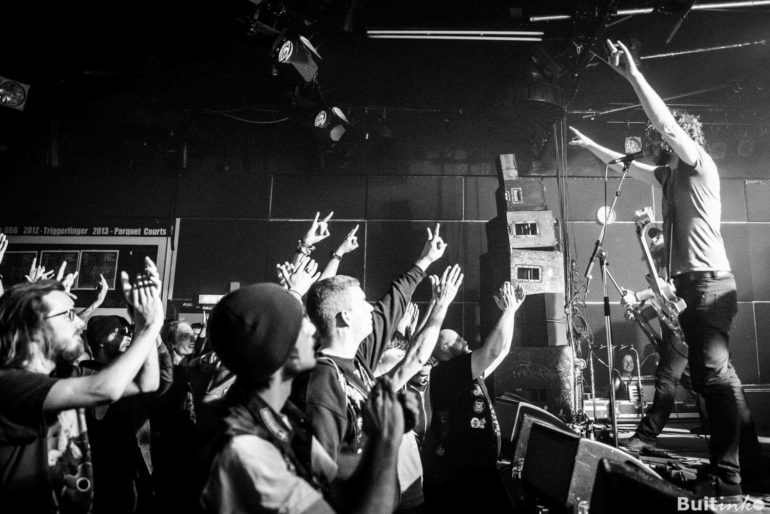 February 11, 2017 | Vera, Groningen – When you talk about Vera, you talk about underground music. When you say Dutch groovy stoner metal, you say Komatsu! This 4-piece stoner band from rockcity Eindhoven is going fast and is not really underground anymore. They released their second album ‘Recipe for Murder One’ (review over here) in September 2016, which scored a 9.2/10 here at PitKings. Now it’s time for them to show their skills live as support act of Orange Goblin (UK)! This stoner metal band started in 1997 and already released eight full length albums. In the venue of Vera those two bands are causing damage, destruction and pure demolition! Check the pictures Hans made and just order some more beer!