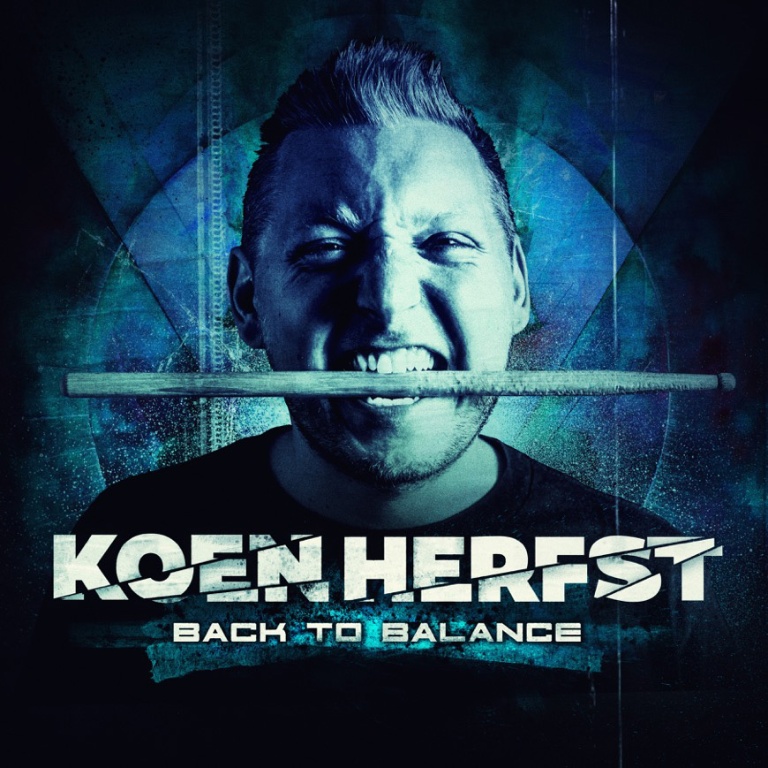 Koen Herfst, by the readers of the ‘Slagwerkkrant’ chosen as the #1 Rock & Metal drummer 2015, released his debut solo album ‘Back To Balance’ on June 25, 2015. Now I can hear you think “a drummer making a solo album?”. Well that’s what I also thought. So, lets find out what we can expect.

About Koen Herfst
Koen is a multidimensional drummer and musician. He has rock, metal, pop, hip hop and dance in his repertoire and well known for his work with one of the world’s biggest DJ, Armin van Buuren. But we know him also of his work with metal bands I CHAOS, Dew-Scented, Epica and After Forever.

Back To Balance: filled with technical highlights
But what about the album? Are those names making this album a great success? The answer is YES! I will explain why. Let me start to say that this album is a must have for especially modern- and progressive metal fans. And when I listen to the song ‘I Don’t Need To Tell You’, it’s also acceptable for gothic metal fans. Just expect songs that are packed with a lot of technical details.

But isn’t it to much based on the drums? Yes, in fact it is. Sometimes the drums is a little bit to much. Especially during the instrumental songs The Kramer’, ‘Back To Balance’, ‘1916’ and ‘Ghetto’. Another imprtant thing to notice is that the sound of every song is strong influenced by (the band of) the guest musicians. I can almost compare it with the ‘Probot’ project of Dave Grohl. When Daniël de Jongh is singing, the whole song sounds like textures and when Ward Palmen is singing with his raw voice, the whole song sounds raw and stoner.

One thing all the songs have in common: I’m constantly thinking that I’m listening to Dream Theater. The drums, the details, the tempo changes, the keys. Almost everything.  I also hear some other band like Rammstein, when I listen to the intro of ‘The Kramer’. Another different influence that I hear is Body Count, in the song ‘Total Hate’. A slow song with influences of rap, but combined with heavy and gothic elements in the chorus. Very nice! Another song I would like to mention is ‘Astronaut’, because this one is a bit different then the other songs. It’s a heavyweight rock song with catchy vocals. Easy listening!

Conclusion
This album is a killer of a debut album. The songs have body, it’s played with passion and all the styles Koen ever played, are combined on this album. Maybe a little bit to technical for most people, but when you listen close to it, you get used to it and it’s worth it. Certainly a must have for every progressive and modern metal lovers. And maybe this album opens some doors to new fans!