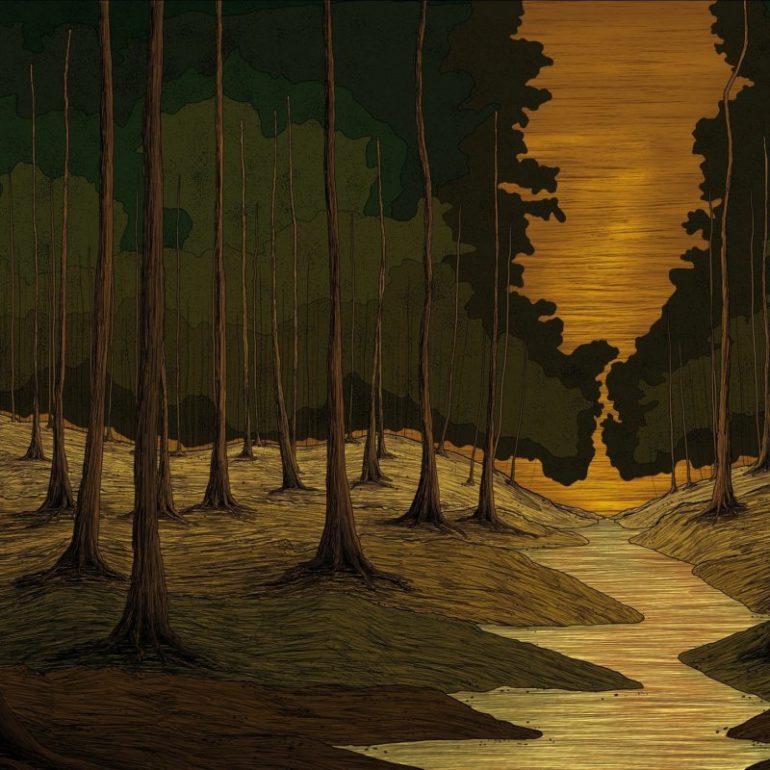 The Dutch (Tilburg) sludge metal band IZAH are ‘bringers of doom’ as they like to call themselves. They take you through a mixture of sludge, noise, post-rock and hardcore boiled into dark, heavy grooves. IZAH shared the stages with bands like Baroness, Mono, Cult of Luna and various others. The band has released 2 EP’s in the past and in 2015 they came with a full length album called ‘Sistere’.

Sistere: a piece of art
On the album are only 4 songs, but with a total playtime of 72:11 minutes, it’s definitely a full length album. The first song ‘Indefinite Instinct’ starts of explosive and fades away to a soothing vibe. Halfway the song it starts to build up to some heavy riffs, back to that explosive start. The next song ‘Duality’ is a fine follow up track to the previous song. The song contains heavy grunting and you can hear some influences from the hardcore scene. After about 5 minutes they break it down into an atmospheric drone. The third song ‘Finite Horizon’ is a dynamic masterpiece. It switches from pounding drums and growls, to a mellow guitar with clear vocals. After that it explodes back into heavy and hectic parts. The last song on the album is the title track ‘Sistere’ and is with the duration of 31 minutes the longest song. On this song the band pulls out all the stops and sets a half an hour during spectacle of a song. Just brilliant!

Conclusion
IZAH is a great presentation of Dutch post rock/metal, sludge and doom. The album is like a piece of art! Just sit back, enjoy and get surprised by the many forms this bands can take.