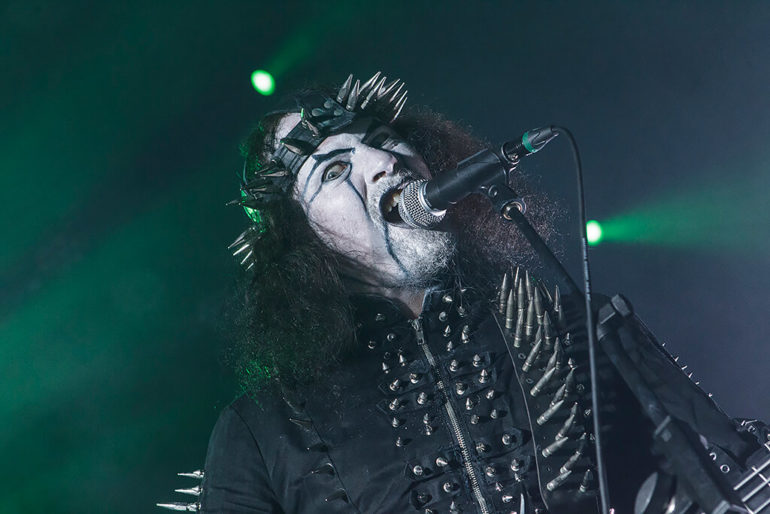 December 2, 2017 | Neushoorn, Leeuwarden – The fifth edition of Into Darkness is a fact. Once again the management of the festival has succeeded to bring the audience a wide variety of killer acts. Time to reside in the dark realms of metal. No less than 17 acts entered the festival arena. The biggest number of bands the festival has seen so far. With a seamless schedule in hand it´s time to kick off and explore the depths of darkness, showcasing the up and coming and bring the best of what (black) metal has to offer. Blast off! Pictures: Oscar Anjewierden

Façade (NL)
Festivalopener Façade opens the festival in a fitting manner by spitting out heavy tracks from the get-go. Layered tracks, with steady guitarplay and deep grunts that captivate the attention of the audience. A taste of Dutch doom-metal to break in our festival boots.

Ulsect (NL)
Next in line is Ulsect, these guys definitely don’t fuck about. Some of you might have seen a few familiar faces of former bandmembers of Textures and Dodecahedron. They kick off their performance strong and straightforward. The dynamics are their strong suit with the familiar deathgrowls we’ve obviously grown a accustomed to. They carry their performance mostly relying on the bands lingering brutality with the reverse swells and harsh screeches. 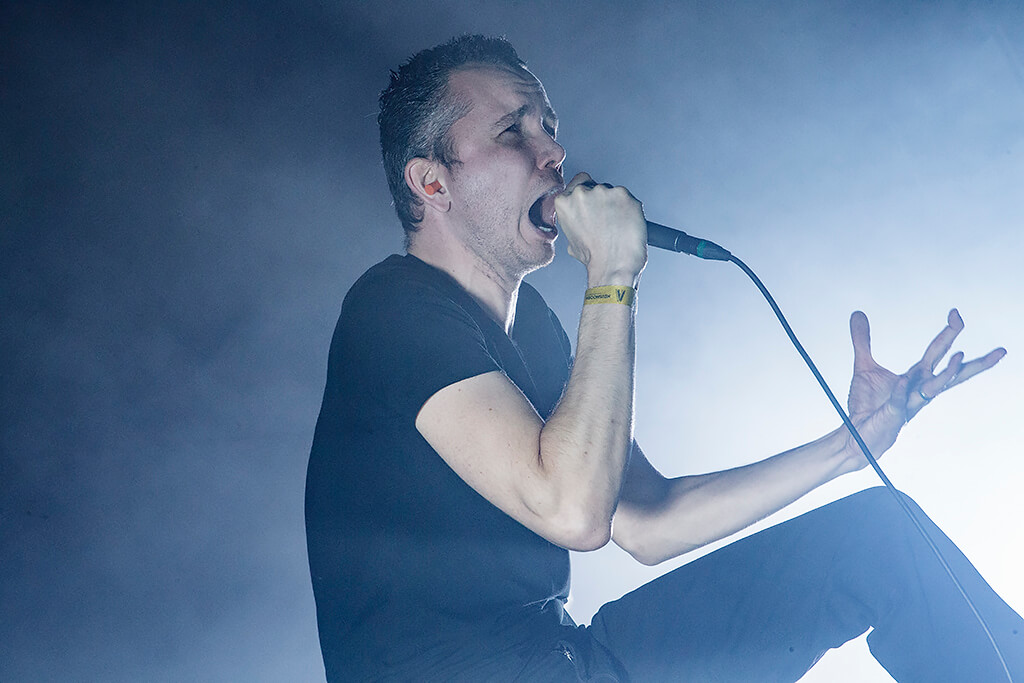 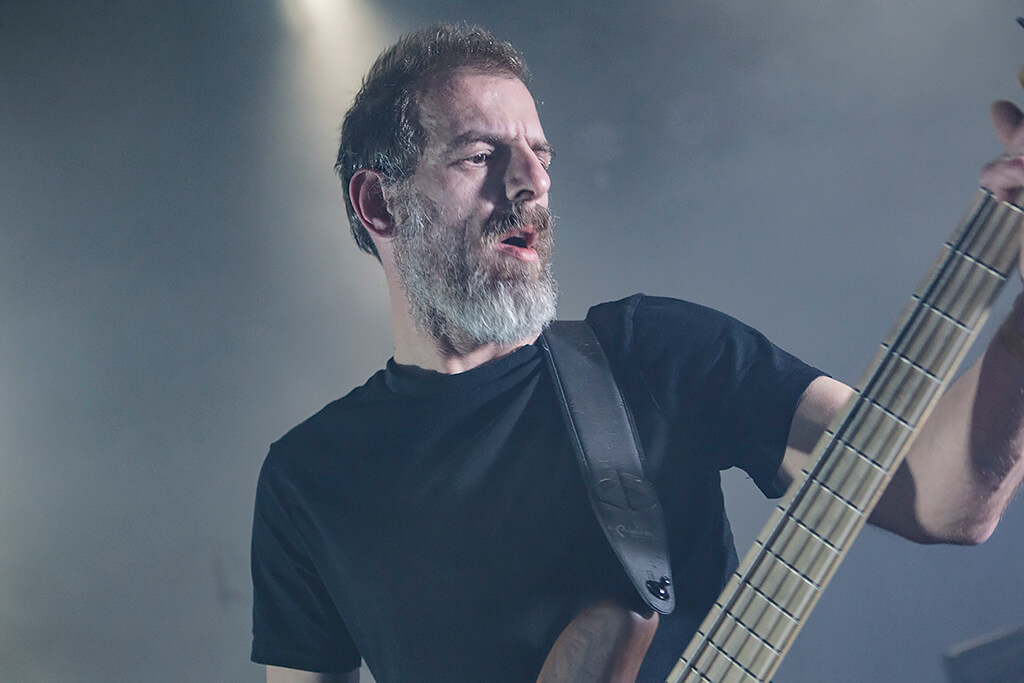 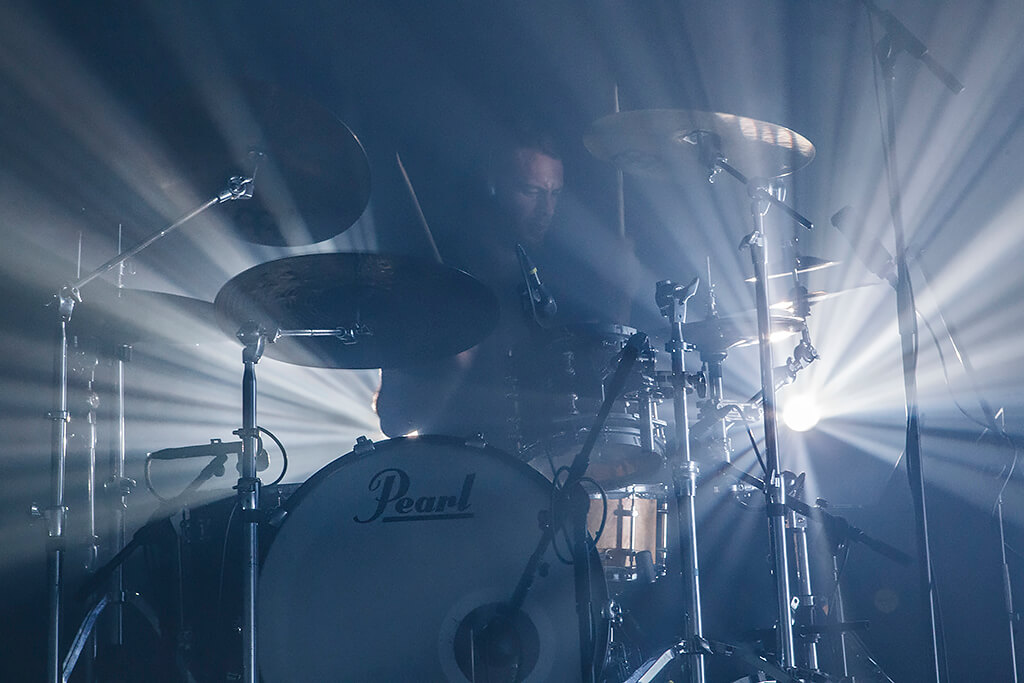 LVTHN (BE)
Orthodox black metal straight from hell, in short. Not for the fainthearted, nor does it have the presumption to be anything less. This Belgian band shows great promise and stays true to their influences. Raw and uncut. The performance is technically impressive, and blazing with gross force throughout the set. Recommended material for the more seasoned metalfans amongst us. 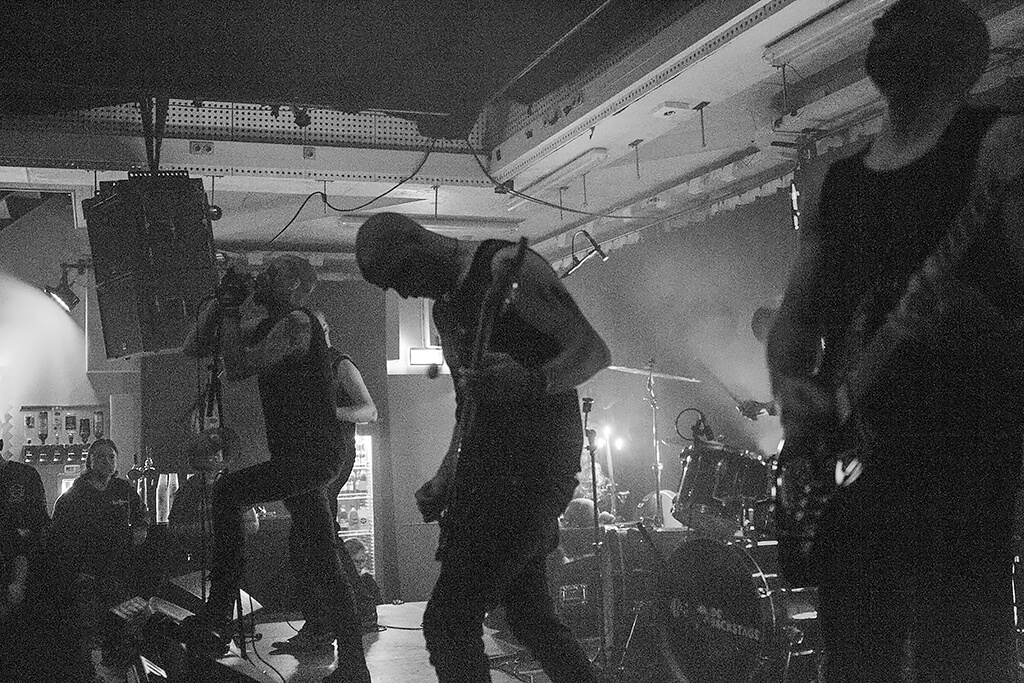 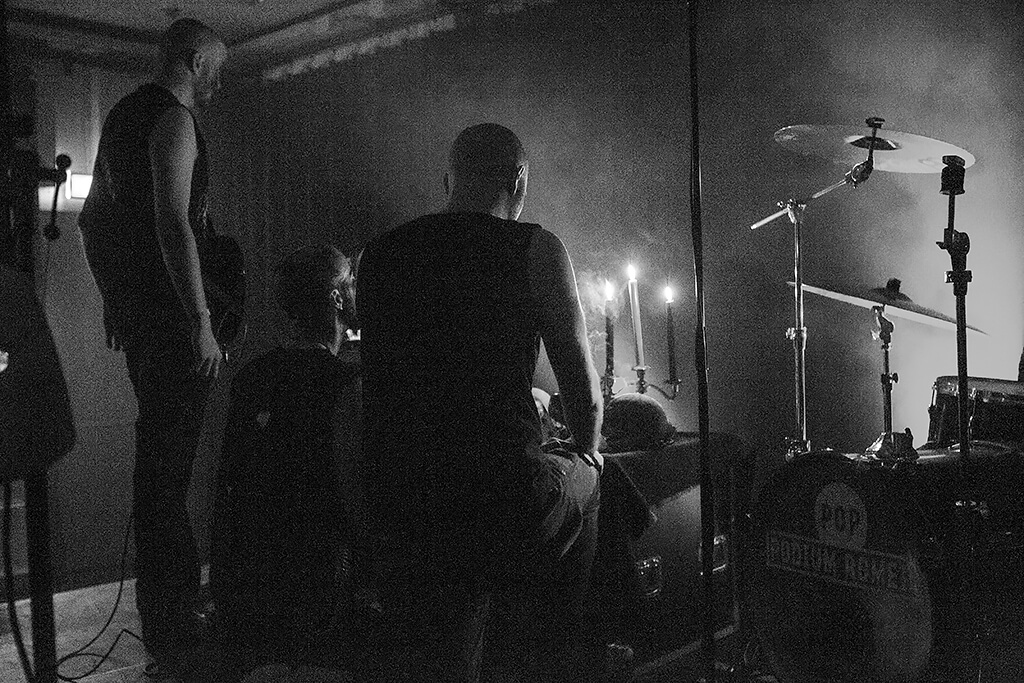 Wiegedood (BE)
With their second instalment of De Doden Hebben Het Goed II, Wiegedood lays on a thick heavy atmosphere during their performance. Impeccable riffwork, very fluid and a little bit insane at times. It’s a moody road we’re on, yet seamless. Wiegedood is building towards a slow climax where anticipation is key. Overall a solid performance. 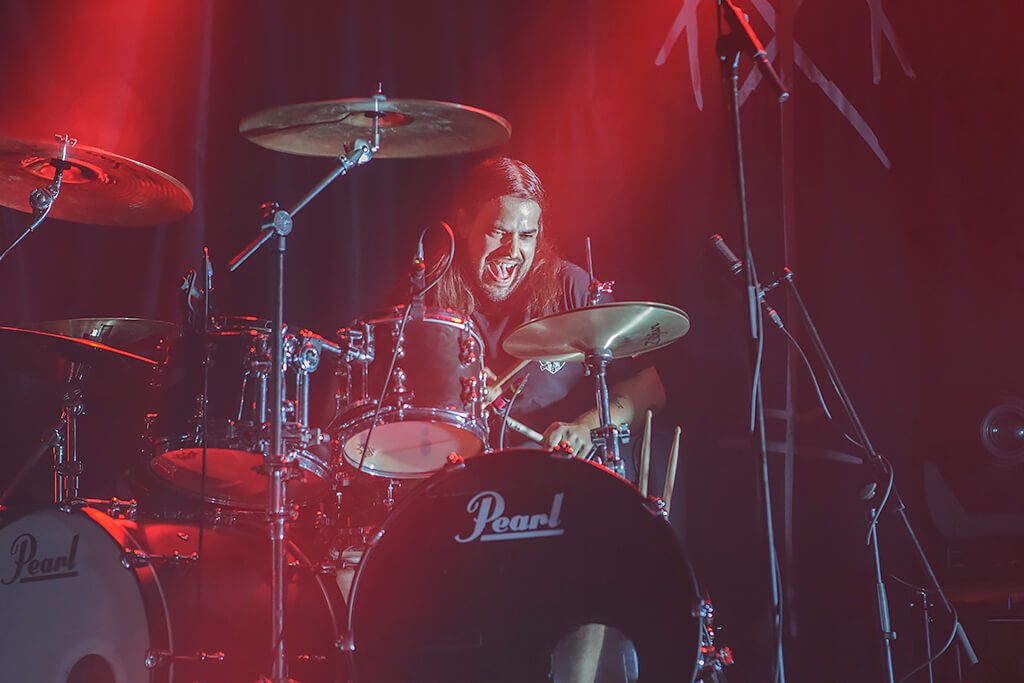 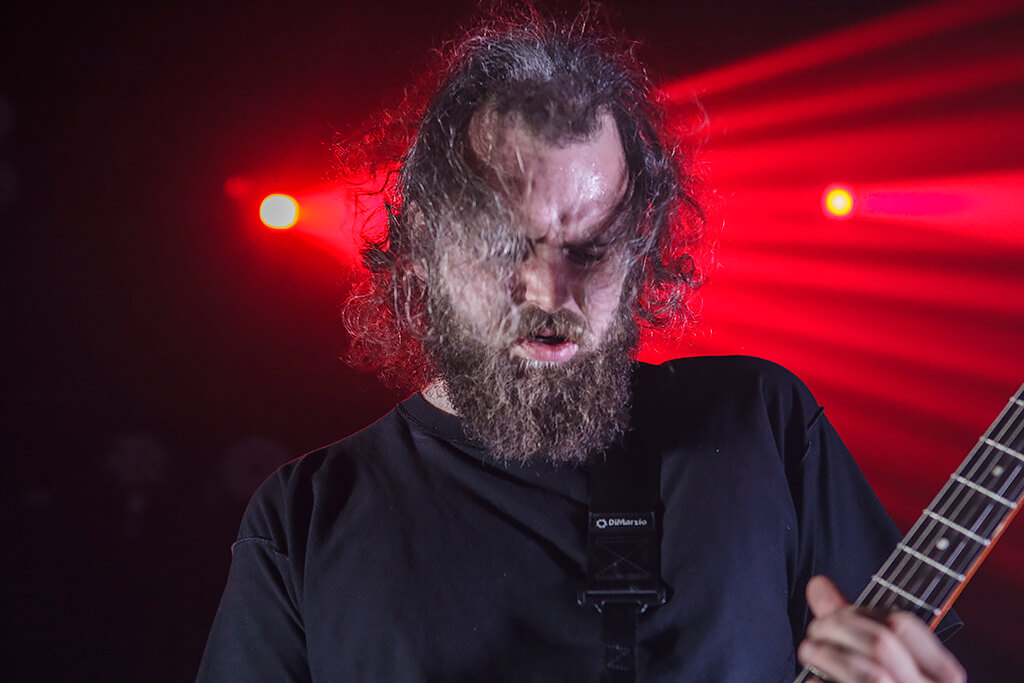 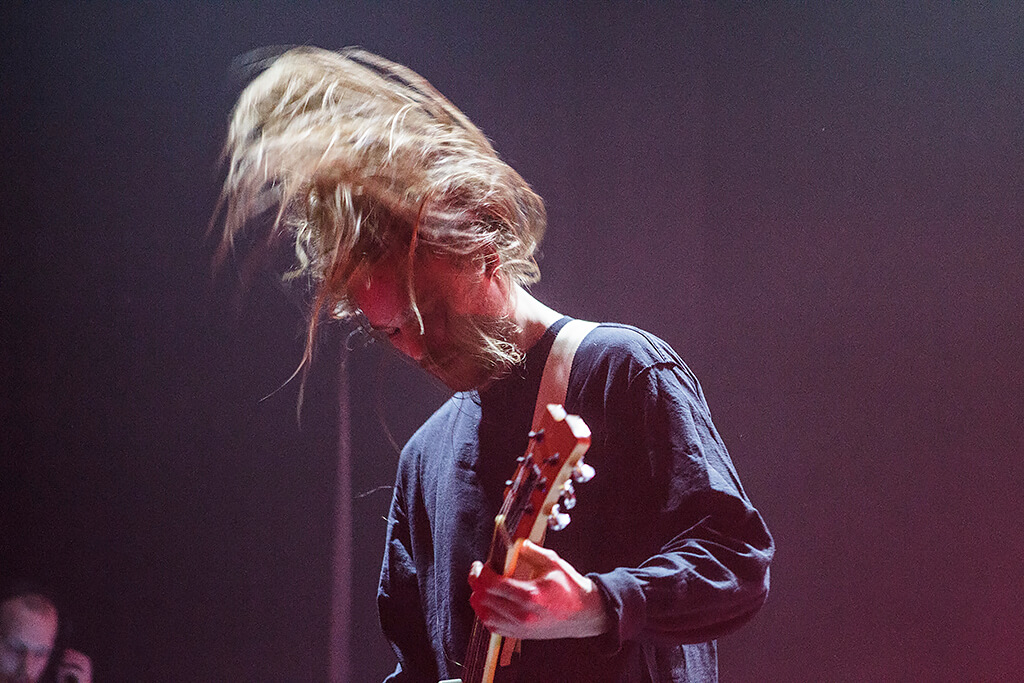 Temple of Baal (FR)
Veterans of metal, Temple of Baal knows how to deliver on stage. Clean vocals, dynamic riffpaterns and definitely not a one-trick pony. A lot is going on here. A wide variety of soundscapes and styles are carefully sown together melancholic undertows and aggressive overlays. The vocals scrape away at your eardrums as you would expect from a band of this stature that set the bar with albums such as Servants of the Beast (2003) and Traitors of Mankind (2005). 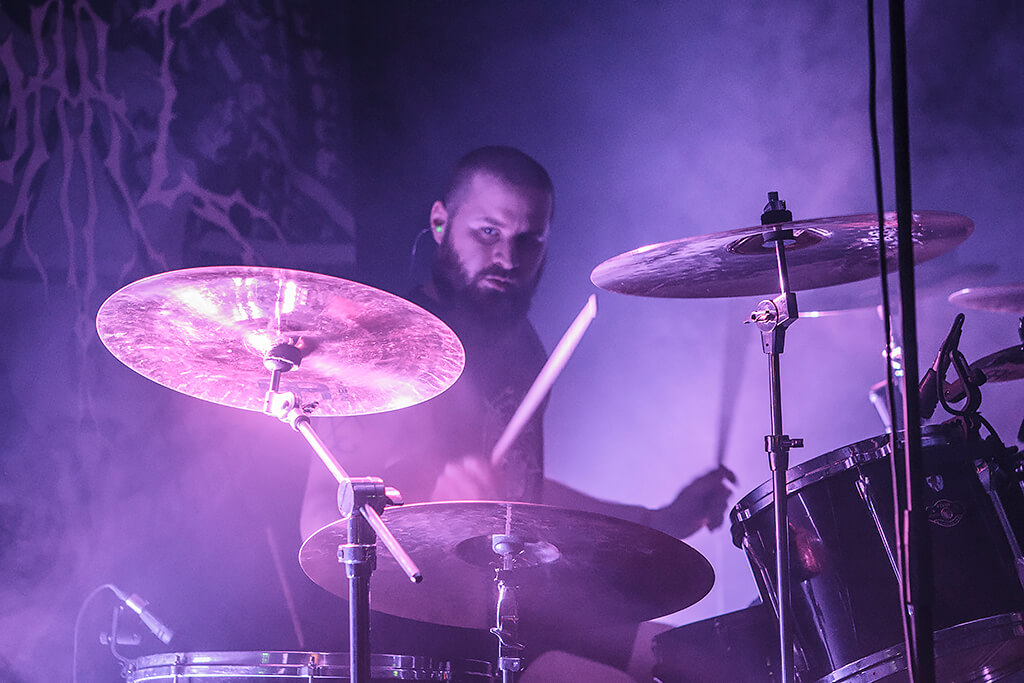 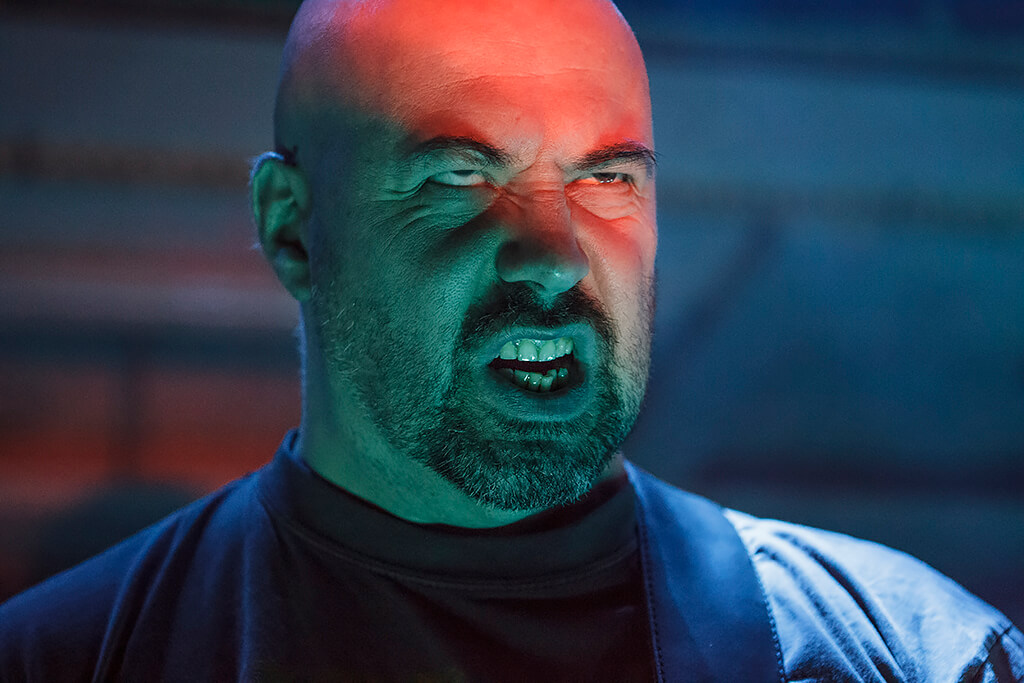 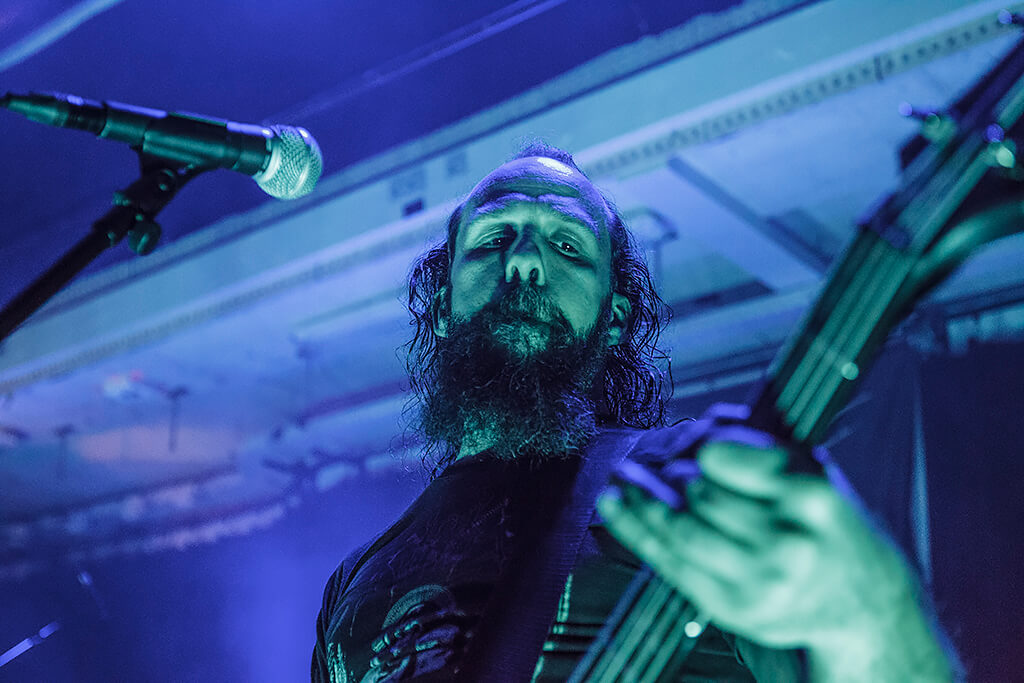 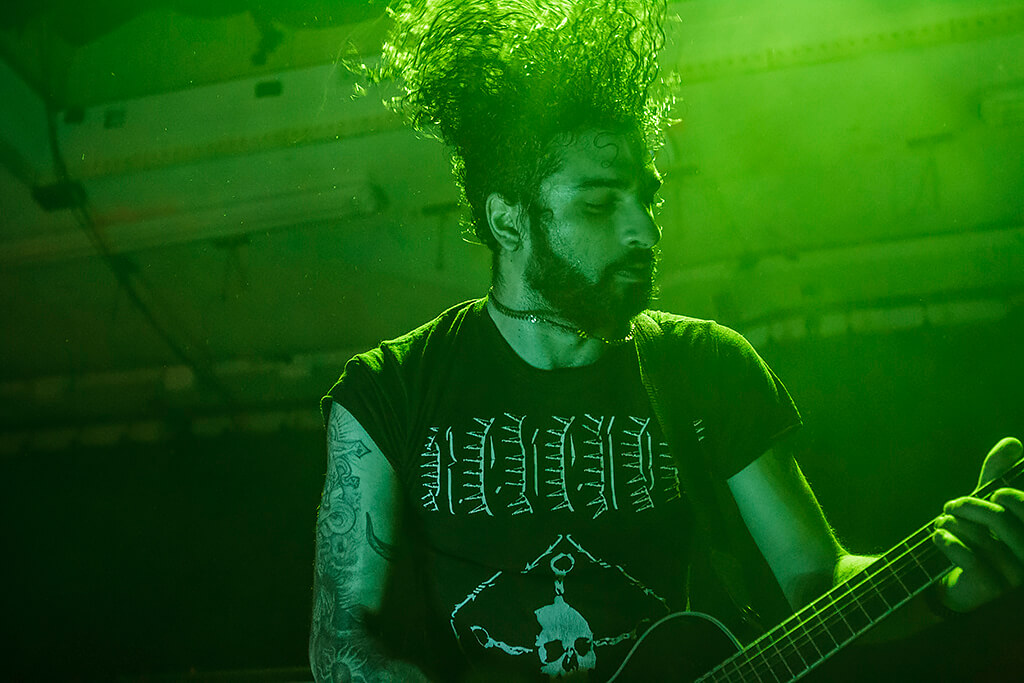 Celeste (FR)
Up next is gloomy noise theatre Celeste. Celeste operates between black metal, sludge and hardcore. The sound is intense, chaotic and dissonant. Alongside other acts such as Anaal Nathrakh and Fukpig, the band fuses black metal with extreme varieties. Brutal in its delivery. Extremely harsh guitarplay, the chaotic mixture of sounds may come as a (pleasant) shock to the system to some of us. 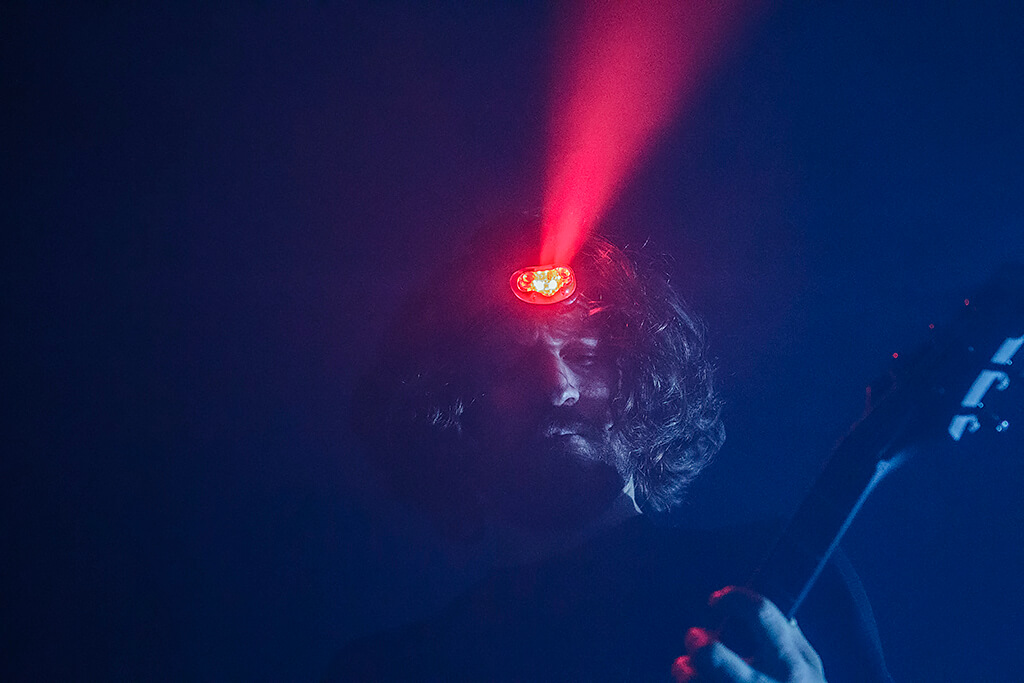 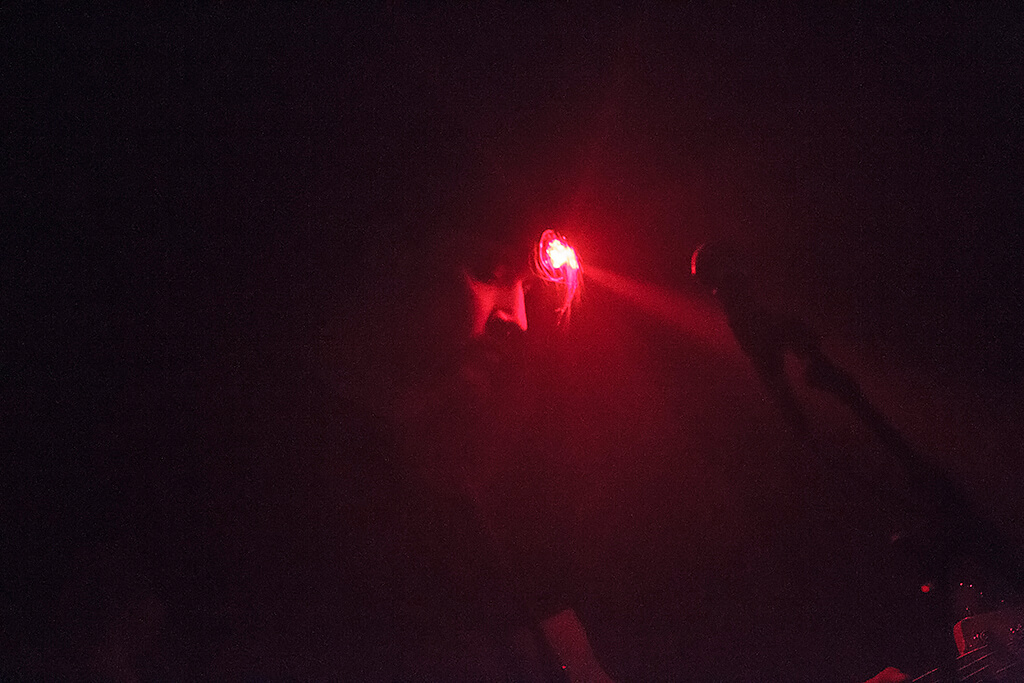 Fen (UK)
Onwards with blackmetal and post-rockband Fen. Their sound can best be described as minimalistic, atmospheric and a bit melancholic. Loaded with tightly packed arrangements and overall a very harmonious performance, the sound can make you drift off from time to time. Well executed vocals mixed with black metal make for well-balanced mixture on the metal-menu.

Ackercocke (UK)
The band Ackercocke is on the more progressive and experimental side of metal. An eclectic melting pot of different styles rage off the stage. Heavy doses of progressive rock are pumped out like clockwork, as is the electronic gothica. Ackercocke manages to integrate these elements with one another. A very versatile and steady performance, but maybe not as “dark” as seen before. 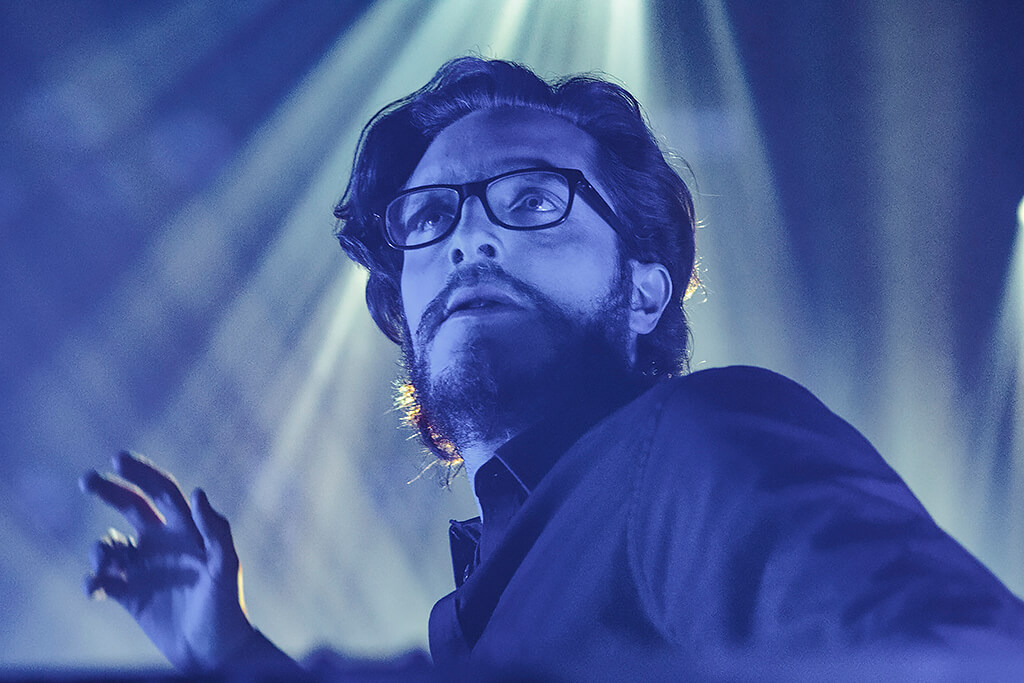 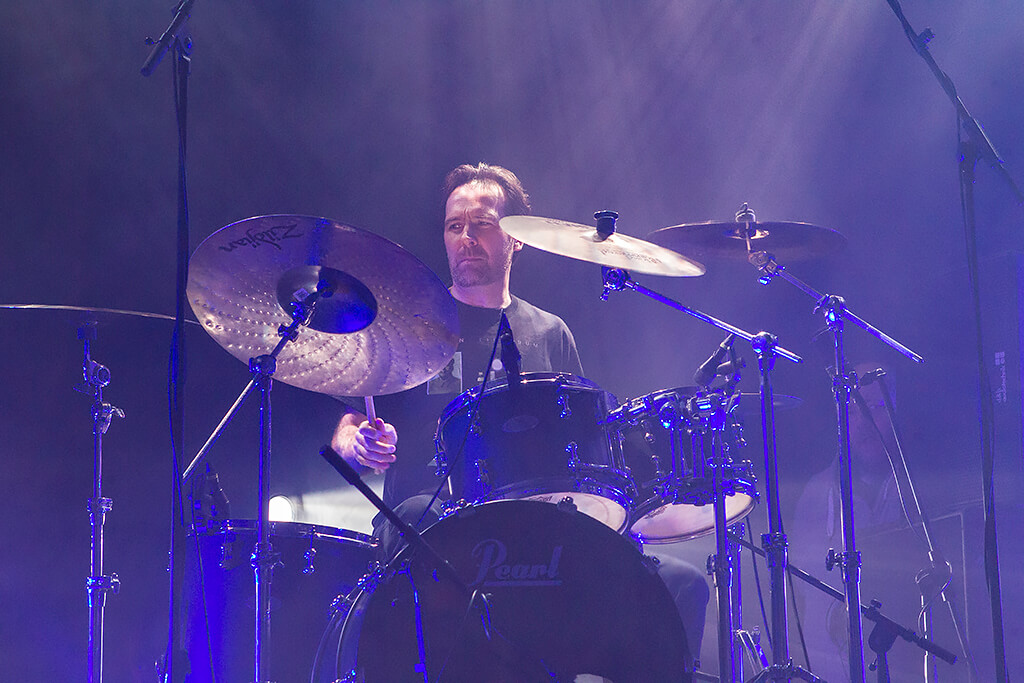 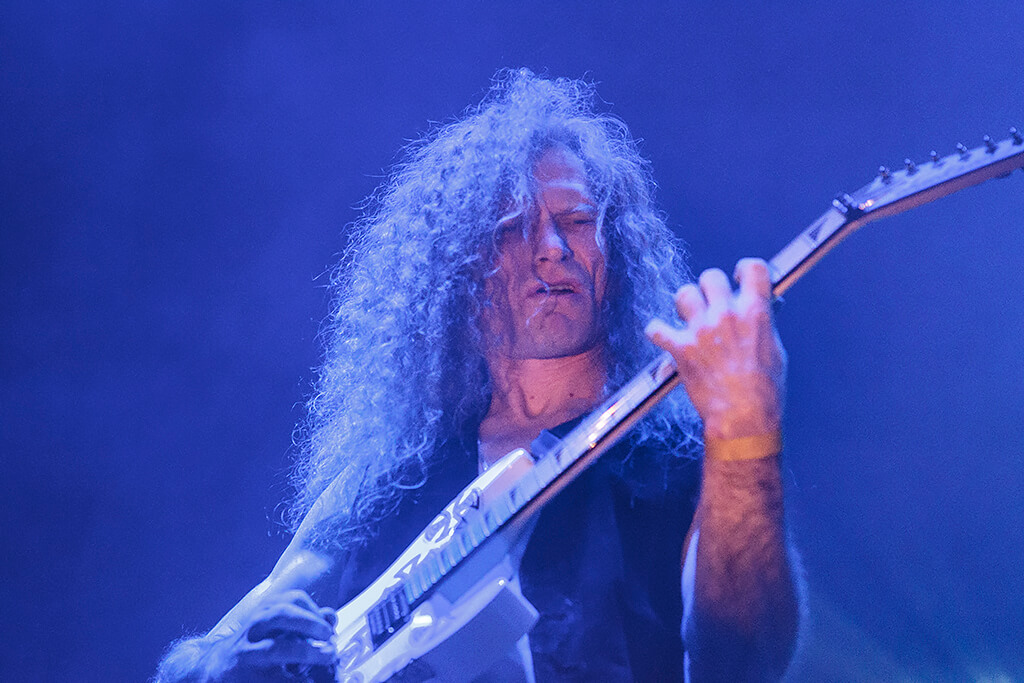 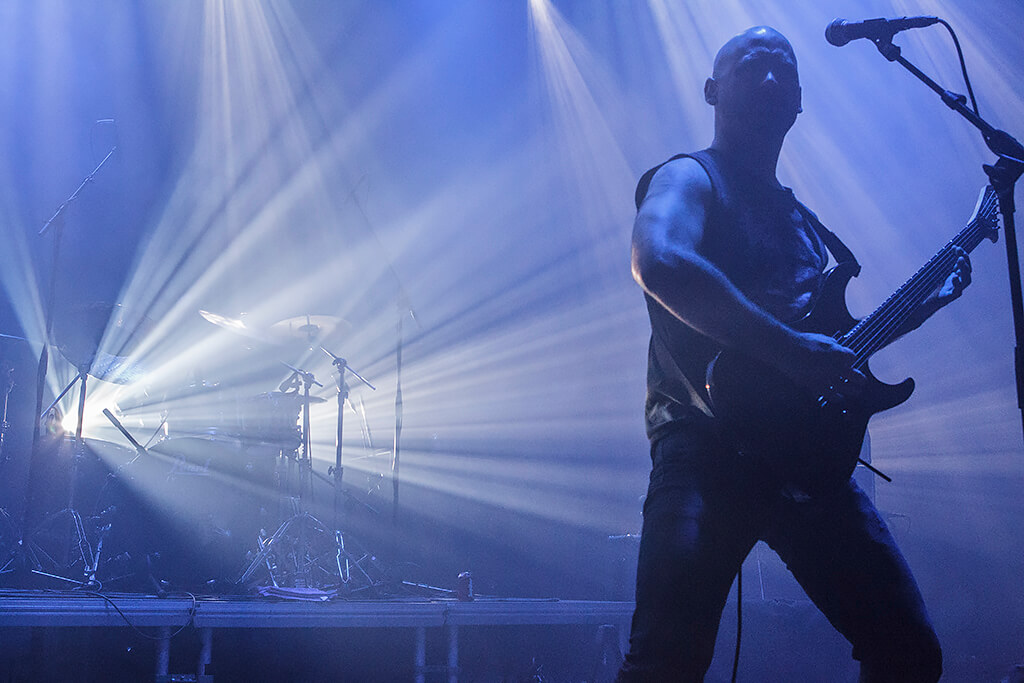 Lugubre (NL)
The Frisian/Dutch band Lugubre, known for its steady stage performance and experienced bandmembers (Salacious Gods, Winter of Sin, Mord and Strijd) rock this set. Fast offensive black metal, solid arrangements and strong melodic elements is what you can expect of Lugubre. A band with a distinct sound and strong vocal parts, Lugubre shows resemblance with bands such as Marduk, Dark Funeral and Desaster. 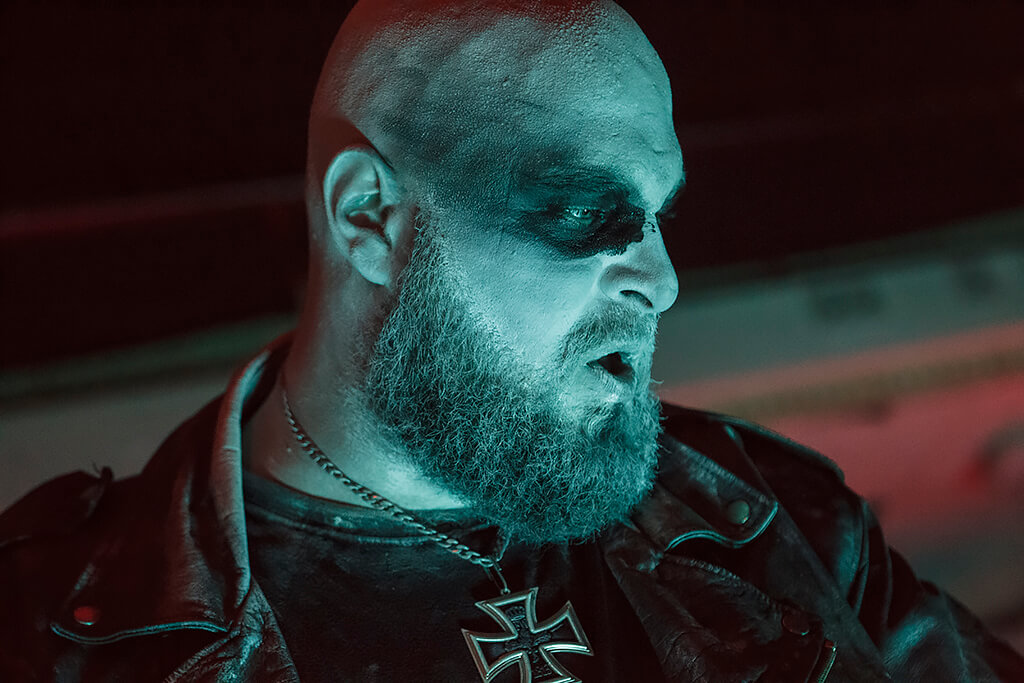 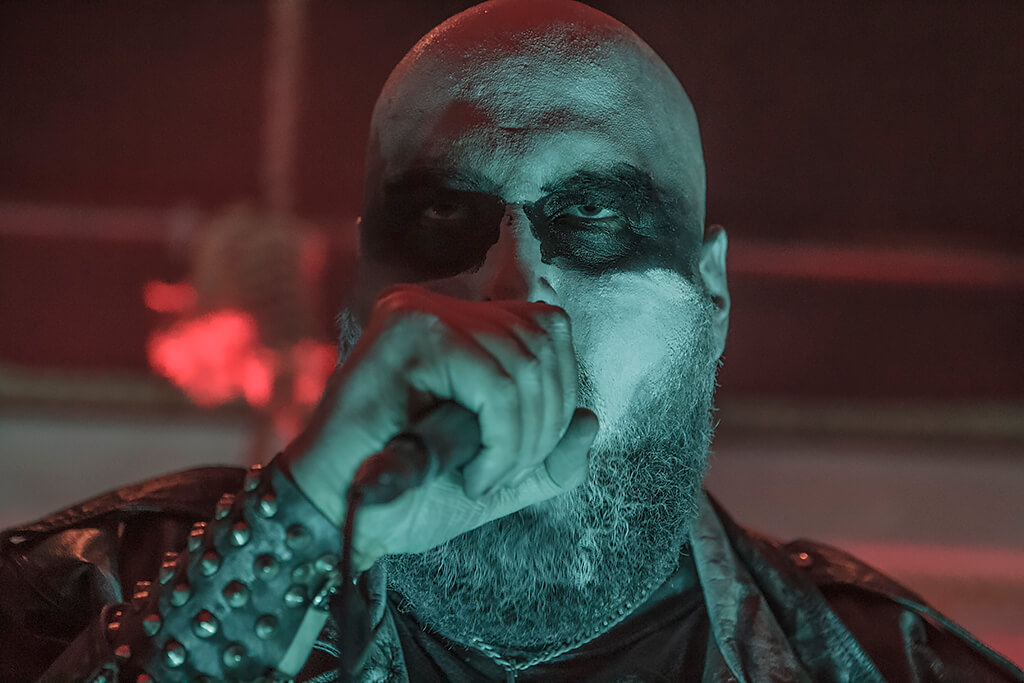 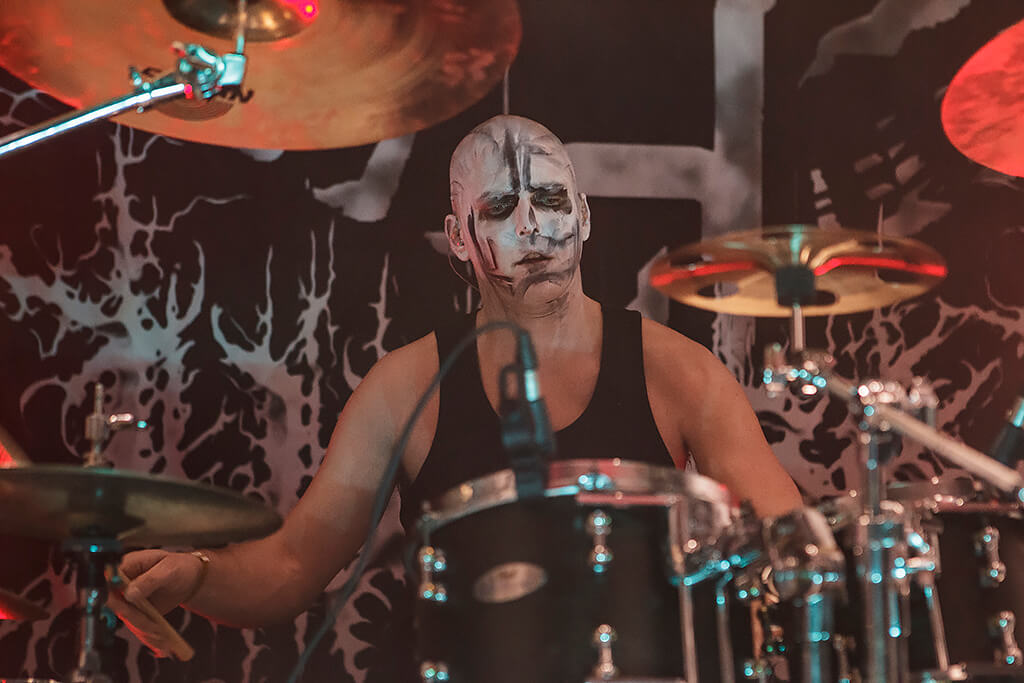 Dark Funeral (SWE)
Dark Funeral is a band with a consistent sound and a steady track record. The band builds on the foundation of classic black metal that is prone to Sweden. At times aggressive and then again melodic which provides contrast in their overall performance. The unsung Kings of Swedish black metal have proven to be a worthy replacement for headliner Abbath. 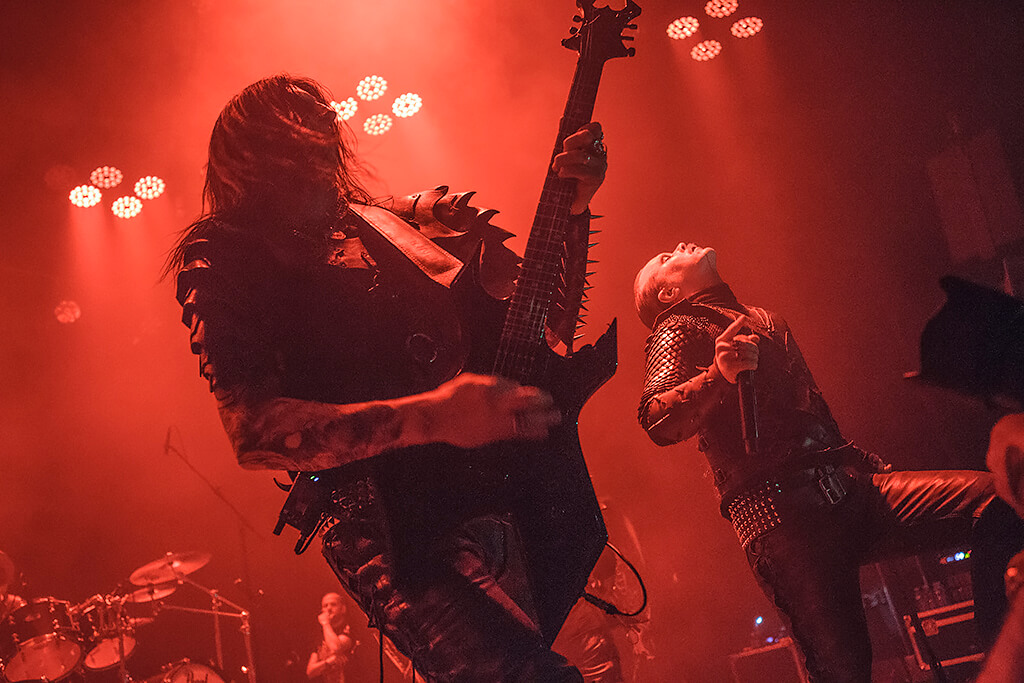 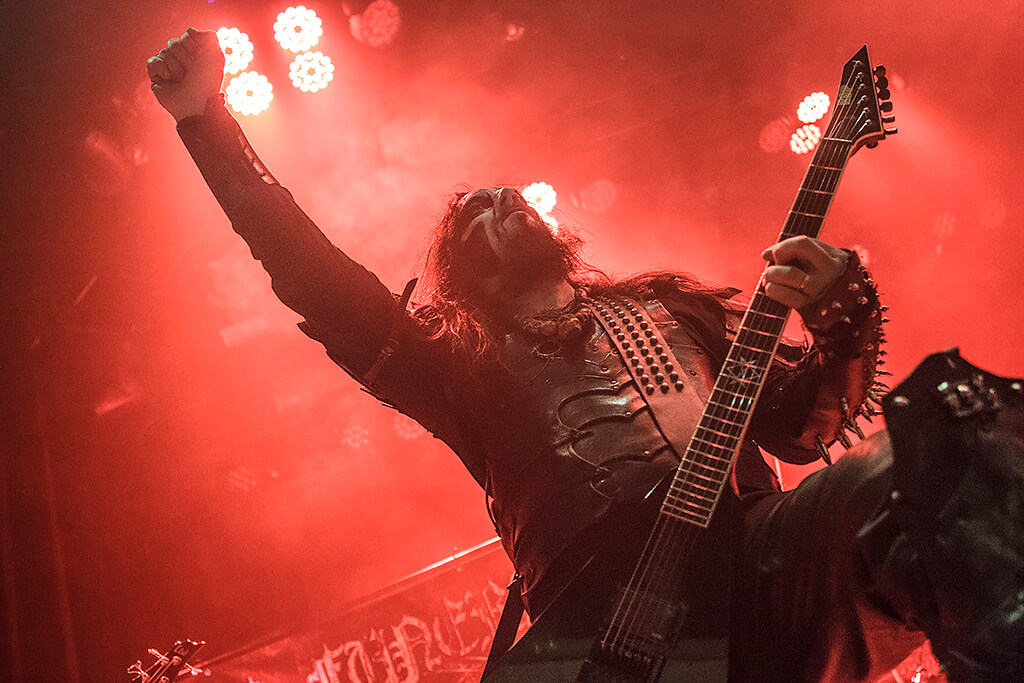 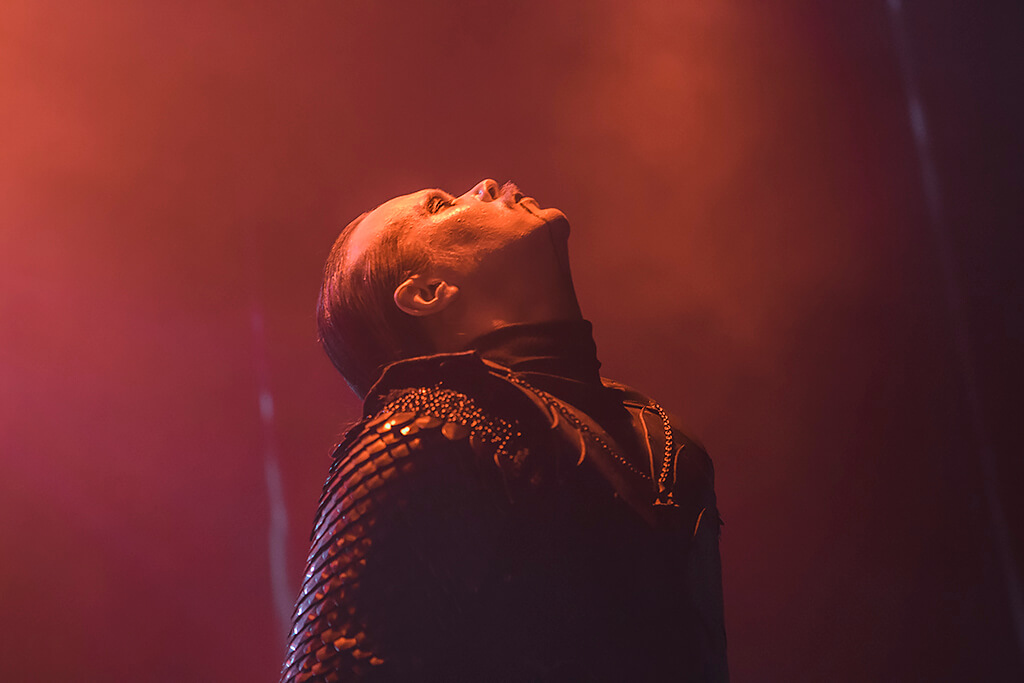 Ultha (GER)
Ultha has layed out a set of monumental proportion. Sound, atmosphere and performance are on point. The sound is thick, strong riffwork comes to play, topped of with heavy leads. Tortured doom comes to mind when watching this band perform. Lots of variation within the setlist, integrating melancholy and theatre within their music. No gimmicks come to play. Sick and thick. Onwards.

Sammath (NL)
Sammath puts the black in black metal. These heavyweights have proven to be in the face from the get/go. The band clearly draws inspiration from the new wave realm of black metal. Sharp, a bit eccentric and fast. A state of well-balanced chaos lies ahead on an extreme road we´re on. The drums hit you in the face, the riffs go straight up the spine. Yet very different from what we have heard of Dodengang or Strijd. All in all a clean cut performance.

Farsot (GER)
With their progressive approach Farsot has put great attention to detail into their sound, a lot of the different elements are in place. Layered complex compositions make for a very versatile experience during the set. The overall feel is dark and mysterious. Strong suits are the stretched out tracks and impeccable vocals of the frontman.

Orewoet (NL)
The Dutch metal band Orewoet has a straightforward approach when it comes to sound. No muss, no fuss, this band is pure black metal devotion. Hypnotic rhythms, choked an harsh vocals and hints of gloom are thrown off the stage. Anticipation seems to be the keyword when listening to Orewoet as the tracks are built up to end in mayhem. Oh joy!

NAGA (IT)
Doom, sludge and distortion from Italian metalband NAGA. Crunchy dark rhythms fuel the pessimistic atmosphere on stage. NAGA implements elements of sludge with black metal. The shouts are solid and the aggression is present. Overall NAGA delivers well composed songs with a haunting ambience and the right amount of morbidity within the boundaries of the genre.

Ars Veneficium (BE)
Time to dwell deeper into the abyss with Belgian blackmetal band Ars Veneficium. The band’s sound consists of a generous dose of filthy guitarplay, a heavy loaded bass and greasy vocals. A great build up in terms of the overall set, with great attention to creating a nostalgic atmosphere that is familiar to Nordic black metal.

Ancient (NO)
Revived and reborn after a time of hibernation is the Norwegian band Ancient. Murky goths that produce grim sounds and whip up a storm of hellsounds. Ancient has come to slay. Menacing guitars, raw vocals mixed with ambient intro’s. Solid as far as the execution goes. The band displays a certain amount of restraint as far as tone is concerned. The dark and sinister feel of the tracks linger and reach peak on point. 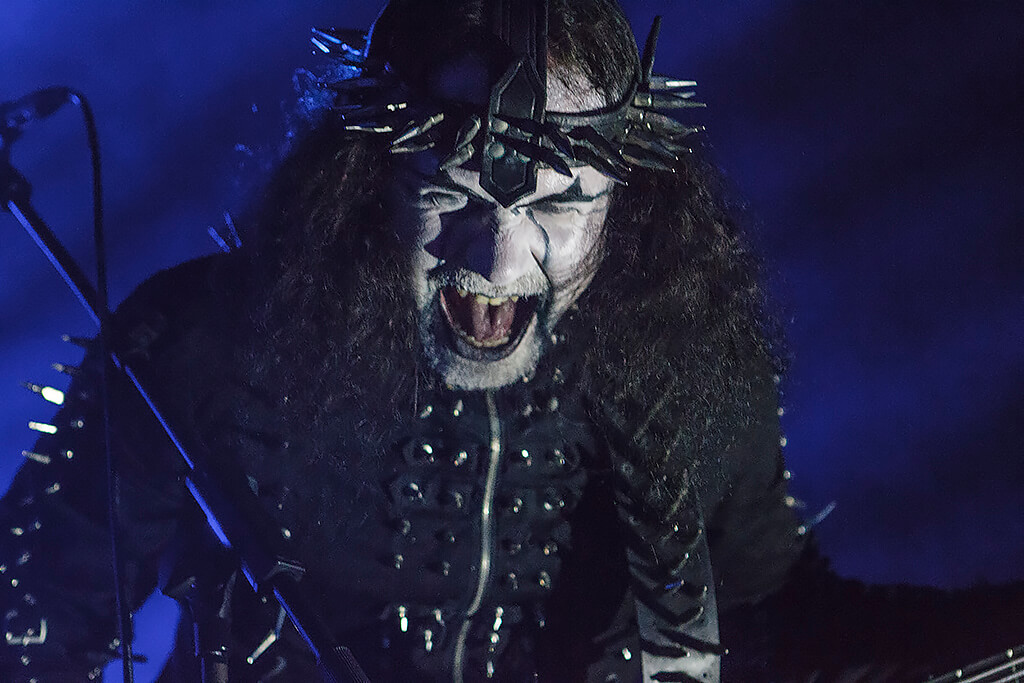 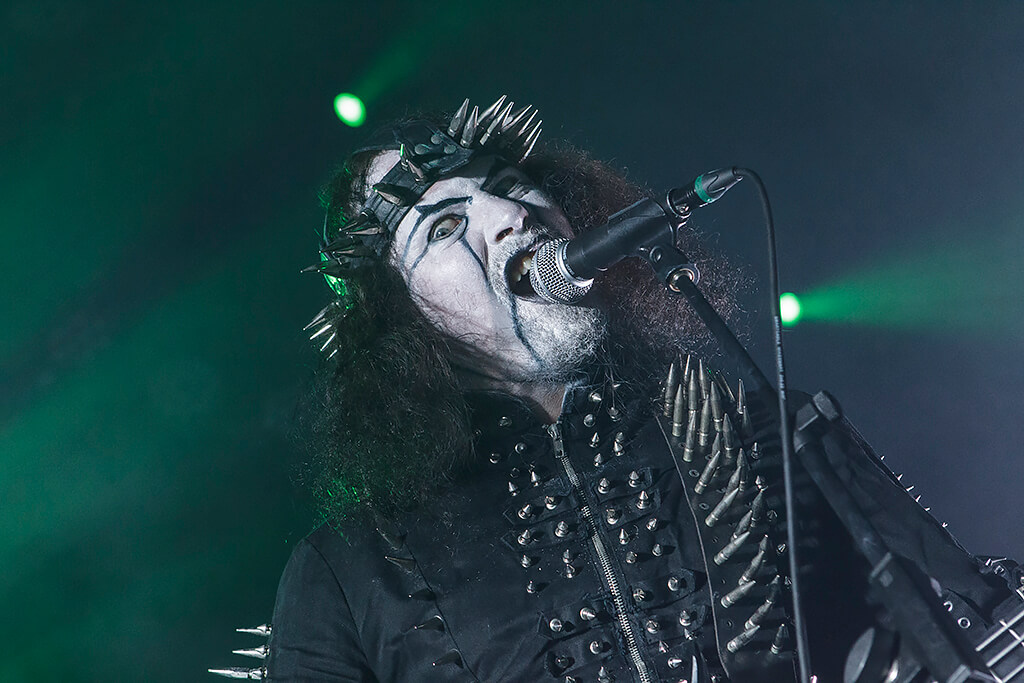 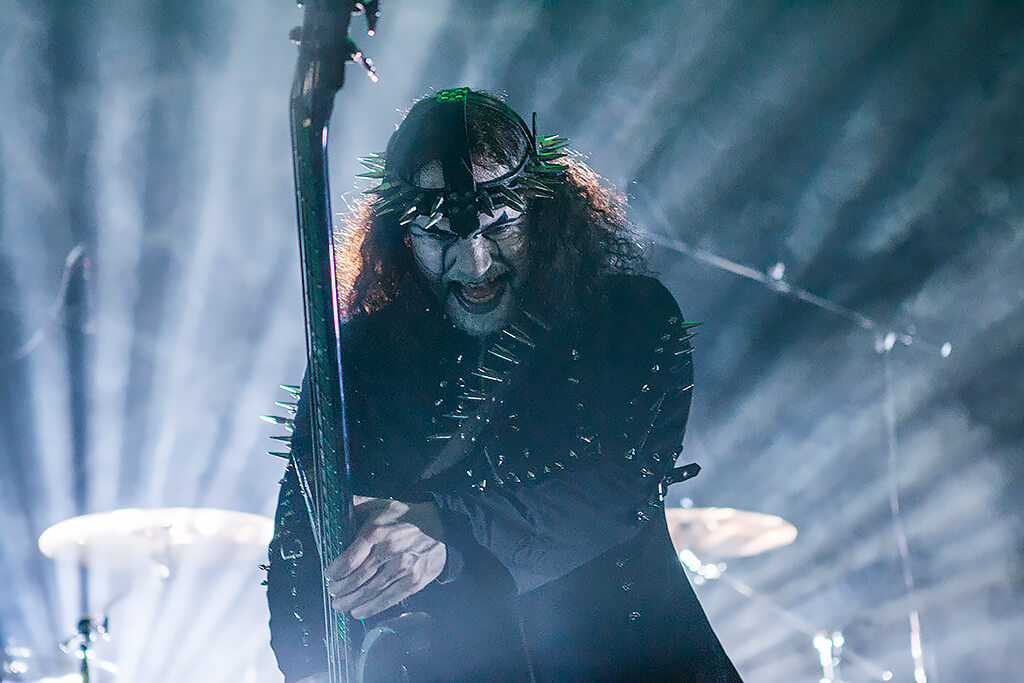