On March 19th, 2018 the Dutch modern metal band Hibakusha release their debut album “Prophet of Numbers”. The band is founded in Haarlem and their sound is anything but mellifluous. Initially a quartet, they found a kindred spirit in vocalist Twan Driessen and added him as a fifth member before recording their debut EP, “Incarnation” in 2015. I talked with the guys about there upcoming album, the recording process and the future.

You’re around since 2013 and already played a lot of important and large shows. What’s your secret?
We don’t think there is a real secret. We pour our hearts into this music (and music in general) and doing this with friends makes it incredibly fun. We grew along with the attention we got over the last two years which required us to work our asses off from time to time, but every time we managed to get where we needed to be. We also have a high standard for what we think the music should sound like, and do everything in our power to improve this. But in the end we have to credit the people at BumaRocks, Complexity, Euroblast and other parties for trusting a young band with the spots they offered us. This is what actually makes the difference for us: being ready to deliver when an extraordinary opportunity presents itself.

On March 19 you will release your first album titled Prophet of Numbers. Can you tell us a bit more about it?
After the ‘Incarnation’ EP, it felt like the right step to focus on an album. We’d never anticipated the sudden success of Incarnation, but also wanted to prove it was not a fluke. 10 tracks made it on the album, including a prelude and an outro. The name ‘Prophet of numbers” comes from the Icelandic adaptation for the word computer. Most of the song-names are based on deeper scientific or philosophical themes and subjects, but we found that Prophet of Numbers had an almost poetic touch to it: a confrontation of the heart and mind, a contradiction between the spiritual and the rational. It also connects well with other themes in our music.

How long did the whole writing and recording process of the album take?
Writing is a somewhat continuous process for us. There are two songs on the album that were written even before ´Incarnation´ came out. The last one was finished a couple weeks before we went into the studio. So that’s a span of at least two years. The pre-production process began during the summer of 2017. The rehearsals and pre-production made that we had a clear idea of what the album should become, which made planning easier. The actual recording took two months, late last year.

Who is mainly writing the songs and what are the songs about?
Ruben writes the majority of the music. He shares raw versions (demo’s), which are then rehearsed and shaped into what will eventually form the final songs. The ‘shaping’ varies per song. Some are near copies of the original demo’s, others get extensive makeovers. This process works really well for us because we start out with a clear vision of what the song should be, and this makes the necessary tweakings all the more effective. When a song is nearing completion, Twan will test out ideas and start writing the vocals.

The lyrical themes are a collaboration between Twan and Ruben. They flow from the original concept, as thought up by ruben, when the track was written. But Twan then takes over and writes all the lyrics. Through the song’s lyrics Twan tells a story. The album’s title-track – Prophet of Numbers – extends the concept between two things that shouldn’t be able to match. A Prophet speaks in ideas, thoughts and opinions; things that can’t really be grasped. Where on the other hand, Numbers, are a very literal thing. So with that contradiction in mind, Prophet of Numbers is about two brothers who were always in conflict because one couldn’t understand the other.

Some bands claim that marketing is just as important for a band as the music itself. What do you think about that?
We think it’s important that we find the right ears for our music. So we put a suitable effort into promoting our music. We also spend time on what it is we want to share on our social channels, when and how we reveal new stuff. Figuring it out as we go along. So yes, it’s an important part, but we also believe in a natural course of things to a degree. Our main focus is to make sure the music and performance is something people enjoy and we look for opportunities as we go. But just like the shows we are incredibly thankful for the early attention metal-blogs and sites have given us. PitKings included!

Hibakusha is the Japanese word for the surviving victims of the 1945 atomic bombings of Hiroshima and Nagasaki. Who came up with the idea to give the band this name and why?
Hibakusha was a song name of a previous band Sjoerd and Ruben had. It resonated with us, because of it’s almost contradictory meaning of people who suffered this horrible event, but survived despite this. Just like we felt with “Prophet of Numbers”. But to be fair, in the end it’s a really metal name.

What else can we, except a new album, expect in 2018?
Our highest priority after the release of ‘Prophet of Numbers’, is playing some awesome shows of course. For a start we have our album release show on the 20th of April in Patronaat, Haarlem! We would love to play all over the Netherlands and we are looking to play some shows in the surrounding countries, but that will come together in the upcoming months. And you can also be sure that we will release another official video later this year!

My last regular question as usual: what’s your advice to other young starting metal bands?
Music is something beautiful. Make sure that whatever you do, you always enjoy the music you make. Regardless if you’re looking for a bigger audience or just want to enjoy a Sunday afternoon rehearsal. If you’re lucky to find like-minded people to share this with, everything will fall in it’s place. A combination of luck and making sure you’re ready for opportunities. Though that could mean scraping all your savings together for your own amp and cab, because you’ve just heard you’re playing the biggest stage of your life in 3 months. 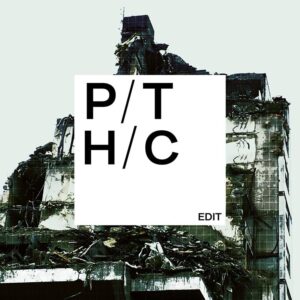 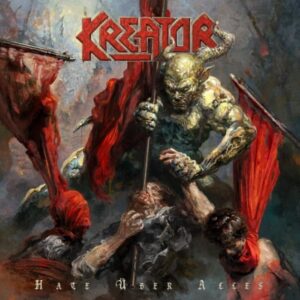 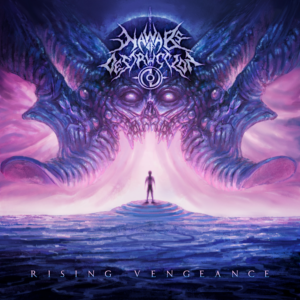