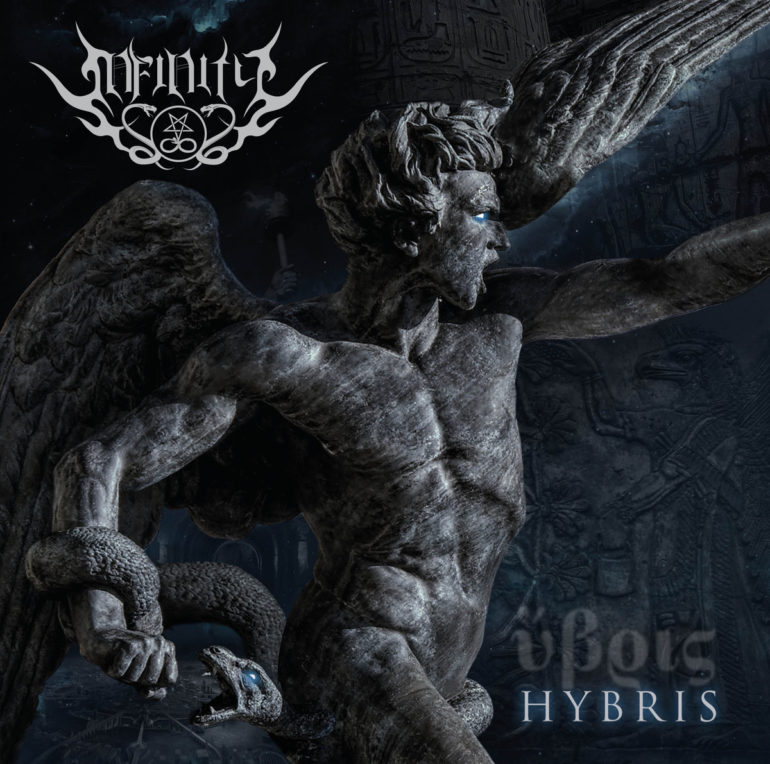 The Dutch black metal band Infinity has been around for a long time: they started in 1995. I have known them for quite some time and especially enjoyed their previous record called ‘Non De Hac Terra’. Now they released their sixth studio album ‘Hybris’ in June, 2017, which has been recorded at the Necromorbus Studio by Tore Stjerna.

The production is crystal clear, which suits me just fine as I prefer a good production over a low-fi black metal album, but that is just personal. Hybris has become a strong album. Mainly black metal, but there are also some death/thrash elements in their music as well. It’s much more melodic than I expected and this contributes to the album really well. The melodies are strong and it makes the songs much more catchy.

There are numerous great songs on this album like ‘Wrath Of The Djinn’, which starts with a more death vibe/groove, before bursting into a full black metal attack. The whole album is packed with dynamic tempo changes, which really gives the album a fresh touch. The best song of the album in my opinion is title song ‘Hybris’. What an epic song this is! It starts with an atmospheric mid-tempo rhythm and is filled with memorable melodies and rhythm changes. The haunting vocals of vocalist Balgradon Xul together with the guitar riffs of Draconis, take this song to a higher level.

If you ever get the chance to see Infinity live, go and do so. The band is live as tight as on CD. Recently I was at their album release party of Hybris and they did not disappoint for a minute. Definitely worth seeing them if you get the chance!