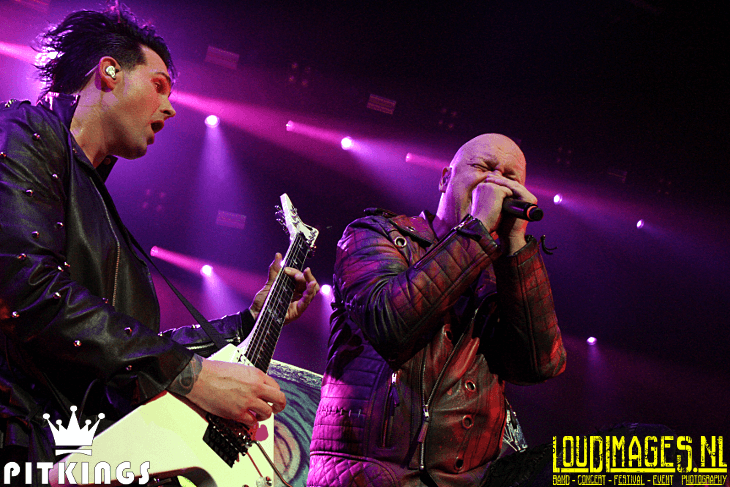 November 20, 2017 | 013, Tilburg – Finally! The pumpkins are united! The German power metal band Helloween was founded in 1984 and visits 013 for an exclusive Dutch reunion show. The first line-up of Helloween consisted of singer and guitarist Kai Hansen, bass guitarist Markus Grosskopf, guitarist Michael Weikath and drummer Ingo Schwichtenberg. After the release of their debut album ‘Walls of Jericho’ in 1985, it expanded into a quintet with the addition of singer Michael Kiske. Under this line-up, they released the classic and successful ‘Keeper of the Seven Keys’ albums in 1987 and 1988. However, Kai Hansen left the band in 1989 and Michael Kiske left the band in 1993. Now 23 years later they join the pumpkin family again for a major tour and hopefully more. With seven band members Helloween is stronger than ever! Pictures: Marc van Kollenburg 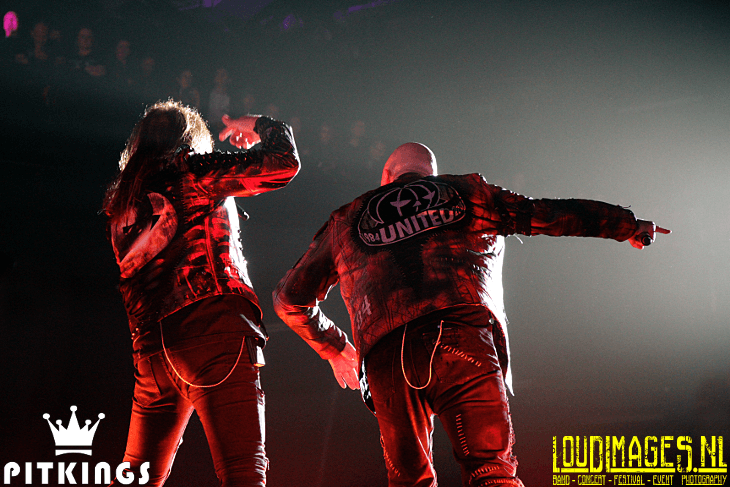 The venue is fully packed on this rainy Monday evening. The show wasn’t sold-out, but I guess there weren’t much tickets left, judging by the amount of people present in 013. An enormous curtain hanging in front of the stage with the band logo and the tour title: “Pumpkins United”, which is translucent. Around 8 PM the lights go down, ‘Let Me Entertain You’ (Robbie Williams) starts playing and after it the intro of the beautiful and epic song Halloween kicks in. The curtain falls down and the 7 members appear on stage. The sound is amazingly good: full, warm, clear and solid. With the next two songs ‘Docter Stein’ and ‘I Am Alive’ it’s for sure this is gonna be a great night. The twin and dual vocals between Kiske and Deris is executed in perfection and Kiske’s voice is still in perfect conditions and sound exactly the same as 30 years ago. Respect! 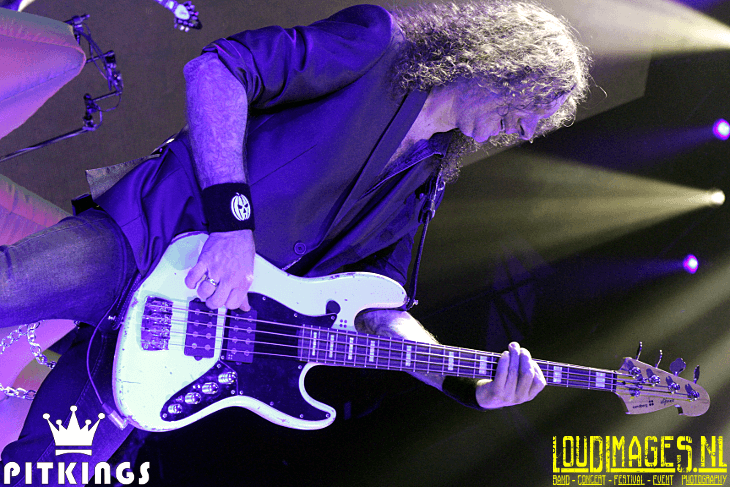 Besides the fun the band members have on stage, there’s also a lot of visual entertainment going on. The large led-screen in the background treats us with great visuals and animations during and in between the songs starring the pumpkin carachters ‘Seth & Doc’. All the ingredients are there: a well balanced mix of old and new songs, a very enthusiastic crowd with an average age of 40-50, spectacular visuals and a great sound. Even the drum solo halfway the set, is executed very well. The drummer is battling with founding member and drummer Ingo Schwichtenberg (died in 1995), who’s playing drums on the large screen behind drummer Daniel Löble. Spectacular! 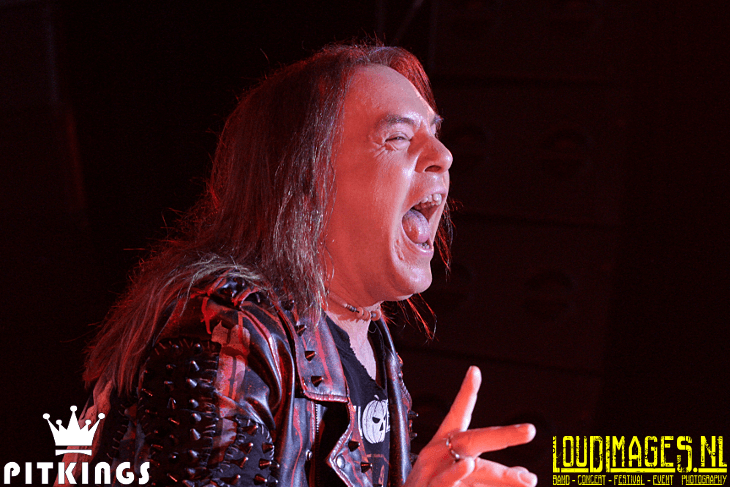 The Helloween-machine brings us not only entertainment, but also a long list of classic metal songs. Highlights for me are the tracks ‘Are You Metal?’, ‘A Little Time’, ‘How Many Tears’, ‘Future World’ and ‘Judas’. Halfway the set there’s also room for the slow ballads ‘Forever and One (Neverland)’ and ‘A Tale That Wasn’t Right’, resulting in a nice moment of rest and an enthusiastic crowd singing along. During the last song ‘I want out’, the balloons go in to the air and the band is kicking and throwing them into the crowd. At the end of the song CO2-canons go off and a truckload of confetti is filling the air of the venue. The band gathers in the middle of the stage and takes a few bows after a two and a half hour show! 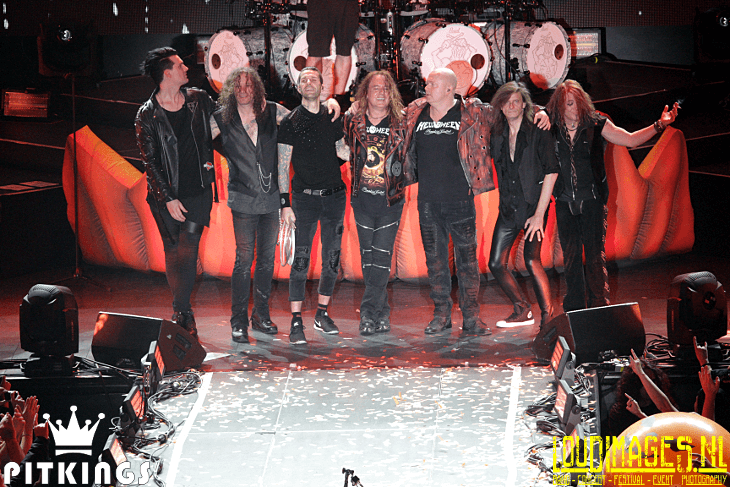 This performance showed the diversity of Helloween and their huge influence on metal nowadays. Not only on speed, power and thrash metal, but also on modern, symphonic and even folk metal. This was for sure the right moment to let the pumpkins reunite after 23 years. The band still got the skills, speed and enthusiasm and Kiske’s voice is still in excellent shape. Like he said himself “I Lost my hair, but not my voice!”. And yes, for me he still is the voice of Helloween. This show was on big rollercoaster without any boring moments. And what a great songs did this band wrote the past 33 years! For the people who couldn’t make to catch them, hopefully they return soon! 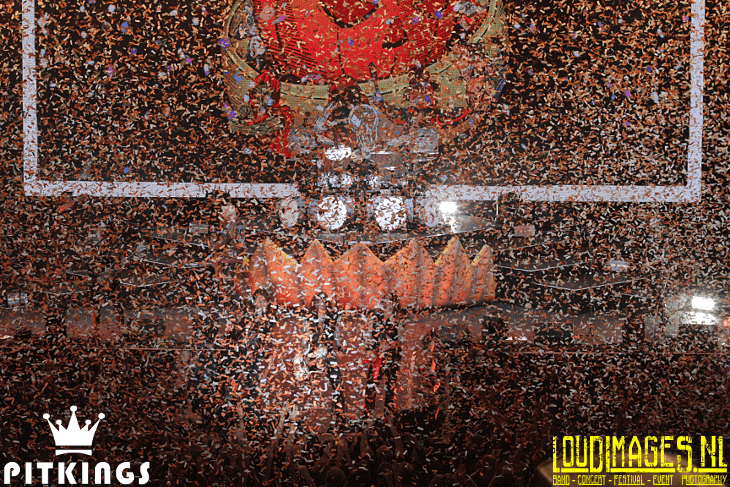 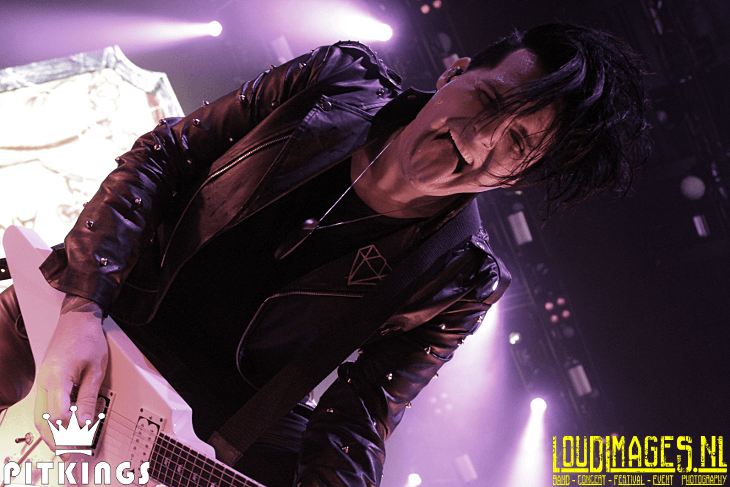 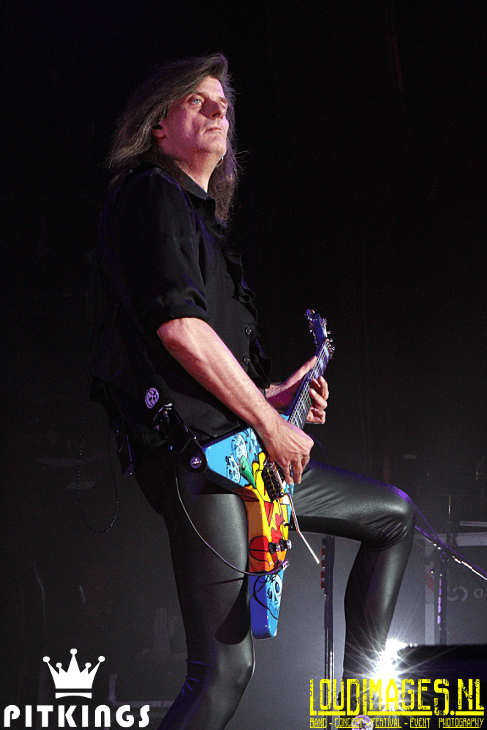 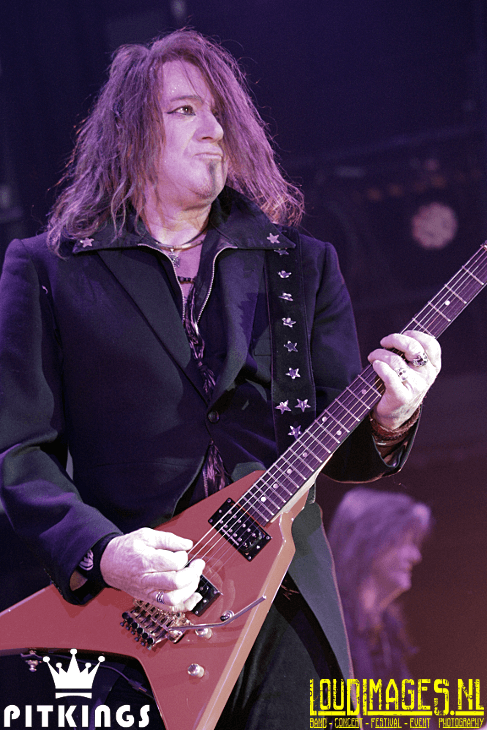 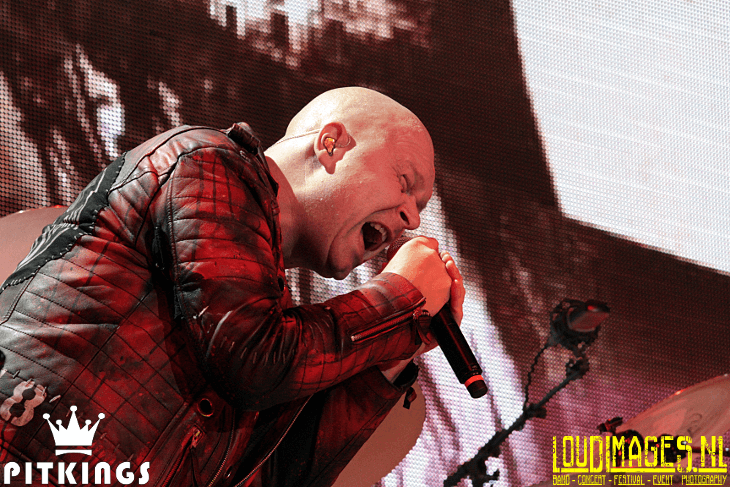