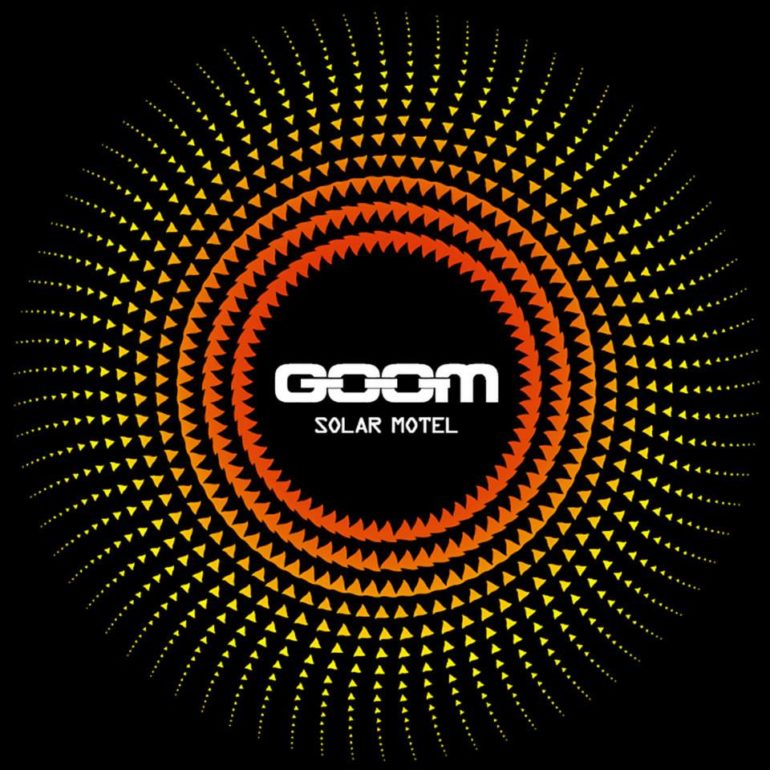 The new Dutch band GOOM is a powertrio with members from ZEUS and Astrosoniq. On April 16th 2015 they released their first album ‘Solar Motel’ by RVP records.

About GOOM
On their Facebook GOOM discribes themselves as “With their thick guitar riffs, grooving bass lines, pounding drums and raw vocals, GOOM sounds overwhelmingly heavy. Alice in Chains meets Black Sabbath with a touch of King’s X.” Goom is founded by Zeus members Roy Jansen and Paul Jansen and asked Erik de Vocht from Astrosoniq as their singer and bass player.

Solar Motel: high quality produced album
I put the CD in the player and press play. BOOM! The sound is pumping through my speakers! The first thing I notice, is the high produced quality and the very, nice heavy sound. Also the instruments and vocals are mixed very good into solid songs and the guitar solos are fitting in perfect.

Now I have to be honest: I’am not a big stoner fan. For me it’s all a bit to slow, not enough melody and maybe even a little bit boring. So I lost attention after a few songs, except when the fast songs are coming by! Those songs grabbed me and are really taking this album to a higher level and are the refreshing parts on the album.

So, I can imagine that you stop listening after a few songs, when you are not a big stoner fan. BUT! When you listen closely to the album you hear a lot of details in the songs which make every song more exciting then the first time you heared it. And thats the power of this album. A good job for a debut album from this guys and hopefully they are coming soon with a second album with more fast songs!