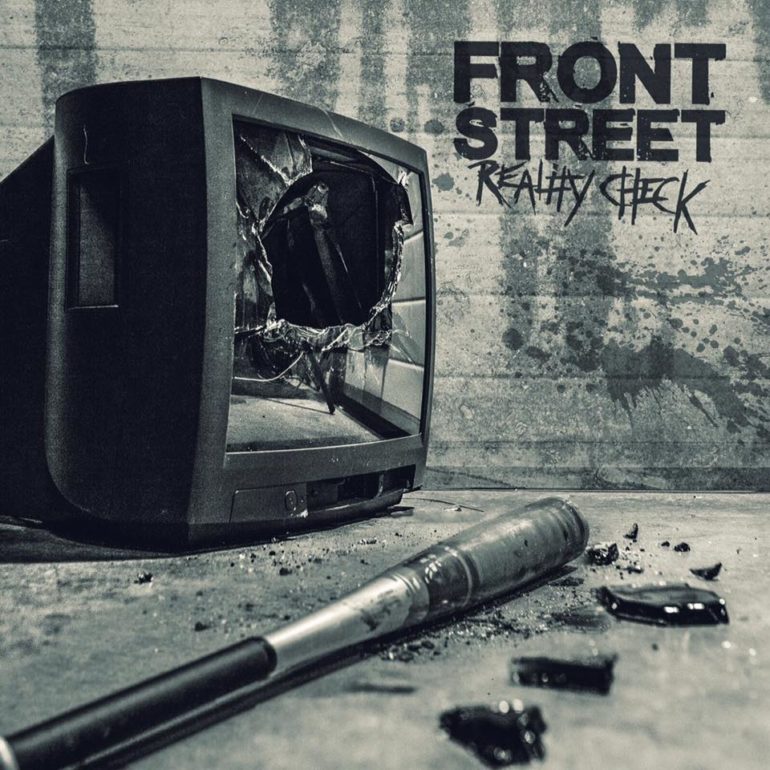 The Dutch nu-metal band Frontstreet just released their long awaited debut album ‘Reality Check’ on September 9th, 2017. A welcome album after their EP ‘Under Pressure’ that was released in 2015. This relatively young band was formed in 2015. These new kids on the block are rapidly establishing a name for themselves. They played support for Crazy Town, performed live at the Dutch radio station 3FM and performed on many stages throughout the country. The band’s track ‘Bad Habit’ is regularly broadcasted on Dutch television.

Frontstreet’s sound can best be described as a combination of metal, rap and electronical elements. The album perfectly captures the spirit of bands such as Korn, Limp Bizkit and Linkin Park. The whole album breathes the influence of these heavyweights. Big shoes to fill, but Frontstreet seems to get away with it. The band stays true to the genre. As far as the production of the album goes, the band is on point. Which is reflected in the natural feel of the album. Consistent quality tracks, and a well-balanced tracklist that flows.

Frontstreet singlehandedly recorded and produced the album, with no involvement of a recordlabel. The titletrack ‘Reality Check’ vaguely resembles Linkin Park’s early work. Sharp and edgy guitarplay combined with mixed sound effects. The buildup of this album is a pleasant one, as the riff work and guitarplay gradually intensify. Overall the lyrics are blunt and ‘in your face’ which is exactly what you’d expect within the genre. The vocal parts are pretty raw an unpolished. Skits, spits and grunts all over the place. ‘Bad Habit’ has the same feel to it as ‘Break Stuff’ and ‘Take A Look Around’ which can raise a little bit of nostalgia when listening to this album. The screams and flowing rap are definitely spot on. Sharp.

Overall ‘Reality Check’ is a well-produced album, with not much to fault. Only observation is that the Dutch accent on the lead vocals is there, whether you like it or not, that’s debatable. With its steady live reputation, a band you might want to keep in mind this season.