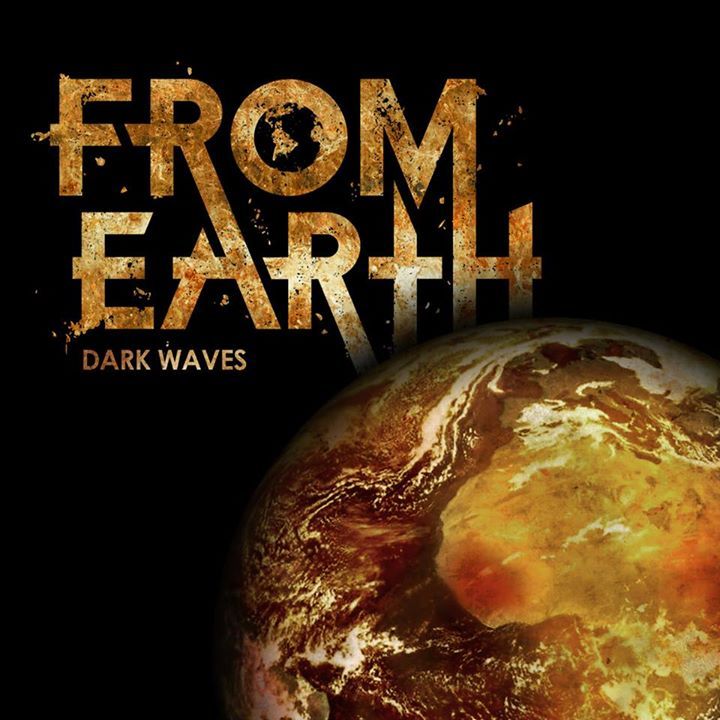 From Earth is a brutal music collective from the Netherlands formed in 2012. The band consists of members from Born From Pain, Blind Sight, Colossa and 37 Stabwoundz. They just released their new album called Dark Waves and Johan wrote a review about it.

Dark Waves
Dark Waves starts off with ‘The Fallen Ones’ (video). After a half minute build up, they immediately set a dark and heavy tone. It’s clear that you can hear influences from bands like Machine Head, Lamb of God and Killswitch Engage in their music. Deep growls, heavy riffs and variating to more cleaner vocals, which gives a splendid combination of complexity and melody. The 4th song ‘Blood Runs Cold’ is a great song! It has got a memorable refrain in it that you are shouting out in no time.

The next on the track list ‘The Perfect Storm’, is a song that kicks in with a heavy guttural vocal. A song that grabs you by the balls! ‘Into the Abyss’ and ‘Dark Center’ set the tempo slightly slower, which creates more room for a vivacious and crushing sound. You can also hear some influences from Gojira and Mastodon in there. The last 2 songs ‘Age of Deceit’ and ‘New Light’ take it to a great final on this intense and professional album.

Conclusion
You can here that the individual band members got loads of experience in the heavy metal scene and they know what they’re doing. Great job! Hopefully we’ll be hearing and seeing more from this interesting collective of heavy metal musicians. Interested in seeing them play live? They got shows at the following dates: January 24th 2015 Nieuwe Nor, Heerlen & February 28th 2015 Bastille Metalfest, Schoonhoven.