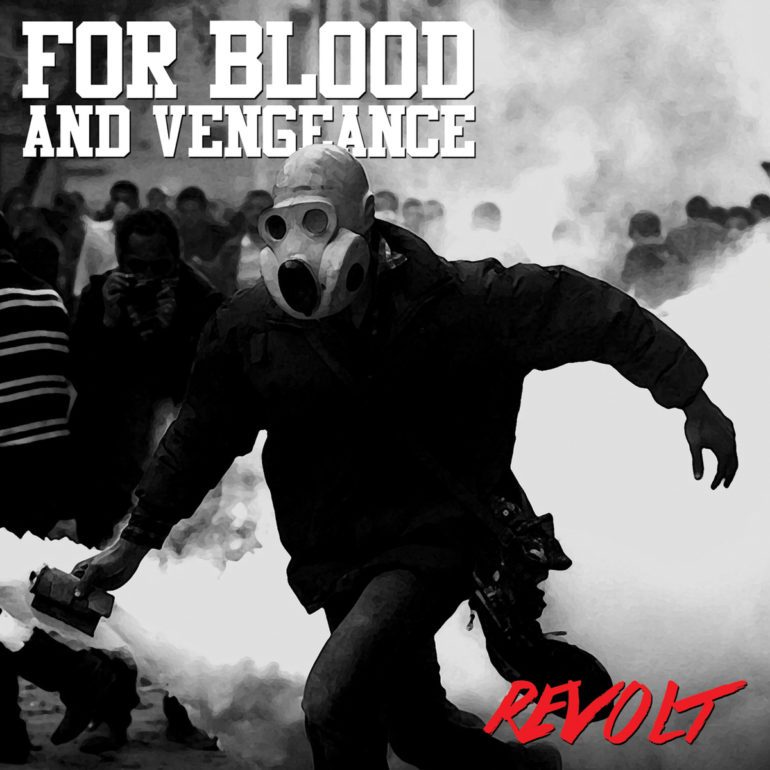 The Dutch old school hardcore band For Blood And Vengeance is working hard on the road to break through. After two previous releases, the band released their new EP ‘Revolt’ on May 25, 2015.

The EP begins with State Of Grace. This song, with a length of 1:50 minutes, is a pure introduction of the EP. At the beginning they referred to the name of the band, after which the number really begins. Simple, yet typical hardcore, melodies are spewed out of the speakers. The band starts hard and doesn’t stop the entire album. Also in the fourth song, By My Rules, the band sticks to their own sound. However, this song is a bit longer than the first one. A full-length song of 3:27 minutes and the band is true to the sound. Live, the song would be completely amazing. The crowd would go wild and scream the lyrics. Especially ‘By my rules’. This continues in the fifth song The Enemy Lies Within (video). Here the band also did a great job to make it a great song. The guitar riffs alternate each other. Slower and faster parts go well together with the alternation in the vocal parts. In this song, the band proves they know how to make a song worth listening to.

Aftermath is the last, and also the longest, song of Revolt. The band gives them all to end the EP in style. It’s definitely the strongest song on the album and will be amazing on stage.

The band certainly has potential to become one of the greatest. Strong musical riffs, variation in tempo and lyrics that the audience will surely scream along characterize the album. Definitely an EP worth listening to. I’m gonna put in on repeat for the next couple of hours.